"Movies will make you famous; Television will make you rich; But theatre will make you good.”  - Terrence Mann I went to Ljubljana to enjoy the Ana Desetnica International Street Theatre Festival , a four day festival that takes over the streets of the capital of Slovenia.

This year's theme was masks and clowns and it was interpreted in countless ways from highly-skilled jugglers throwing balls around in time to music to silent acts with painted faces and over-emphasised expressions of the purest emotions: delight, excitement, sadness, anger, and determination.

So much determination. And talent.
The performers who danced, sang, leaped around their temporary stages of cobbled stones and bridges over the Ljubljanica River, made me think about how theatre is so utterly different from other forms of acting.

There are no second-takes, no options to pause and edit, and because the street is a stage, anything can happen, like wayward children who wanted more audience participation than perhaps ping-pong juggler Dan Le Man wanted. (He handled them like a true professional.) When I was a teenager I had grand hopes of being an actress, the Oscar-winning kind.

As part of my strategy to achieve this, I took Theatre Studies A-Level. It was sheer fun wrapped up as school and it didn't take long for me to fall in love with the stage; both standing on it and looking up at it.

There are many reasons why I didn't pursue my ambition - better grades in other subjects and a fear of auditioning among them - but I haven't fallen out of love with being a spectator. Ana Desetnica allowed me to indulge this love... and best of all it was completely free and therefore shared with many others who stumbled upon these performances popping up without pomp or ceremony across a city that is already beautiful enough  to make people smile stupidly. Supported by the local tourist board , the city and Slovenia's Ministry of Culture Ana Desetnica is organised by the Ljubljana-based Ana Munro Theatre , the event is completely free and many of the performances weren't dependent on a knowledge of Sloevenian and I saw children sitting at the front of all the acts I watched.

My favourite act was possibly MC Fois, a (very, very) hairy Italian with a moustache Freddie Mercury would have been proud of performing a number of circus style tricks in a tutu. I was also very impressed by Vertigo - a Slovenian duo who performed not on the ground but on the side of an office building with some help from an overhead projector (here's a bad photo !!) and I also loved the melodrama of Faber Teater who "stage hopped" along the streets of the old town on stilts. The line up also included theatrical tours of the city (in English and Slovenian) and very special tours led by local people who aimed to share their version of the city. I shared a video on Monday, but here's one from the first day. I have more stories to tell, about the way this festival reignited a love of not just theatre but story-telling, performing arts and that warm fuzzy feeling you get when you find yourself laughing with strangers . But for now I'll leave you with more photos, which I hope capture some of the atmosphere I enjoyed. 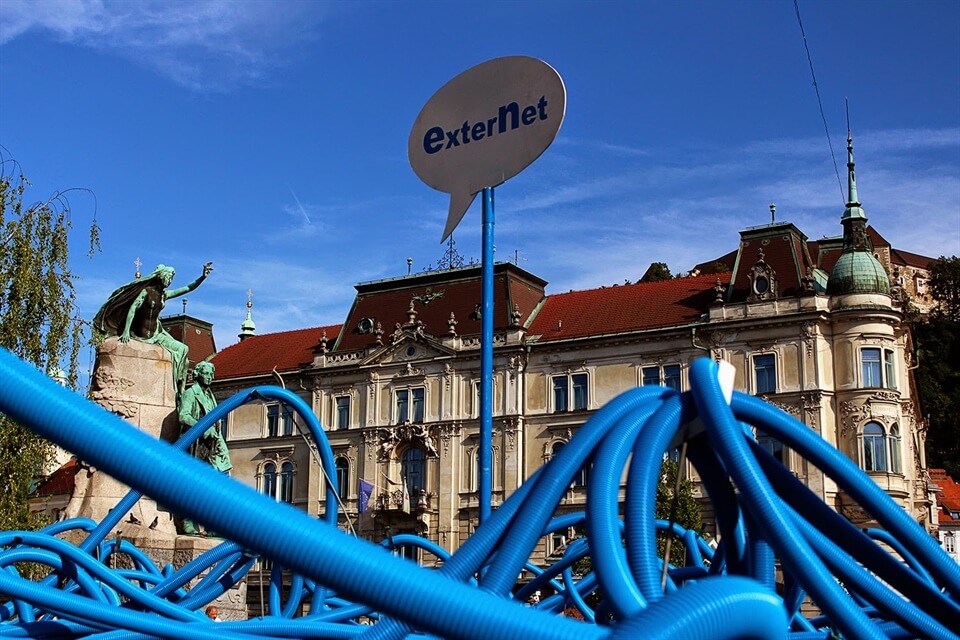 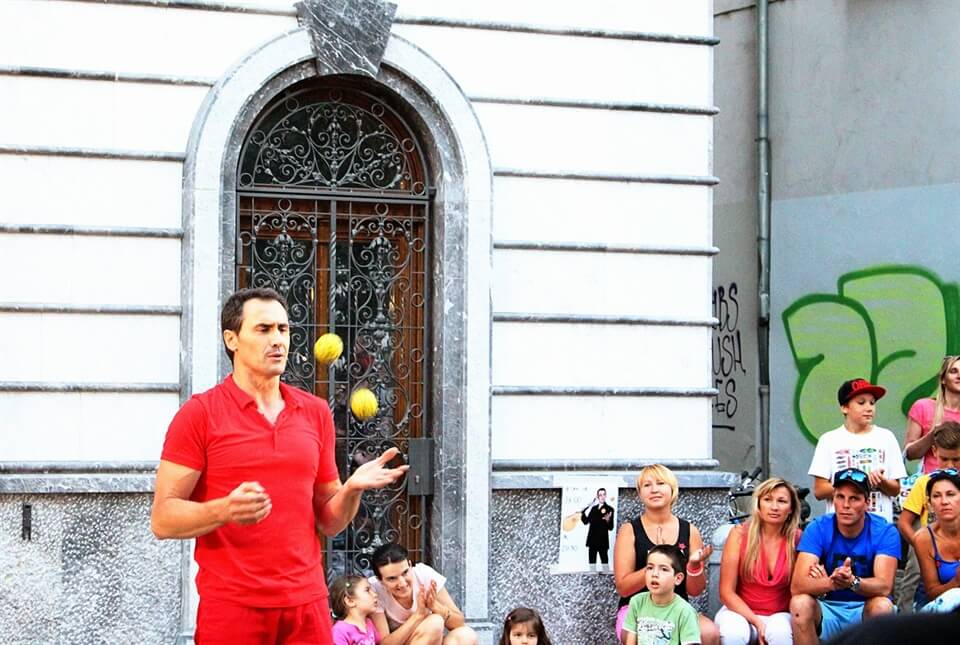 Londoner turned wanderer, Frankie is an author, freelance writer and blogger. Currently based in Amsterdam, Frankie was nomadic for two years before starting a family with her Australian partner. Frankie is the author of three short story collections, and is a freelance writer for travel and creative brands. In 2017, she launched WriteNOW Cards, affirmation cards for writers that help build a productive and positive writing practice. When not writing contemporary fiction, Frankie shops for vintage clothes, dances to 70s disco music and chases her two young sons around Amsterdam.
Find Frankie on Facebook, Twitter, Instagram, Pinterest, and Google+.
ANA DESETNICA FESTIVALLJUBLJANAMUSTLOVEFESTIVALSSLOVENIAEUROPETRAVELFESTIVALS
Next
On Writing: About My Writing Life
Previous
10 (Mostly) Free Apps for a Trip to Amsterdam
Posts you may also like: