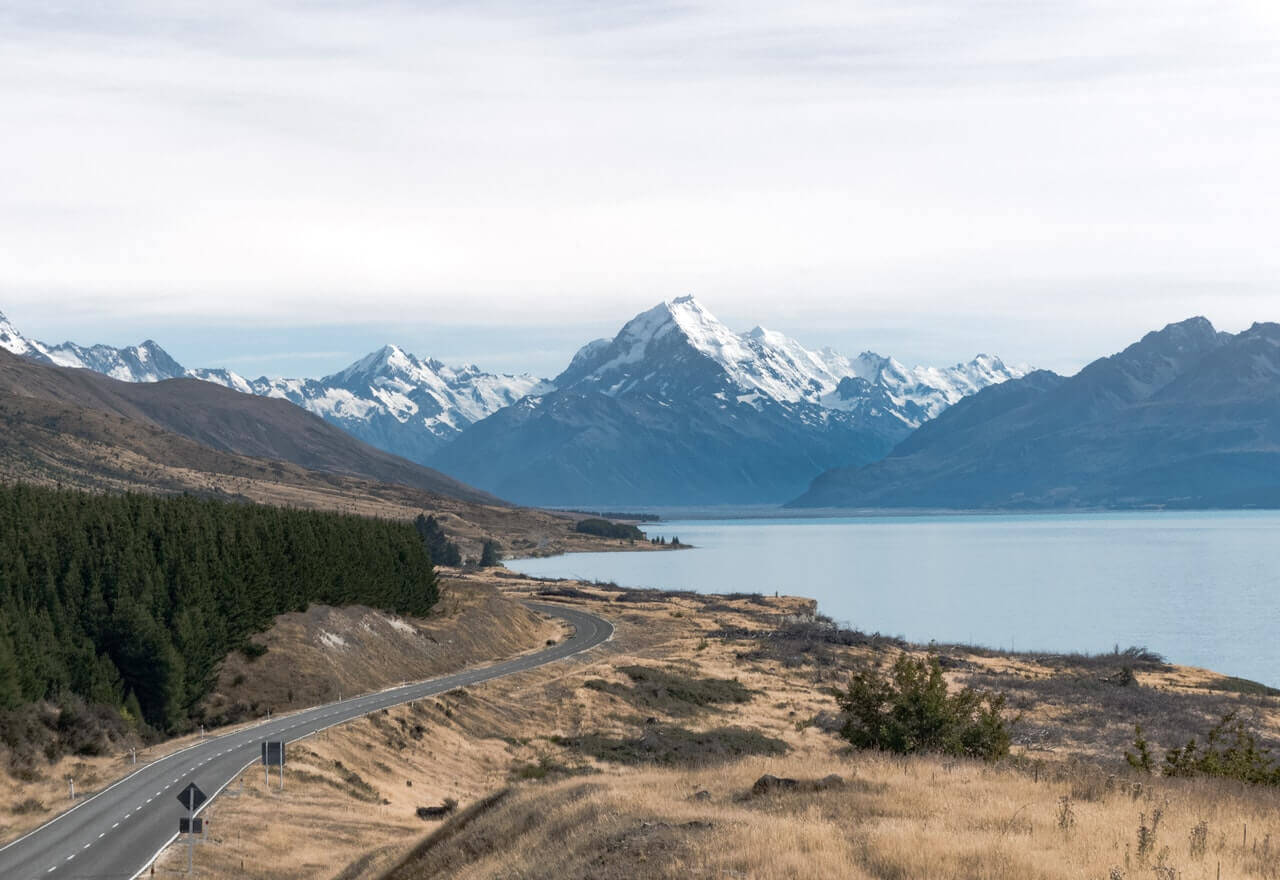 This not your typical blog post from me - and indeed it's a guest post, written by the lovely Camille from Crafty Explorer - but it's the kind of travel blog post I REALLY enjoy reading. Facts about countries help you quickly get to know them quickly and they often prompt me to do a little further research into specific things about a place. So that's why I'm really proud to present you with 50 interesting facts about New Zealand Aotearoa.

The destination is especially important to me because I'm currently working on a novel set in this beautiful and special country, so I definitely consider this post research for that project, but also, I just really enjoyed learning new facts about New Zealand Aotearoa and learning more about a country I think is on everyone's bucket list. So yes, I hope you too really enjoy these New Zealand facts. Now over to Camille!

There's a lot to love about New Zealand Aotearoa, from its glorious landscapes to its diverse people. Its unique combination of beauty and history make it one of the most magical places in the world.

You probably already know that New Zealand drives on the left-hand side of the road and what the capital city of New Zealand Aotearoa is, but do you know about the country's native carnivorous snail or the meaning of New Zealand's Maori name? If not, it's time to get to know the country better.

Here are 51 interesting facts about New Zealand that will very possibly help you learn something new about this beautiful country today!

1. There are three types of Kiwis in New Zealand: the bird, the fruit and the people.

2. Auckland is known as the "city of sails" with more boats per capita than anywhere else in the world.

3. The hill called Taumatawhakatangihangakoauauotamateapokaiwhenuakitanatahu, in Hawkes Bay has the longest place name in the world.

4. There is nowhere in New Zealand that is more than 128 km away from the ocean.

5. The national sport in New Zealand is rugby. You probably know their famous rugby team called "The All Blacks". They perform the Haka, a traditional Maori dance, at the beginning of every match. While many refer to the Haka as a war dance - and it can often look that way - it's actually also a ceremonial dance that is a symbol of respect, and so is often performed at weddings and funerals.

6. Only 5% of New Zealand's population is human (the rest are animals).

7. New Zealand Aotearoa is home to more species of penguins than any other country. Thirteen of the world's 18 penguin species have been recorded in New Zealand.

8. Wellington is the southern-most capital city in the world. (Yes, that's right - Wellington, NOT Auckland is the capital of New Zealand).

9. Blue Lake, in Nelson Lakes National Park, has the clearest water in the world.

10. New Zealand Aotearoa is one of several large islands around the globe where there have never been native snake populations. 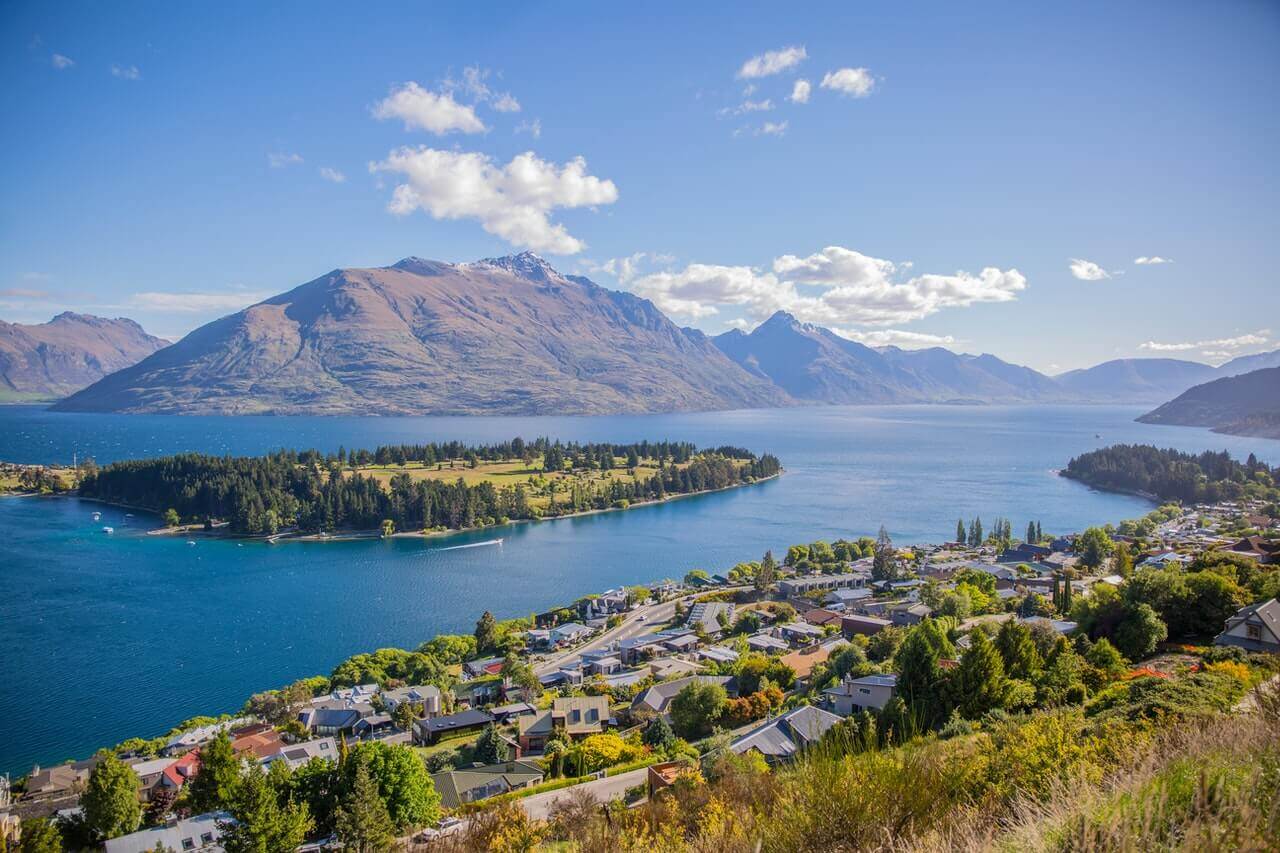 11. The world’s first commercial bungee jump operation was founded by New Zealander A.J Hackett and opened at the Kawarau Gorge Bridge, near Queenstown in November 1988. Queenstown is still considered the home and heart of bungee jumping and is where all thrill-seekers head to when travelling in New Zealand. Find out more things to do in Queenstown here.

12. The lowest denomination in New Zealand currency is the 10 cent coin and features Queen Elizabeth II on one side and a Maori koruru, or carved head, on the other.

13. According to the Guinness World Records, Baldwin Street, in Dunedin, New Zealand Aotearoa is the world's steepest residential street. The road has a gradient of 1 in 2.86 at its steepest section, a 35 percent grade.

15. The filming of the Lord Of The Rings movies pumped around $200 million into the country's economy.

16. The New Zealand government created a Minister for Lord of the Rings, responsible for investigating methods of capitalizing on the boom in tourism to New Zealand Aotearoa that followed the release of the films.

17. The Powelliphanta is a giant carnivorous snail living on the South Island. These big snails eat earthworms and slugs. They can be found mostly around Nelson. 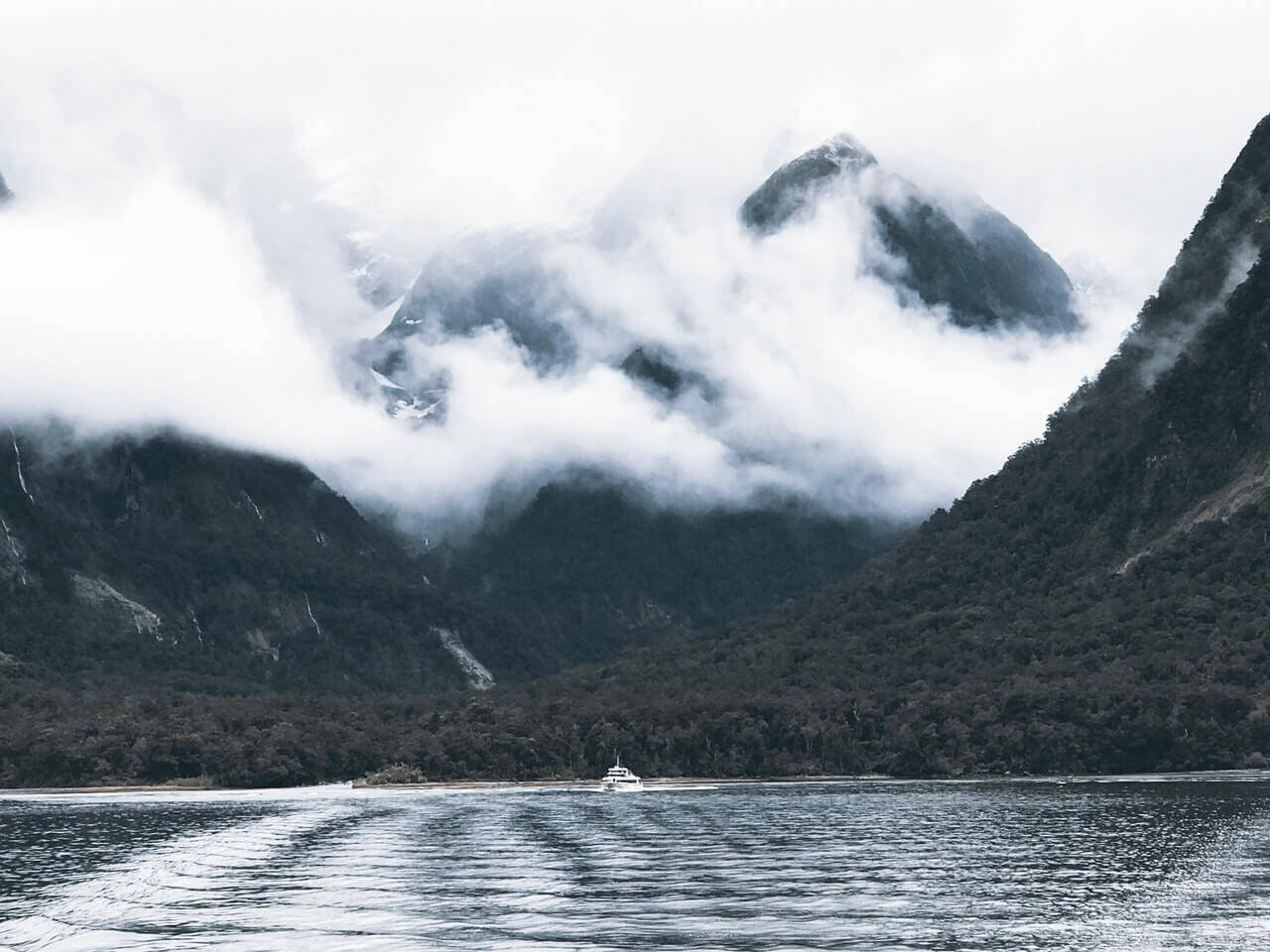 21. New Zealand Aotearoa is one of the few developed countries not using electricity (indigenous or imported) from nuclear energy, which means there are no nuclear power stations in the country.

22. New Zealand Aotearoa is the only country with the right to put Hobbit-related images on its currency.

23. New Zealand Aotearoa was the last major landmass to be inhabited and colonized by humans.

24. The Kea, the world’s only alpine parrot, is native to New Zealand Aotearoa and is known for dismantling cars. They pull windscreen wipers off cars and eat the strips of rubber from windows.

28. There are only two land mammals native to New Zealand, and they are both bats: the long-tailed bat and the lesser short-tailed bat. The Maori name for both species is Pekapeka.

29. The East Cape, located North of Gisborne, has the honor of witnessing the world's first sunrise each and every day. 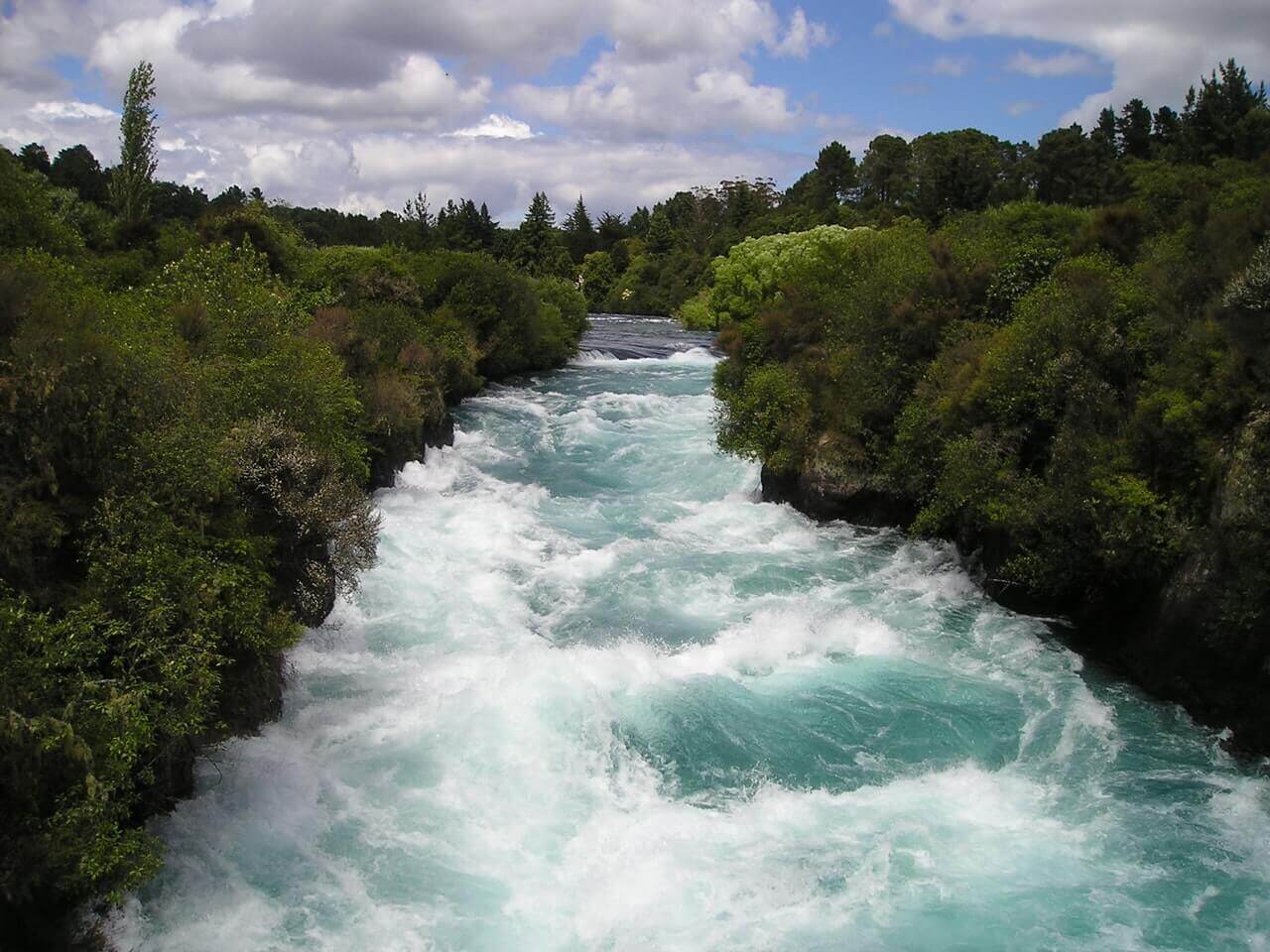 30. The Kakapo, the one and only flightless parrot in the world, is endemic to New Zealand Aotearoa.

32. With only 4.7 million residents, New Zealand Aotearoa is one of the world’s least populated nations.

33. New Zealand Aotearoa is the fourth largest producer of wool in the world with a total of 11% of the production.

34. New Zealanders most popular activity is tramping, their word for walking or hiking.

35. In 1642, Abel Tasman was the first European to sight New Zealand Aotearoa.

37. Taupo is home to one of the world’s coolest McDonalds. Part of the restaurant is in a decommissioned DC3 plane, where you can seat and dine.

38. In 1893, New Zealand became the first country in the world where women had the right to vote.

39. The Maori are settlers from eastern Polynesia and arrived in New Zealand between 800 and 1300. 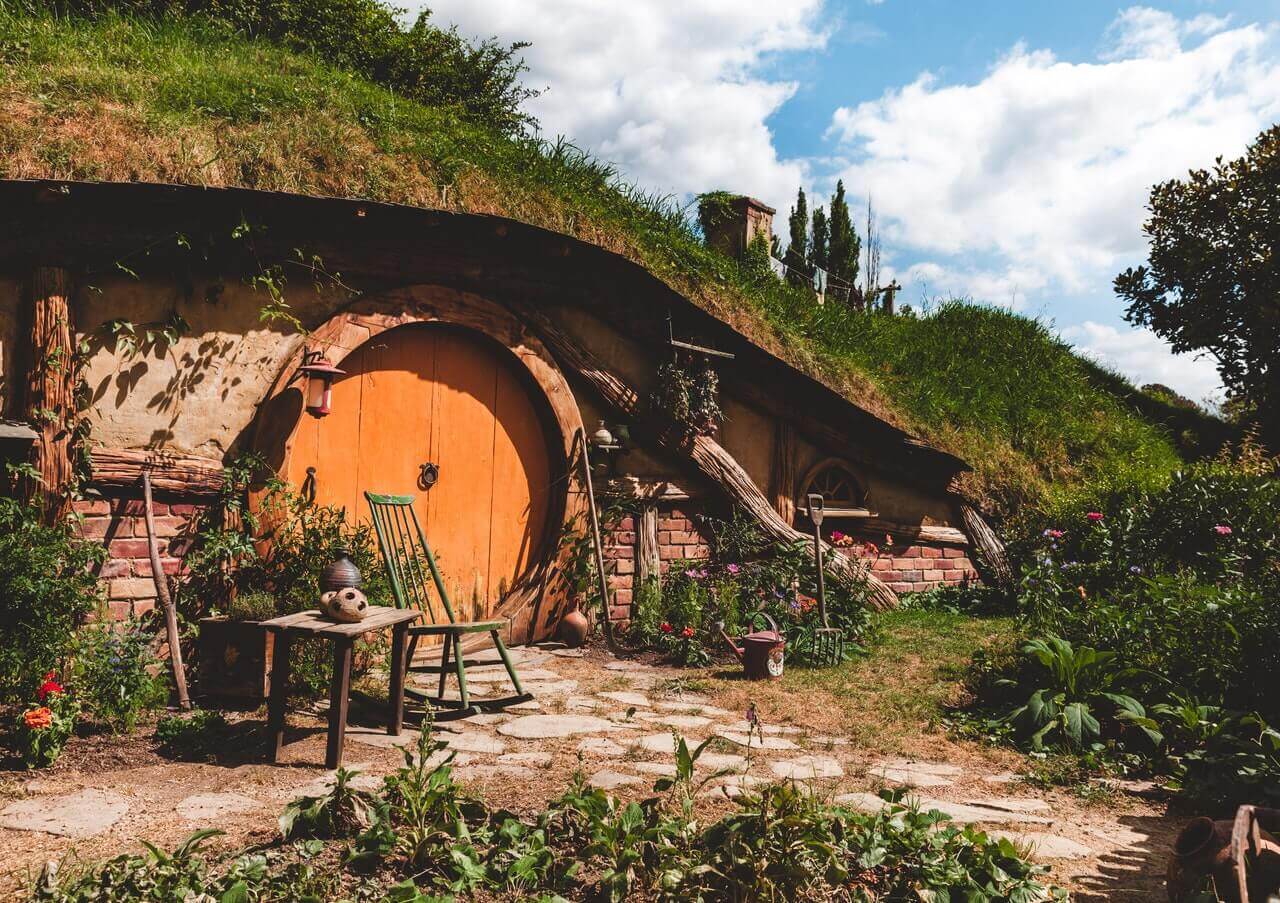 40. Maori people greet each other by closing their eyes and pressing their foreheads and noses together. It's called the Hongi and it symbolises giving one another the breath of life.

41. Traditionally Maori people cooked food under ground in pit ovens. This is called the Hangi.

42. Maori tattoos are an important part of their culture and each one is unique. They often make statements about a person's status in their community.

43. Hobbiton was not the first collection of homes built into the land or hills. Many Maori communities used to live in huts built into the ground or land called Pas. There aren't any original Pas inhabitable today, but some have been rebuilt for visitors to learn more.

44. New Zealand’s Greenstone, also called Pounamu, can only be found in NZ. Pounamu is very important in the Maori culture. It’s also a great gemstone for empaths.

48. There are more sheep than people In New Zealand Aotearoa, approximately six per person.

49. The giant Weta, native to New Zealand Aotearoa, is the world’s heaviest insect. A Weta can grow as big as a gerbil and loves carrots.

50. In 2015 and 2016 there were two referendums where the country voted on a possible new flag design. The final result led to the country keeping its original flag design which features the United Flag of Great Britain in the corner, and four stars which represent the Southern Cross constellation.

51. New Zealand's name comes from the Dutch explorers' name for the country when they first arrived there. Nieuw Zeeland literally means New Zeeland, with Zeeland being a province in the Netherlands. In recent history many people have started to use Aotearoa as the only name in some contexts, or alongside with New Zealand, but it is not an official name for the country, although many Kiwis have voiced their support and approval of this.

And there are your 51 New Zealand facts!

New Zealand is a fascinating country, and truly, one of the best countries in the world. From its incredible landscapes to amazing wildlife, Aotearoa is definitely worth knowing better. How many of these facts about New Zealand did you already know? Let us know in the comments below!

Camille is a jewelry maker and blogger over at Crystal Healing Ritual, where she sells healing crystal jewellery. Dedicated to travelling sustainably, Camille has been roaming the world and living abroad for over seven years. When she’s not traveling, you’ll find her hiking or reading a good book. You can also follow Camille on Instagram.

Here are some images you can pin you can save and share these New Zealand facts. 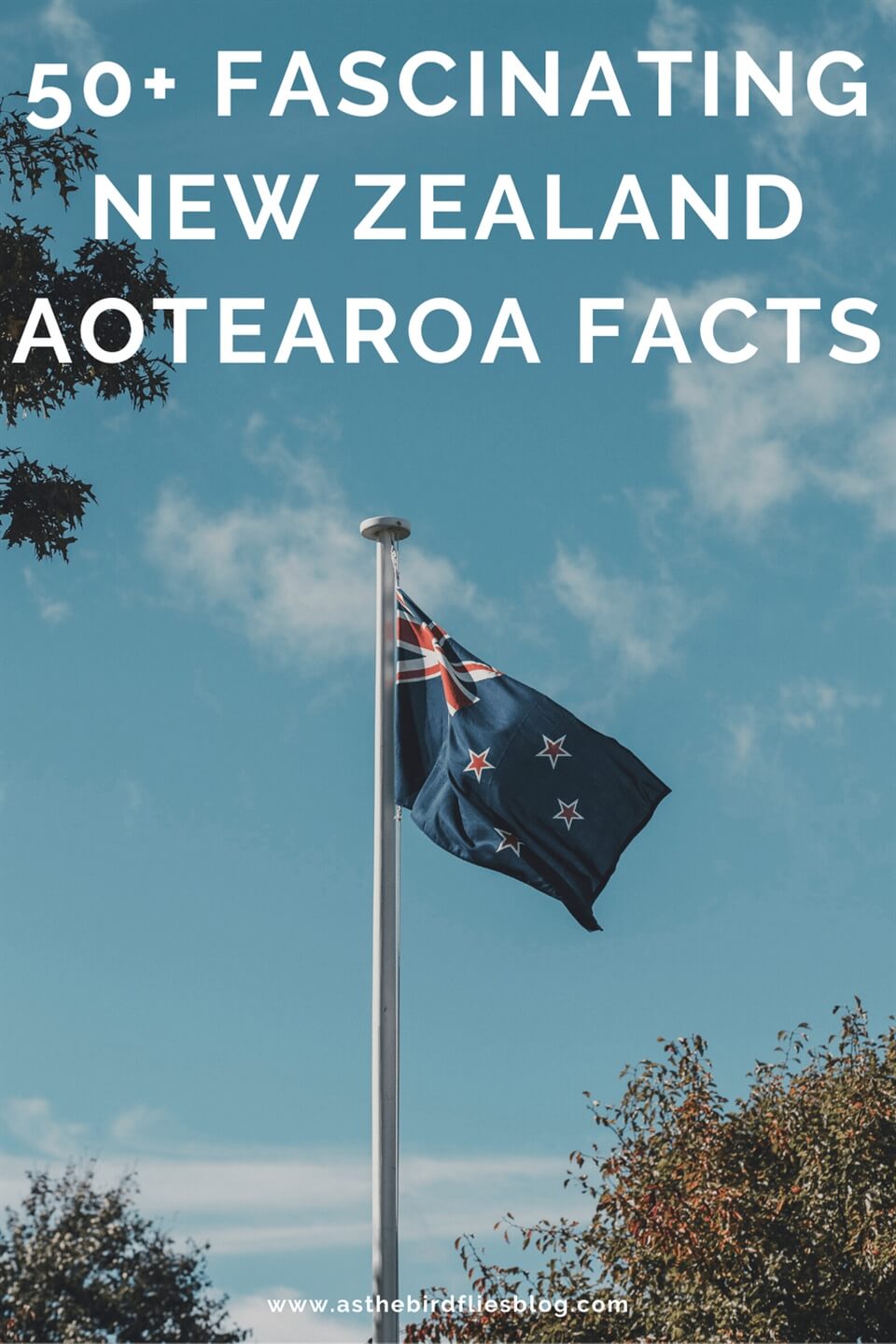 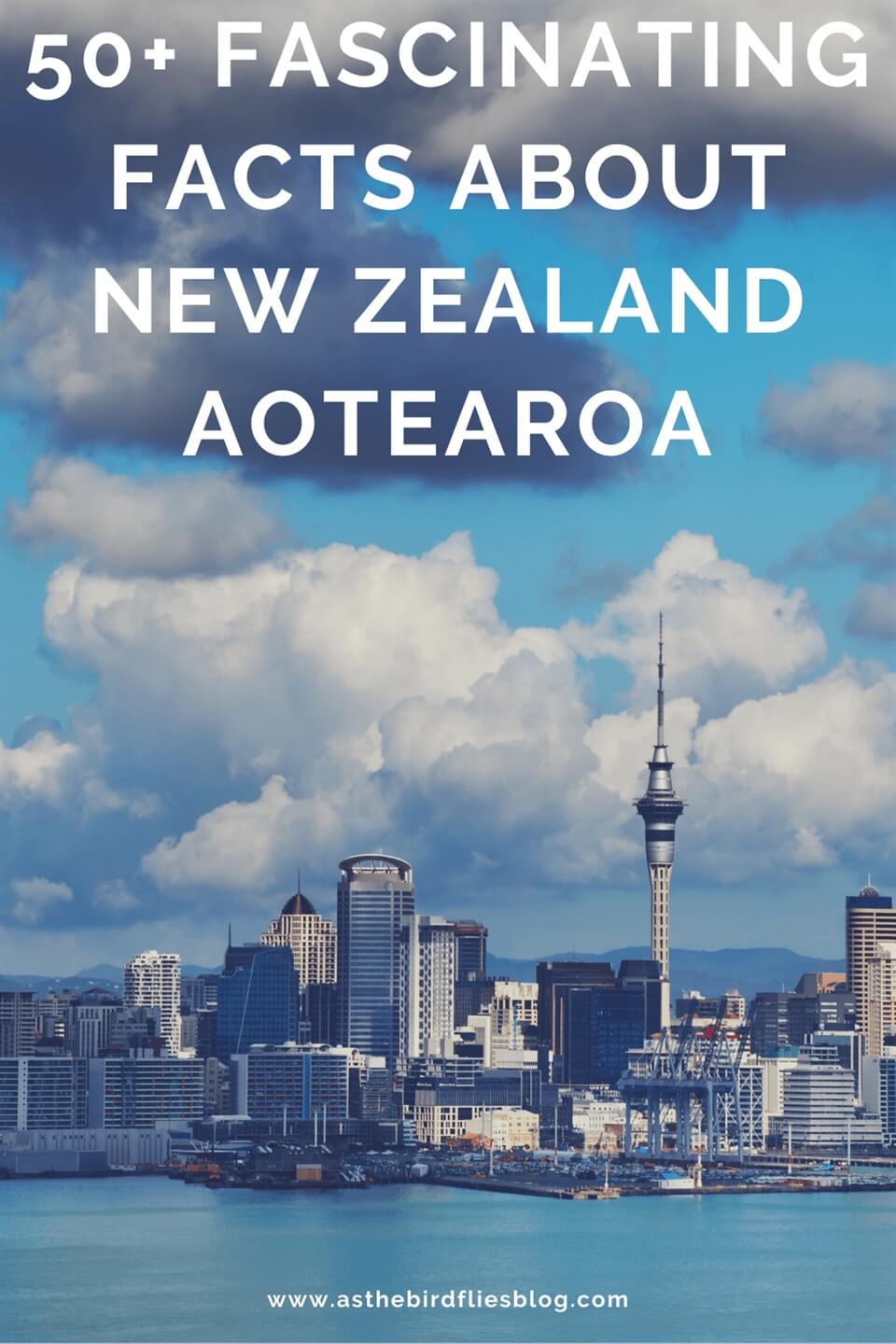 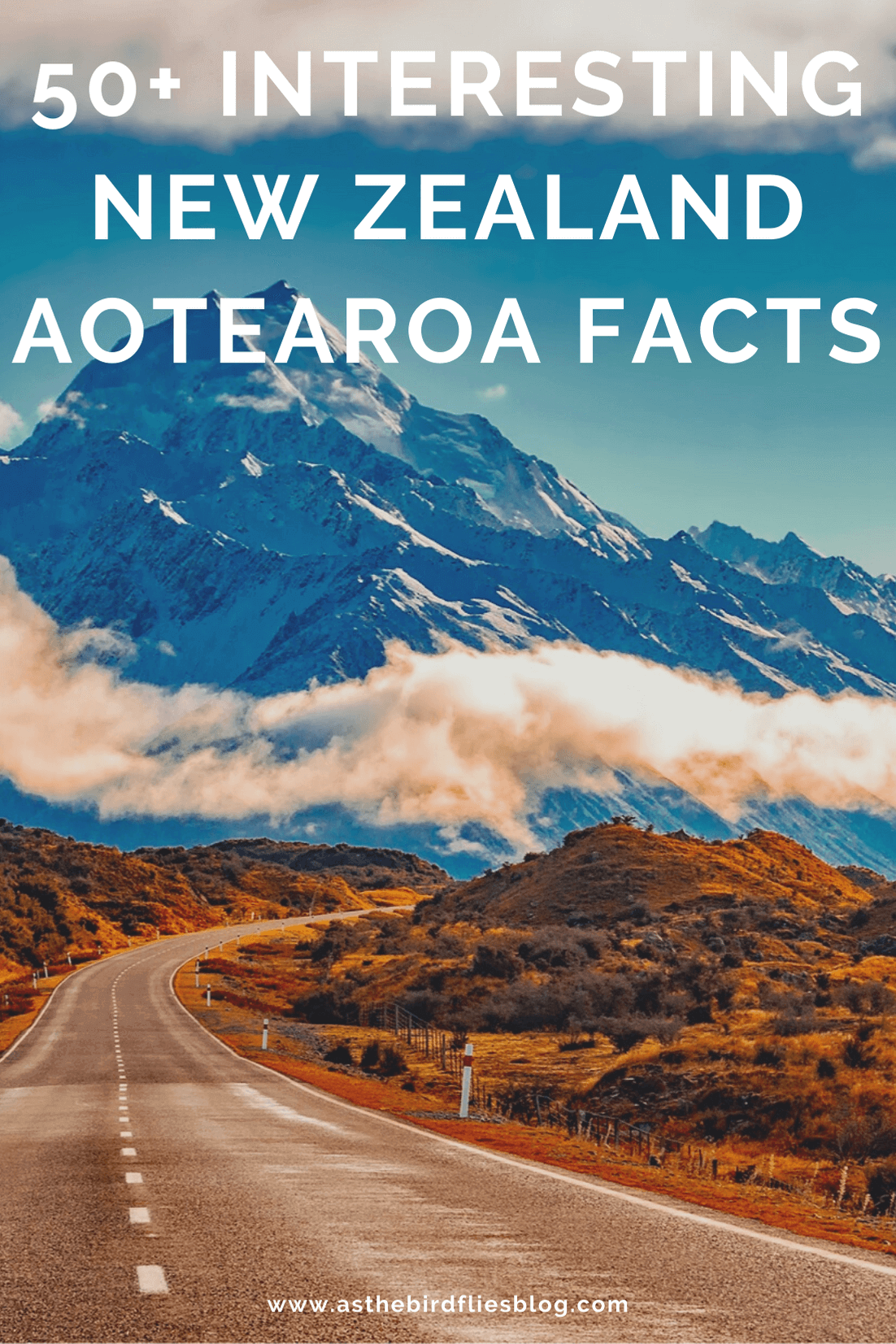 And finally, if you'd like to submit a guest post, you can find out more how to do this.

Londoner turned wanderer, Frankie is an author, freelance writer and blogger. Currently based in Amsterdam, Frankie was nomadic for two years before starting a family with her Australian partner. Frankie is the author of three short story collections, and is a freelance writer for travel and creative brands. In 2017, she launched WriteNOW Cards, affirmation cards for writers that help build a productive and positive writing practice. When not writing contemporary fiction, Frankie shops for vintage clothes, dances to 70s disco music and chases her two young sons around Amsterdam.
Find Frankie on Facebook, Twitter, Instagram, Pinterest, and Google+.
NEW ZEALANDTRAVELFACTSGUEST POST
Next
Netherlands Travel: The Best Cities in the Netherlands
Previous
On Writing: What is Writer's Block?
Posts you may also like: