Last week I published some photos from my summer boat rides in Amsterdam. It then struck me that you might like some tips on how to go about hiring a private boat to see Amsterdam's canals, or find out some other ways you can see the city from the water when you come to visit.

So here you go. I've compiled a list of ways you can explore Amsterdam's canals by boat, either privately or with a company, how you can even see the city by boat for FREE (!) and also how you could even use your own pedal power to see Amsterdam from the water. Feel free to leave any further questions in the comments and I'll do my best to answer them.

Tips for hiring a boat in Amsterdam

While there are numerous canal boat tours in huge low-level boats, there's something special about hiring your own private boat in Amsterdam. To both tourists and locals, spending time on a boat, cruising around Amsterdam's canals in the sunshine is one of the best ways to spend a summer's day. It can also be nice in other seasons if you're wrapped up warm enough.

If you don't want the responsibility of driving your own boat I have listed some alternatives below.

If you are looking to hire a boat in Amsterdam, these are some links to companies that will hopefully be helpful. I've not (yet) used the companies listed because we've been lucky enough to have friends with their own boats, but I've heard good things so hope they deliver.

Based near the 5-star Okura Hotel in De Pijp Boaty.nl rents out solar-powered, metal boats for three hours, four hours or the whole day. I would say that their boats are a good size for a group of 2 - 5, maybe more with children. Their website is in multiple languages and they will provide life jackets for those who want them. Although their location is slightly out of the city centre, I would almost recommend making the journey here to start your boat ride because you will then have the opportunity to sail into Amsterdam down the Amstel and under Magere Brug ("Skinny Bridge"). You can read my full review of a trip on a Boaty boat here.

The oldest electric boat hire company in Amsterdam, Canal Motorboats is a family-run business that offers competitive rates for hiring boats for small groups. Slightly bigger and possibly sturdier than the Boaty boats, as they are also electric they will be nice and quiet to spend a few hours on. Their pick-up and drop-off location isn't very central at all (it's over in the old dock area near Westerpark and Harlemmerbuurt) which may put some off but remember that travelling across Amsterdam by public transport is very, very easy so don't be put off for that reason. We've not yet tried a Canal Motorboat but have had a few nice emails with the owners and hope to test them out one day soon. I'll let you know!

We've seen lots of people enjoying days out on a Mokum Boot. They do appear to be a little bigger than Boaty's boats so should comfortably accommodate 6-8 people, though their website says they also have boats large enough for 20 people. There are two locations to collect the boats from; on Nassaukade on the outskirts of the three ring canals, or near Amsterdam Zuid station, which is again a nice place to then sail into the city from. Let me know if you try MokumBoot and what your experience is like!

Or for something special you could consider hiring the unique saloon boat "De Tourist". It is unique in the sense that it is the oldest saloon style tourist boat that is still operating on Amsterdam's canals and it can be privately hired for a tour from its current home, Hotel Pulitzer. I got to spend the afternoon on De Tourist as part of my Eating Amsterdam tour, and it was such a special - and luxurious - way to travel. Highly recommended!

Tips for driving a boat on Amsterdam's Canals

Stay sober. Ish. To many, a day out on a boat on Amsterdam's Canals is also called a "piss up". You'll hear music blasting from many, you'll see people drinking all day long and be prepared to be heckled, shouted at and waved at by those partaking in these activities. I can't hold my hands up and say I'm not guilty of any of the above charges but of course, it's not compulsory. It just follows that if you plan on hiring a boat for this very reason you should be very aware that driving a boat while under the influence (of alcohol or otherwise, we are in Amsterdam remember) is illegal and if there is an accident, being drunk will not help your case.

There's a speed limit. You should always travel at a speed lower than 7.5km per hour (or 4 knots). Going faster will disturb the water too much causing problems for not only houseboats lined along the canals but also the canal beds themselves.

Stay to the right. If all else fails, remember this!

Canal boat tours rule. At least they think they do. And they are quite big, long boats so don't try to overtake them quickly or to get too close when they're turning.

Say hi to the police or municipality boats. Because they'll be lurking around, checking that traffic is moving along without issues. Especially when the weather's good. The police in the Netherlands are notoriously liberal and relaxed and won't stop you having fun, but they are around. You should see this as a good thing!

Amsterdam's canals are managed by Waternet and they've actually got the Vaarwater App that you can download to help you navigate your way around, find landmarks you want to see, and keep up to speed on any changes or news. However, I think it's only available in Dutch.

Alternatives to Canal Tours and Boat Rides in Amsterdam

If you'd like to see Amsterdam from the water but you don't want to go on a long organised canal tour or you don't want the responsibility of driving your own boat then why not try...

Free Public Transport Boats to and from Amsterdam Noord

There are a number of free boats taking you to and from Amsterdam Noord from the back of Centraal Station. Follow signs for "Boot" (and a picture of a boat) and you'll eventually see a number of stops for various blue and white GVB boats. You can find a map of the routes they take here and more information is available (including timetables) in English here.

They run into the early hours of the morning, they're completely free and you can take bikes on there (and most people do!).

TIP: You can take the one  to NDSM and spend the afternoon at Pllek if you like. And if you'd like some more free things to do in Amsterdam, here's the ultimate list!

Called "canal bikes" by the companies who have them for hire, I'm STILL yet to travel around Amsterdam by pedalo and I really, really want to do this. You can hire one from Canal (the company that also runs organised tours) and while it's also slower and safer than hiring your own boat, it's also cheaper. That said, you may find it harder work and you may not see as much.

I'll let you know if, no, WHEN I get around to finally doing this!

I hope this is helpful. I've got a few more Amsterdam Travel Advice posts lined up, but do let me know if there's anything specific you'd like to know. 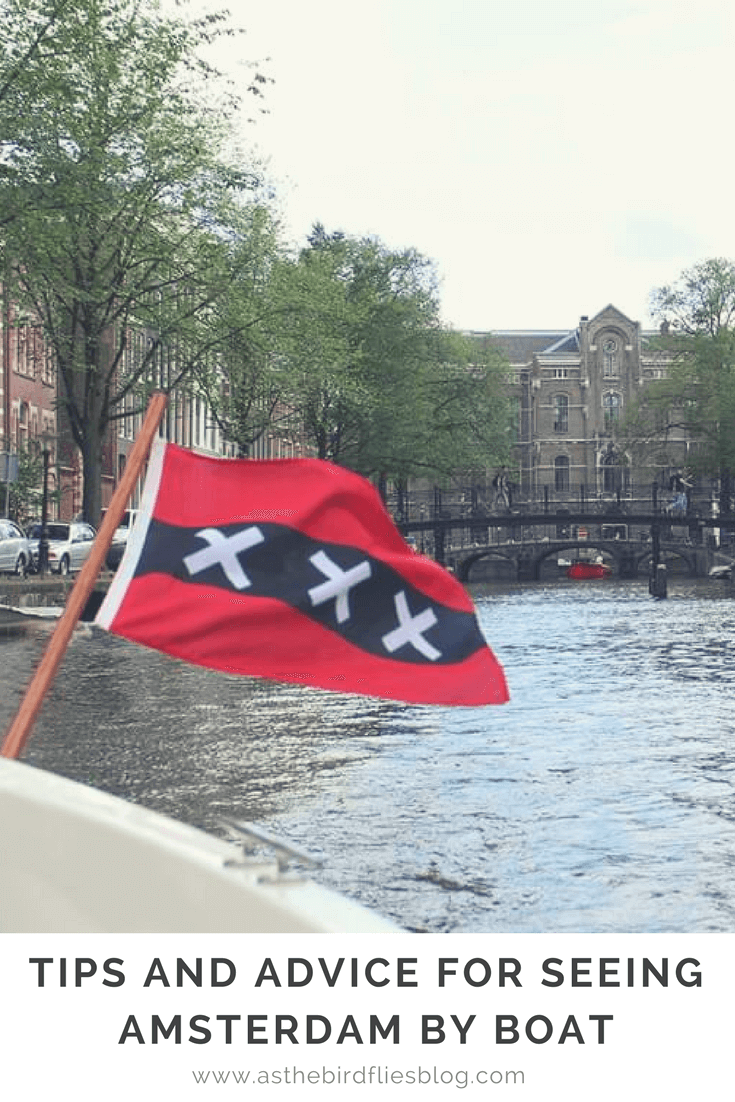 And here are some more posts to help you plan your trip to Amsterdam:

The Best Hotels in Central Amsterdam

Tips for Visiting Amsterdam on a Budget

Is the I amsterdam City Card Worth it?

Best Things to do in One Day in Amsterdam

Your Guide to Visiting Amsterdam in Spring / Summer / Autumn / Winter

The Best Day Trips from Amsterdam

The Best Photo Spots in Amsterdam

and Tips for Cycling in Amsterdam

Londoner turned wanderer, Frankie is an author, freelance writer and blogger. Currently based in Amsterdam, Frankie was nomadic for two years before starting a family with her Australian partner. Frankie is the author of three short story collections, and is a freelance writer for travel and creative brands. In 2017, she launched WriteNOW Cards, affirmation cards for writers that help build a productive and positive writing practice. When not writing contemporary fiction, Frankie shops for vintage clothes, dances to 70s disco music and chases her two young sons around Amsterdam.
Find Frankie on Facebook, Twitter, Instagram, Pinterest, and Google+.
A WEEKEND IN AMSTERDAMAMSTERDAM TRAVEL ADVICEAMSTERDAMHOLLANDTRAVELEUROPEAMSTERDAM TRAVELTRAVEL ADVICE
Next
Best Kept Secret: Terrasse des Épices in Marrakech
Previous
Help me pick a name for my (second) short story collection
Posts you may also like: