Poncha belongs to Madeira. It's what they do with the liquer they make from the sugar cane that grows on the island and with the fruits they grow. The results are potent and powerful, but it is an undeniably sweet drink that lines the pit of the stomach with the warmest of glows. I tried poncha for the first time in a small bar in Ribeira Brava, a town twenty minutes drive away from Funchal, and I was reassured that what I was sampling was the best on the island. When poncha is to Madeirans what tea is to British folk, this is no small statement.

Aside from the drink this taverna is worth visiting for its quirkiness as much as its tradition of making the drink itself, which is done by hand in front of our eyes.

With a large wooden bar, not a chair in sight and space maybe for only ten people to stand at most, there are zero frills on offer, but there is no shortage of charm. With your poncha you are given a bag of peanuts and you are invited... nay, almost encouraged... to throw the shells you discard onto the floor. The first few times I did this I hesitated and cringed at my careless messiness, but by the time we were talking about leaving I was virtually slam-dunking the shells onto the ground and loving the crunch they made as I walked out. You are also encouraged to leave a piece of you behind; your business card. Serving as a sort of public  guestbook, the walls are covered with business cards from visitors hailing from all corners of the globe. I added mine to the collection. Poncha is made by mixing aguardente del cana - a liquer made from sugar cane - with honey, sugar and fruits. Traditionally it is made with orange or lemon juice but many different fruit versions can be found in Madeira.

At Taberna da Poncha we were offered orange or passion fruit and I tried the latter. I'm glad I did as it was delicious (whereas to my taste, the orange was less successful at hiding the alcoholic content). We also got to watch a fresh batch being made.

How to make poncha

This seemed to involve a series of mashing, mixing and sieving. You see, I must come clean and say that I didn't pay too much more attention... Did I mention that poncha is strong stuff!? I hope these photos shed more light than I can!

In case you were thinking that this was a completely unfamiliar drink (which I did) you may be interested to know that the famous Brazilian caipirinha apparently evolved from the poncha and while the word poncha has Hindi origins, it made me smile to find out that it is the source of the British word "punch". While I can't imagine drinking more that two or three before passing out or doing some embarassing dancing, I can't say I didn't like the drink. In fact, since leaving Madeira I have found myself craving it every now and again thanks to its sweetness.

I also love that I had never heard of it before and have not seen it in a bar since. So, if I have to go all the way to Madeira to try again... well, that's fine with me. 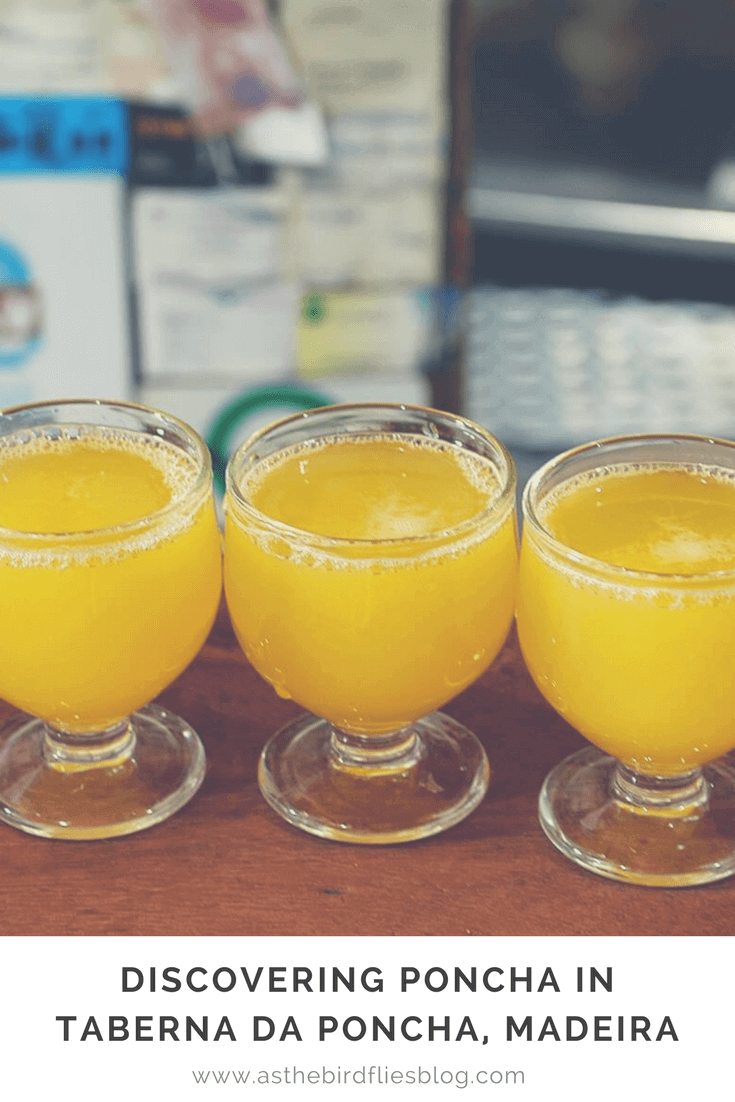 Londoner turned wanderer, Frankie is an author, freelance writer and blogger. Currently based in Amsterdam, Frankie was nomadic for two years before starting a family with her Australian partner. Frankie is the author of three short story collections, and is a freelance writer for travel and creative brands. In 2017, she launched WriteNOW Cards, affirmation cards for writers that help build a productive and positive writing practice. When not writing contemporary fiction, Frankie shops for vintage clothes, dances to 70s disco music and chases her two young sons around Amsterdam.
Find Frankie on Facebook, Twitter, Instagram, Pinterest, and Google+.
MADEIRAPORTUGALEUROPETRAVEL
Next
MusicMonday: Must Love Festivals Playlist!
Previous
MusicMonday: A Playlist for Indie Music
Posts you may also like: