A Road Trip Around Madeira

I was born on an island, but I often forget it.

But if I'd been born on Madeira, I don't think I could ever have forget that my first breaths of life were surrounded by sea. For the sea that surrounds Madeira felt like a bigger, bluer sea. And sometimes in the quietest moments during my brief time there, I swore I could hear the sea saying hello. Even if I couldn't see him, I knew he was there.

And yet the sea is a big tease for those who call Madeira home. It is not readily available everywhere; there are few scarce beaches where you can walk uninterrupted on soft sand into the blue waters. While boats navigate its wild waves, to lie on a sandy beach beside the Atlantic is a past time reserved for Madeira's little sister, Porto Santo. That doesn't mean the sea isn't enjoyed, treasured or explored. I saw boats cruise past the coastline of Funchal regularly and when we found ourselves in the quieter more remote corners of the island we spotted fishermen standing on rocks and everywhere we went we saw menus full of the ocean's offerings. But this post isn't about the sea. It's about Madeira's roads. And tunnels. Never before have I travelled through so many tunnels in one day. Or seen so much of one place and seen it change so quickly and yet stay the same in the subtlest ways; the same blue sky, the same grey volcanic peaks, the same soft whispering of the sea in the north and the south.  On many occasions we would emerge out of a tunnel or round a corner and find ourselves in a town where time ticked a little slower. No matter where the roads or tunnels took us, it wasn't long before the sea began to whisper and eventually showed itself. And as blue as the sea is, the colour that stayed with me from our road-trip around Madeira was green.  Some of the lush vegetation lining the roads we travelled down made me feel like we were entering a jungle.  I recently watched the TV series of Fargo and in it one character tells another to find out why the human eye can see more shades of green than any other colour. For a split second I thought the answer was "so that you can truly appreciate the richness of the Madeiran landscape." (It's not. It's because we evolved to see our predators through the greens of jungles and forests).  When my friends in Madeira told us that it was important to go on a road trip in order to see the rest of the island, I wasnt completely convinced. When there was so much to see and do in the capital Funchal, why leave? All it took was to emerge through that first tunnel and I was convinced they were right. Never again will I doubt a local when they say a road trip is required. From Funchal we drove west to Ribeira Brava, a small hillside town surrounded by tall sloping banana plantations and farms that lead up to steep volcanic peaks. As beautiful as this was, we were here for something quite particular; poncha. This Madeiran drink is made by mixing fruit and rum in a laborious process of mashing and blending as we were able to witness in Taberna da Poncha . With a glass of the passion fruit poncha in my hand and the sun shining down on us I could have stayed there all day. But there's more to Madeira than sea, steep volcanic hills and a sweet strong drink.

There's Sao Vicente which sits at one of Madeira's openings to the ocean on the northwest coast. We parked the car, walked around with our cameras and admired the church, the palm trees and then finally the coastline, where we stopped for a quick coffee. We made a quick stop at a look-out point near Bride's Veil, a famous waterfall that spills out into the sea. There used to be a coastal road that ran close to it but the ruins of what that path once was were all I needed to see to realise how important the development of Madeira's roads and tunnels have been. Indeed, much of it is still relatively recent and locals can still easily remember how journeys that now take minutes used to take hours. Our next stop was Seixal, a village that had almost 180 degree views of the ocean from Bride's Veil to the east and up to Porto Moniz in the west. There was hardly anyone around as we parked up and strolled along a small man-made harbour. In fact, our only company were two fishermen who didn't even turn their heads to look at us. That was until we "bumped" into a friend of our friends who was busy refurbishing his sea-front bar and telling us with a smile about his plans for a hostel there. As we chatted a ash-grey cat strolled over to us and we made instant friends. 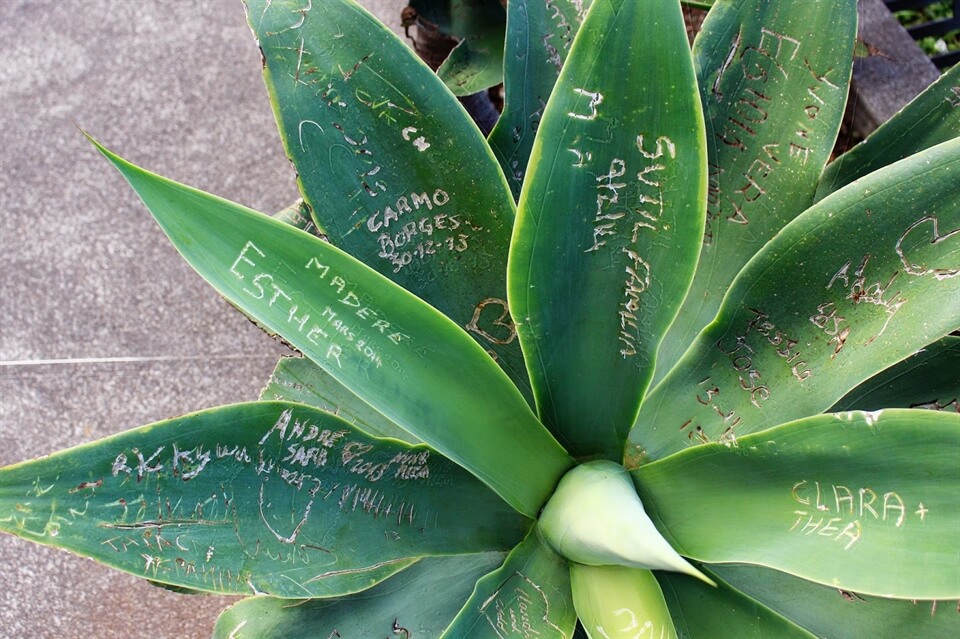 As  the sun dipped lower our driver, Sofia, a Madeiran native and passionate voice for her island said it was time to go and after everything she'd shown us in the preceding hours, I trusted her completely that what was to come next would be worth it.

And it was. After a short stop for bolo do caco (a must-try round garlic bread!) we made away back through the island and I mean through , thanks to those tunnels and we came out the other side in a seaside village called Paul do Mar which is well-known for its surfing and indeed a surfer vibe oozed out of the pores of the laid-back people we found in Maktub , a seafront bar. Sitting with a perfect view of the oncoming sunset and with a well-crafted mojito in hand, I couldn't keep the smile off my face. 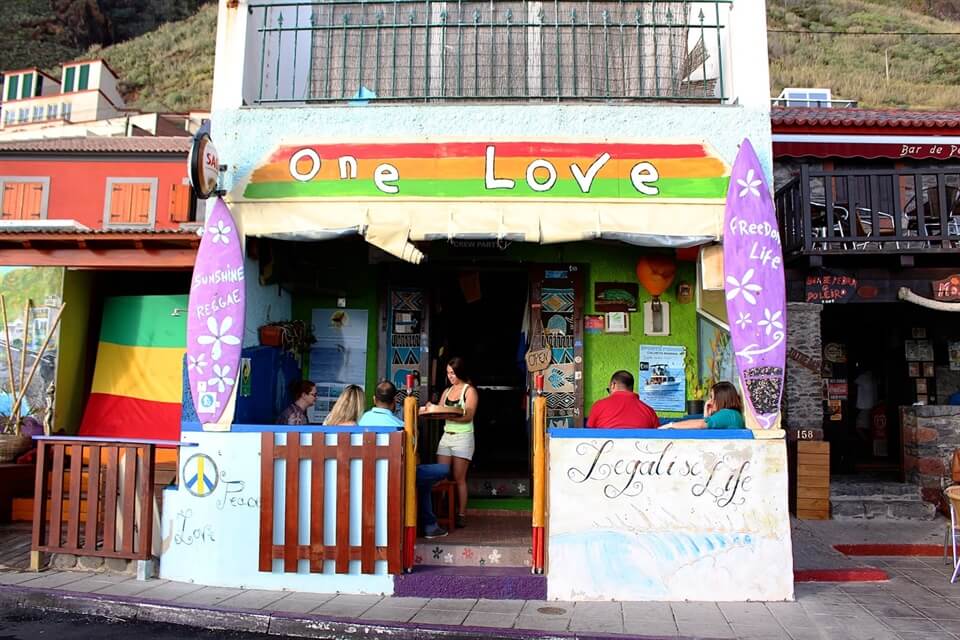 It had to have been one of the shortest road-trips I'd ever been on, but it was far from the least fulfilling. If we'd had more time, I'm sure Madeira would have had more to show us. But with a limit on our time, it made sense to end the road-trip with the sun dipping into the sea that was still whispering to me.

If you'd like more travel tips and advice for this beautiful island, here's a great seven-day Madeira travel guide for you. 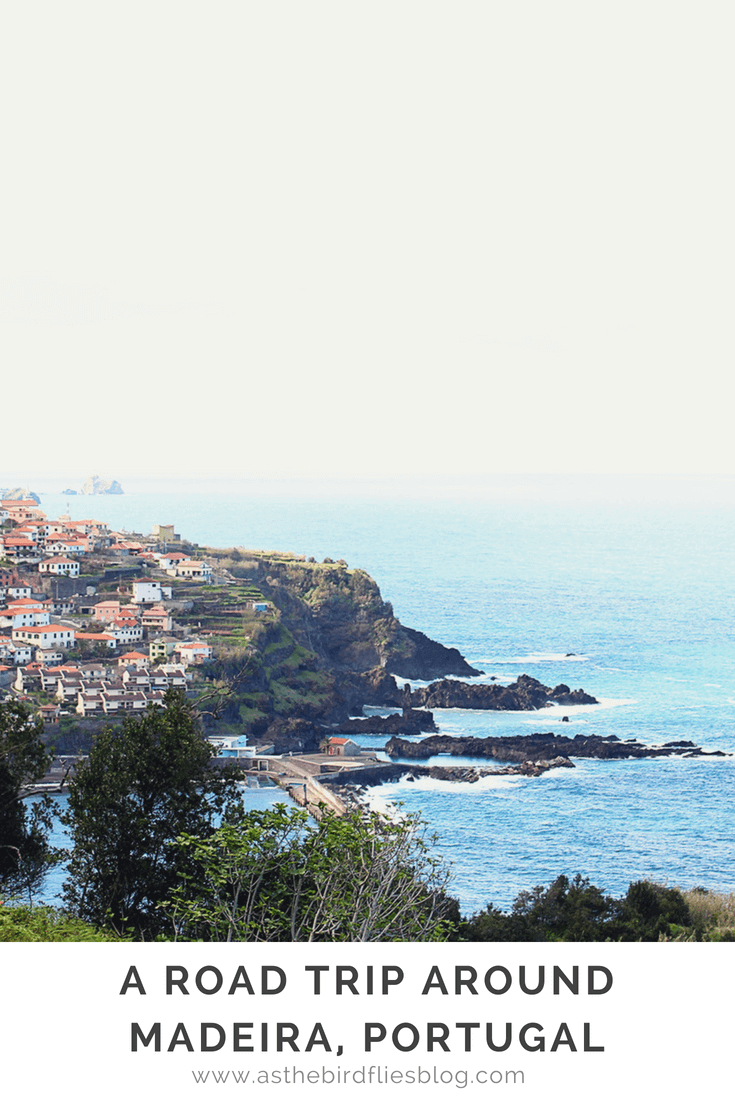 Huge thanks to Sofia for driving us around and sharing your island with us, to Kash for organising my trip to Madeira and thank you to them and Michael and Katja for being great road-tripping company.

Londoner turned wanderer, Frankie is an author, freelance writer and blogger. Currently based in Amsterdam, Frankie was nomadic for two years before starting a family with her Australian partner. Frankie is the author of three short story collections, and is a freelance writer for travel and creative brands. In 2017, she launched WriteNOW Cards, affirmation cards for writers that help build a productive and positive writing practice. When not writing contemporary fiction, Frankie shops for vintage clothes, dances to 70s disco music and chases her two young sons around Amsterdam.
Find Frankie on Facebook, Twitter, Instagram, Pinterest, and Google+.
TRAVELROAD TRIPPINGMADEIRAEUROPETRAVEL STORIES
Next
In photos: A visit to Český Krumlov
Previous
In photos: King's Day in Amsterdam (2014)
Posts you may also like: