It was the first day of our volcano-hopping adventure and we were headed to explore the Westman Islands or Vestmannaeyjar in Icelandic, a small collection of isles located just off the south-west corner of Iceland, a 1.5 hour drive and short boat ride from Reykjavik. That morning, we woke early, ate breakfast quickly and we eagerly opened up the sealed envelope containing our itinerary and we climbed into our 4-wheel drive hire car and drove off full of excitement and intrigue.

We crossed miles of luna-like lava fields and climbed hills and dipped into valleys. Eventually the coast crept closer and we could see the sea. I'm enough of an inland city-girl for that to excite me. Always. We followed a straight road that ended at the water's edge and after a short wait, we boarded a huge ferry boat and gazed out at the islands we were about to reach. Mist clung to the Westman Islands' peaks and troughs and from the mainland it was hard to decipher where one lump of land began and where others ended across the eleven islands. This only became clear as the ferry we boarded got closer. Or it would have done had I been able to keep my eyes open. For some reason my forever unpredictable seasickness rose up (and down and up again) leaving me stuck in one spot inside the boat's top deck surrounded by inquisitive and nausea-free children who wanted to watch the sea pass them by. I closed my eyes and focused on breathing deeply.

About the Westman Islands

By the time we docked I could see that we'd navigated under the mist and it was hugging us to Heimaey, the largest of the Westman Islands by quite some, and the only isle that is inhabited. The town is small (a population of just over 4,100) and it spreads out across a gentle incline. Later, when we looked down from above, Heimaey, reminded me of a "toy town" with low rising houses in neat rows and easily identifiable community landmarks - the harbour, a church and cemetery, a school, office buildings, a sports centre and playing fields. But Heimaey is unlike many other towns and this is also visible at first sight, for Heimaey lives under the shadow of a huge, red-brown, mound that rises up awkwardly dominant and out of place; a volcano.

Eldfell is the volcano's name and we had come all this way to climb it. In preparing to do so we learned how in 1973 its eruption - completely unexpected - forced the majority of Heimaey's population to relocate to the mainland in the middle of the night. A feat that was only possible thanks to a sea storm that had forced all the fishing boats to stay in the harbour that night.As we hiked up a path carved through boulders of rumbling lava that had covered and claimed nearly 400 homes, we heard how residents fought the six-month long volcanic activity, trying to cool it with sea water, so that the island's all important harbour could be saved. And if you're going to do any hiking in this country, of volcanoes or otherwise, it's a good idea to make sure you have the right clothing to wear in Iceland.And by the time we reached the top and stared back down into a gigantic crater, it seemed nothing less of a miracle that Eldfell claimed but one life during its eruption. We spent a long time at the top.

We looked out to sea, to remote, mysterious islands with just one lonely house atop their wild slopes.

We sat down on the crater's edge and marvelled at how heat was still emerging from the ground.

We dug around a little with our hands and found spots hot enough to cook on. Forty years is but a short time in volcanic time, Eldfell wasn't even close to cooling down.

As we climbed down and I saw the town of Heimaey in a new light, tainted by a bravery I was only just beginning to understand. I admired the cute, colourful houses and considered the stories that hid behind the doors. How many had been here in 1973? How many memories had been shared with subsequent generations? How much fear is there that it might one day happen again?  I realised that climbing Eldfell was probably the closest to an active volcano I was ever going to get... and it was certainly the closest I wanted to get.

It served as a fascinating reminder that we are truly subservient to the Earth we live on; how silly and bold for us to think anything less? And yet, we do, of course.

Unless you live in Heimaey. In Heimaey you will never forget who is really in control.

Read more: After the volcano came another adventure on the Westman Islands... puffins! 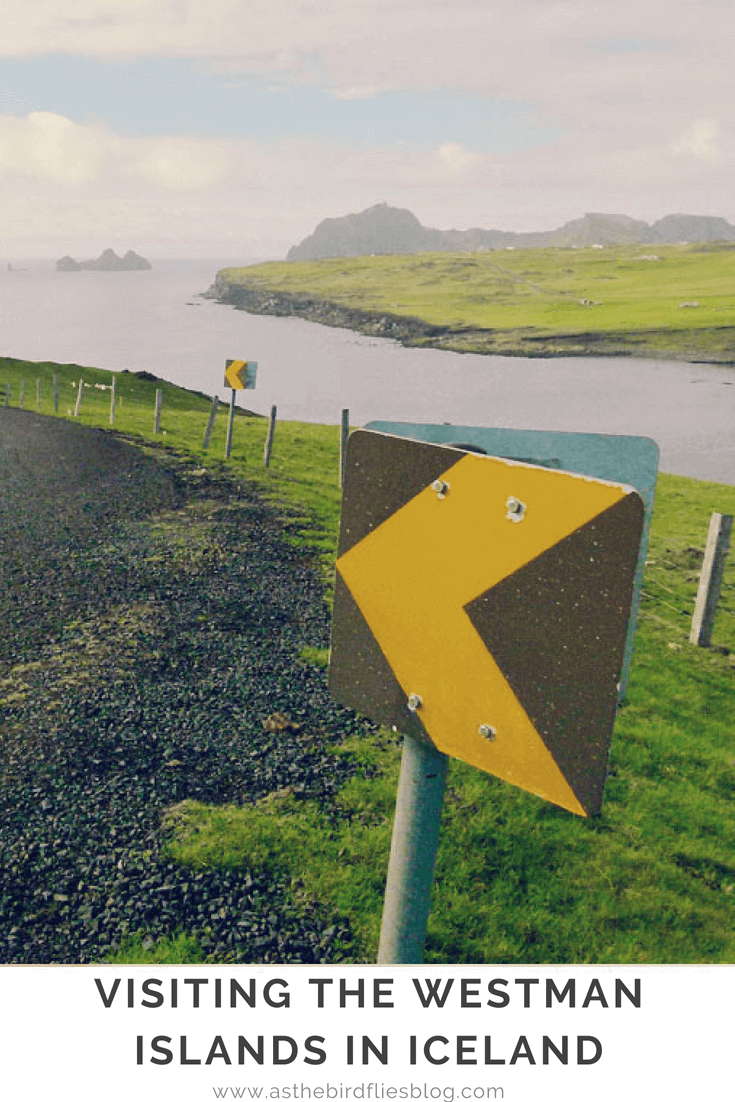 Londoner turned wanderer, Frankie is an author, freelance writer and blogger. Currently based in Amsterdam, Frankie was nomadic for two years before starting a family with her Australian partner. Frankie is the author of three short story collections, and is a freelance writer for travel and creative brands. In 2017, she launched WriteNOW Cards, affirmation cards for writers that help build a productive and positive writing practice. When not writing contemporary fiction, Frankie shops for vintage clothes, dances to 70s disco music and chases her two young sons around Amsterdam.
Find Frankie on Facebook, Twitter, Instagram, Pinterest, and Google+.
ICELANDNATURELONG WALKSTRAVELADVENTURE BIRDIETRAVEL STORIESWESTMAN ISLANDS
Next
Iceland Travel: Soaking in the Blue Lagoon
Previous
Moments of Happiness: Walking in Sydney
Posts you may also like: