As we drove into the small French village Floure I immediately noticed this defaced sign. 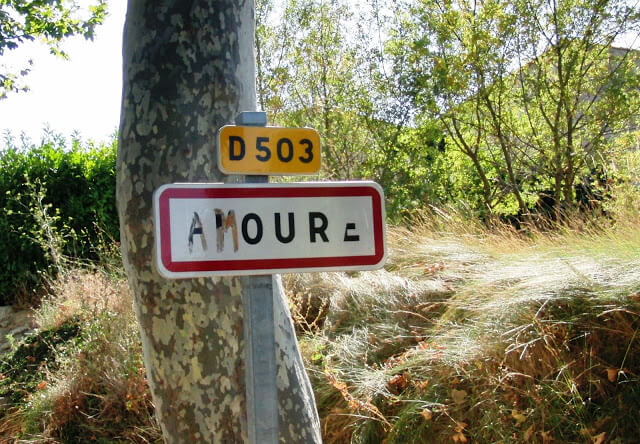 It promised a great deal, if local "vandals" had amended the town's name sign from Floure to "amour" (or love to you non-francophiles). And in many ways Floure did not disappoint. Anyone with even a demi-envie for all things French will appreciate the charm of a quaint, untouched southern French village such as Floure. A small quiet pocket just west of Carcassone, en route to Narbonne (where we stayed for the remainder of this trip) Floure, or more specifically Ch â teau de Floure was to be two nights of spoiling ourselves in a grand château hotel.

In terms of grandeur, the 4 star Château de Floure did not disappoint. It was a privilege to walk in and around the grounds let alone stay within them. Originally the site of a Roman abbey, the ch â teau features buildings from the 12th and 17th century and it was more recently home to the French author and journalist Gaston Bonheur. As much as my blogging and written works may pale in comparison to Monsieur Bonheur, I cannot argue with this being an ideally secluded and inspirational nest to nurture words and work. 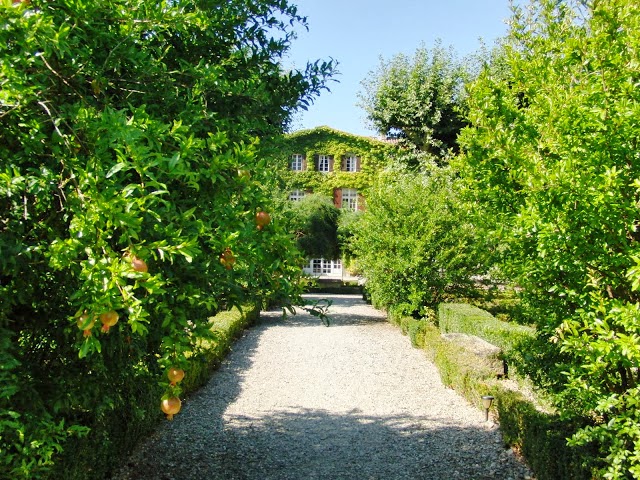 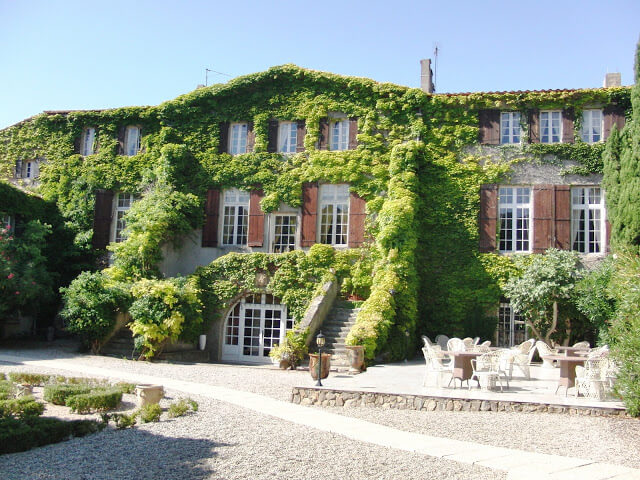 The hotel is run by a very glamorous looking husband and wife team and supported by a small team of ever " bonjour "-ing staff. Though I imagine any guest at Ch â teau de Floure is guaranteed to experience a sense of calm and quiet, maybe that's because I'm a Londoner? Yet even with our fellow guests including four generations of an extended Parisian family, our afternoons spent by the beautiful pool were relaxing and restful, broken up with spurts of exercise as NewMan and I challenged each other to games of table tennis. (For the record I started off strong winning 2 out of 3 games but as with every sport and possibly every man, once faced with the real threat of losing NewMan applied a relentless vigour to pursuing resounding victory, which he achieved though that was more to do with me wanting to return to my sun lounger and my Nancy Mitford novel.) 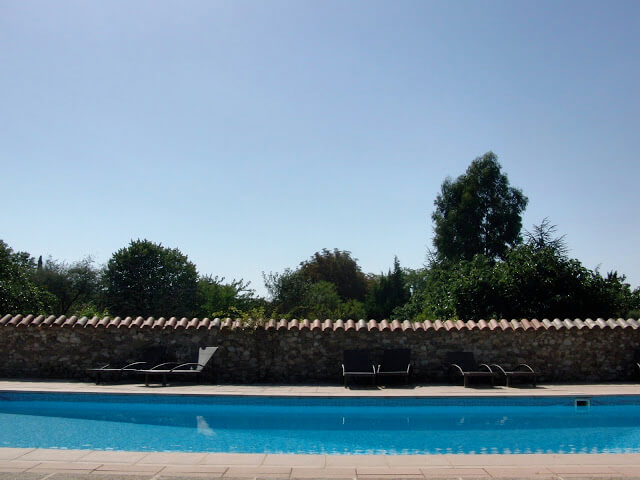 Use of the swimming pool, table tennis and tennis courts was all complimentary for guests though there are additional facilities for, you guessed it, additional cost including an indoor pool and spa area.

Seeing as we are saving for a "half-way-round-the-world" trip we stuck to what was included and we also stayed in the cheapest accommodation available. In fact, when showed our room in what I believe was originally the stables we were informed by Monsieur du Ch â teau "Zis is our smallest room in zee 'otel". No apologies, no explanation, no shame; you gotta love the French, especially as we quickly found out that the hotel was far from at maximum capacity. Yet the room was clean, had everything we needed, and aside from a brief encounter with a scorpion one night, we slept peacefully enjoying the dark that a fully shuttered chateau chambre provides. The bathroom was a slightly different matter. The water temperature varied temperamentally and the shower screen on the side of the bath would have been more useful had it been made of cobweb with water escaping underneath and to the side leaving our bathroom floor one big puddle.  Food was also un peu difficile . Having read the few guest reviews which are online many guests had commented on the price of dinner at the hotel restaurant being steep. A quick glance at the menu comfirmed that it was a galaxy out of our price range (30 Euros... for a starter) and so we researched and found lovely places to dine out in Carcassone one night and in a delightful restaurant a couple of villages towards Narbonne. However, because of the teeny tiny size of Floure and our lack of organisation on a morning, our options were more limited when it came to breakfast and so we succumbed to the charm of the sun terrace and chose to eat breakfast chez ch â teau . At 18 Euros each for le petit dej, we were unpleasantly surprised by the lack of choice and quality of the breakfast and it was all a bit too DIY for my liking. For 36 Euros for breakfast for two I would at least expect tea or coffee to be brought to our table or a choice of newspapers, in fact it was an almost no frills experience where you had to assemble your own hot drinks, help yourself to whatever food was there (it differed on both mornings) and even boil your own egg. No, we weren't left hungry, but we were poorer for the experience in more ways than one. There are obvious delights to be enjoyed staying at Ch â teau de Floure; the swimming pool, the beautiful grounds, the peace and quiet, its vicinity to Carcassone, Narbonne, the beach, le canal du midi and many more southern French delights. Furthermore if you have more money than sense and energy and you can afford a higher standard of room and the hotel restaurant this is the s é jour for you. However, for the price we paid we expected more, juste un petit peu. And that definitely goes for the breakfast too.

Londoner turned wanderer, Frankie is an author, freelance writer and blogger. Currently based in Amsterdam, Frankie was nomadic for two years before starting a family with her Australian partner. Frankie is the author of three short story collections, and is a freelance writer for travel and creative brands. In 2017, she launched WriteNOW Cards, affirmation cards for writers that help build a productive and positive writing practice. When not writing contemporary fiction, Frankie shops for vintage clothes, dances to 70s disco music and chases her two young sons around Amsterdam.
Find Frankie on Facebook, Twitter, Instagram, Pinterest, and Google+.
FRANCETRAVELNARBONNEEUROPEHOTEL REVIEW
Next
Hotel, Motel, Holiday Inn: Our flat in Sydney…
Previous
Hotel, Motel, Holiday Inn: Marina Bay Sands
Posts you may also like: