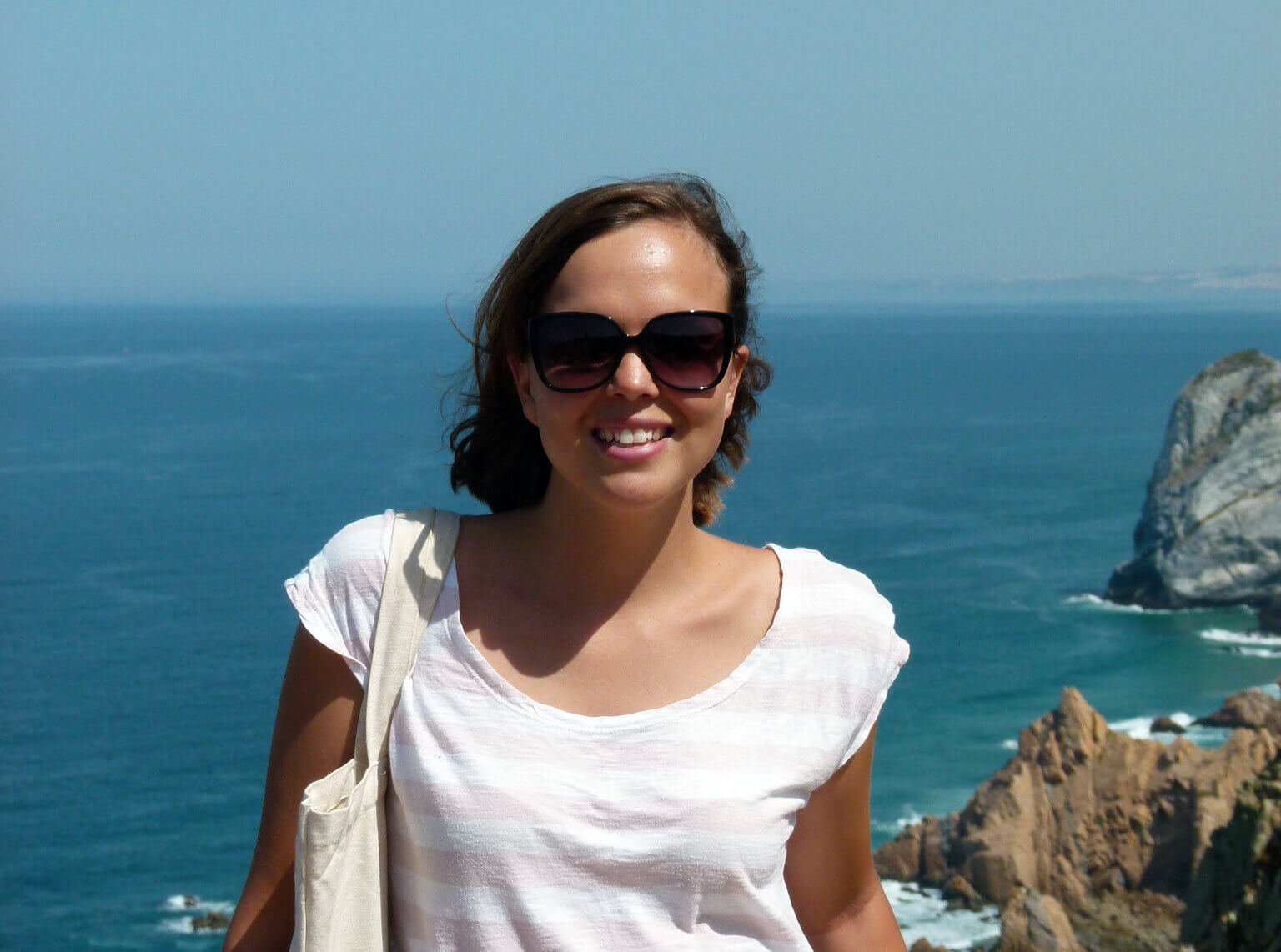 A trip to Cabo da Roca from Lisbon

I've already touched on some of the history lessons I am learning as I travel (namely in Sydney learning about the Irish orphan girls who were sent to Australia or the history of whales and human's working together in Eden) and though it's a topic which fascinates me it's rare that I navigate my itinerary around a specific historic event or monument. And so it was by accident, again, that I found myself making the trip from Lisbon to Cabo da Roca, another historic and geographically important spot.

Cabo da Roca (which translates in English as Rocky Cape) is the western most point of mainland Europe and is surrounded by a landscape that is certainly memorable and dramatic enough to warrant such a weighty title.

Once upon a time, long before Portugal became the champion of the first global empire, the Romans occupying the land assumed that Cabo da Roca was "the end of the world", which is unsurprising such is the vast emptiness of the ocean and the dramatic way the rocky cliff edges plunge into the deep blue sea. It's almost a shock that anyone ever ventures out into this unknown now, let alone 600 years ago when ships sailed from nearby Lisbon to explore Africa, discover South America and change parts of Asia forever.

And yet stay a few minutes more, as I did, searching the skyline for signs of life, hints of more, a reason to go and eventually curiosity takes hold of you. Slowly but surely my imagination and sense of adventure took over and I found the unknown alluring, moving and motivating. I have no doubt it prompted the same reaction on a much deeper level for the Portuguese pioneers of that global empire and their descendants who pursued the same goal with remarkable success.

Nowadays we know more about the unknown, but as I am finding out with every trip I embark on, this doesn't deplete or dilute the adventure for the individual. Cabo da Roca transported me back to a time and place in history and an almost historic way of thinking but it also prompted me to consider the future, my future and all the adventure and beauty in it.

I felt so moved my short visit to Cabo da Roca that I refer to it in my first collection of short fiction, Shy Feet: Short Stories Inspired by Travel. If I ever hear that a friend is visiting Lisbon, I'm quick to suggest they consider making the journey out to Cabo da Roca. Lots of tour companies will do it for you, or you can make your own way there by public transport or in a car. Below I explain some of the ways to get to Cabo da Roca.

Getting to Cabo da Roca from Lisbon

I visited Cabo da Roca on a tour with a company that is now no longer operating sadly. It was a full day's tour of Sintra, Cascais, Cabo da Roca and Belem (though I can't honestly remember the exact order!) and it departed from and returned us to Lisbon. I've just seen similar tours are on offer via Get Your Guide at very competitive prices!

You can also consider getting there by your own steam, with public transport buses departing from Sintra and Cascais, with the journey taking 25 or 35 minutes respectively. I would highly recommend checking this journey with tourist information before you set out.

Oh and it also allowed me to take some photos of some stunning landscape. I particularly like how they capture the blur of blue on the horizon where the sea and sky meet and sort of don't really know how to define themselves against one another. Who knew the end of the world would look this good?

Here are my photos which are a little smaller than usual because they're from my previous blog which was smaller and I was illy and didn't upload larger files... 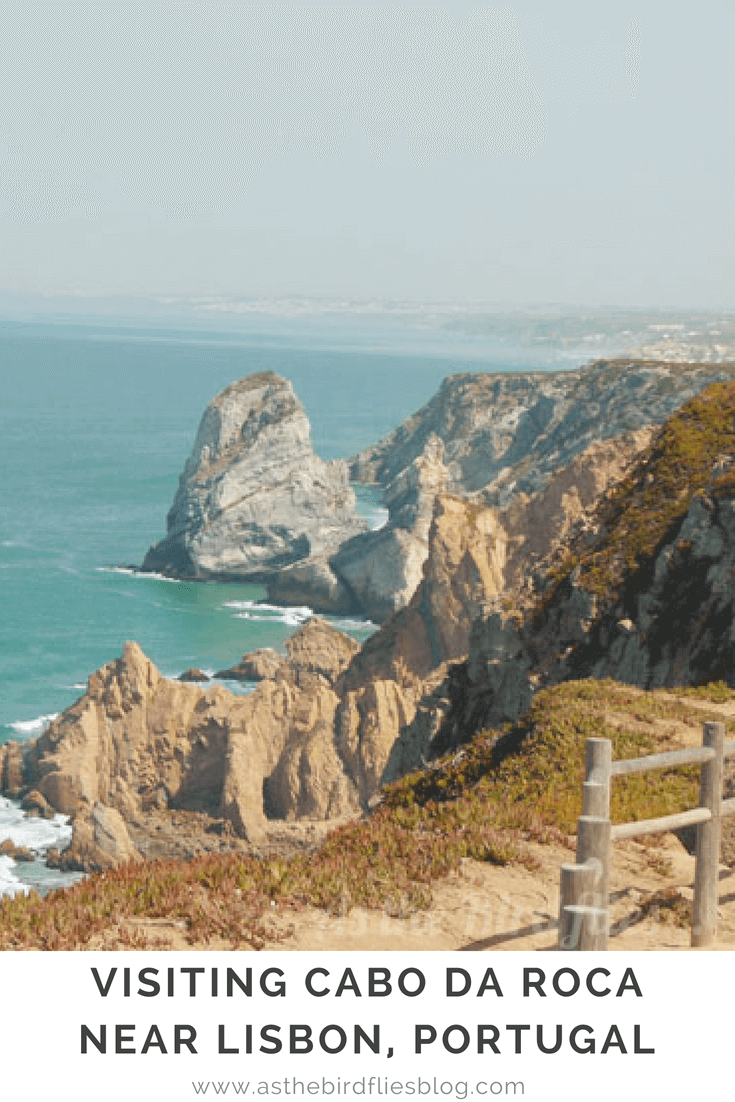 Londoner turned wanderer, Frankie is an author, freelance writer and blogger. Currently based in Amsterdam, Frankie was nomadic for two years before starting a family with her Australian partner. Frankie is the author of three short story collections, and is a freelance writer for travel and creative brands. In 2017, she launched WriteNOW Cards, affirmation cards for writers that help build a productive and positive writing practice. When not writing contemporary fiction, Frankie shops for vintage clothes, dances to 70s disco music and chases her two young sons around Amsterdam.
Find Frankie on Facebook, Twitter, Instagram, Pinterest, and Google+.
TRAVELPORTUGALTRAVEL STORIESLISBON
Next
My Thoughts: My Experience of Postnatal Anxiety and Depression

Previous
On Writing: Tips for Building a Regular Writing Habit
Posts you may also like: