Why you should go to Bologna... now!

I wasn't going to blog about Bologna again so quickly. As you may have noticed I like to let a place seep into my skin and maybe my soul a bit before I digest and then discuss. However, I feel a bit differently about Bologna and it has also crossed my mind that many may be reluctant or hesitant to travel to Bologna and parts of Emilia Romagna following  last week's earthquake. This is understandable but ultimately it is also misjudged.

It is safe there; at least, as safe as it can be any where in the world.

I am aware there is a grand philosophical argument surrounding the whys and wherefores of travelling somewhere where there is a greater risk of natural disaster, but this isn't the platform, and I am not informed enough to take on the role of spokesperson. I will say this though, ALL travel is with risk; be it walking down the road, flying to another country or cycling across a continent, there will be risk. And of course some risks are greater than others, and again this is where I become unstuck and unqualified.

However, as a lowly travel blogger with a deep rooted love for all things Italian, I am able to present a few facts and photographs about Bologna after just returning from a week's stay there.

It is a beautiful, old city.It serves up world-leading food (for the smallest amount of money, I hasten to add)Bologna is overloaded with historic and cultural spots to enjoy, to dig deep into or just admire from a far.It has character;  red brick, elegant porticos, statement-making ancient churches and medieval towers locals riding old rickety bikes and the oldest, unaffected university area in the world. 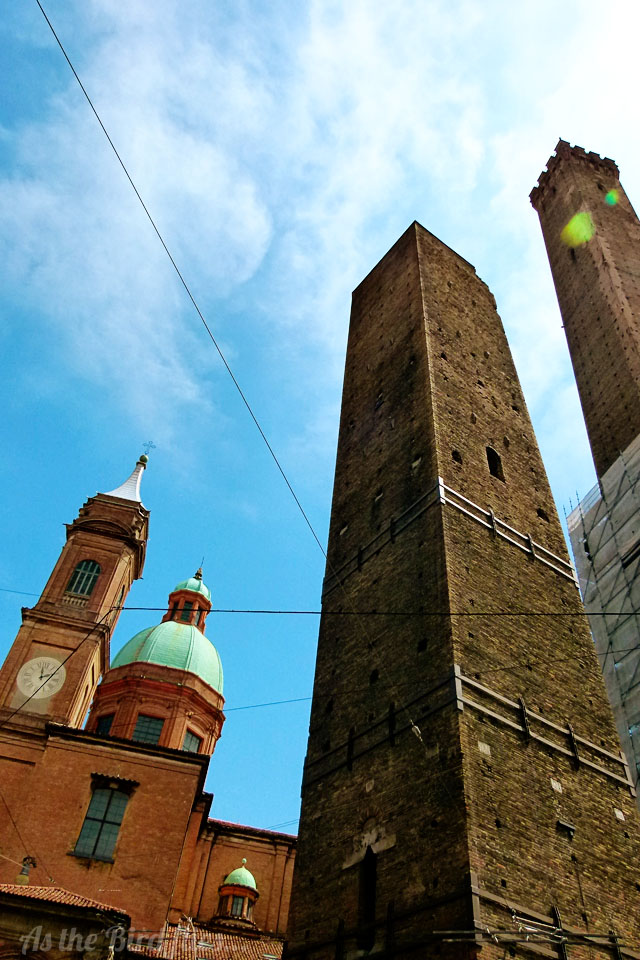 And the red of the houses seems to radiate a welcoming warmth.Furthermore it's a city full of surprises. I found vintage shops and a jumble sale to get my vintage fix, a student bar to listen to jazz in (at lunchtime) and plenty of street art to photograph. At the risk of stealing somebody else's punchline people shouldn't be asking themselves "Should I go to Bologna?" the question should be "When do I go to Bologna?".

Londoner turned wanderer, Frankie is an author, freelance writer and blogger. Currently based in Amsterdam, Frankie was nomadic for two years before starting a family with her Australian partner. Frankie is the author of three short story collections, and is a freelance writer for travel and creative brands. In 2017, she launched WriteNOW Cards, affirmation cards for writers that help build a productive and positive writing practice. When not writing contemporary fiction, Frankie shops for vintage clothes, dances to 70s disco music and chases her two young sons around Amsterdam.
Find Frankie on Facebook, Twitter, Instagram, Pinterest, and Google+.
TRAVELITALYBOLOGNA
Next
The phantom of the opera
Previous
In photos: Love locks around the world
Posts you may also like: