Family Travel: Tips for Visiting Singapore with a Toddler

Monday, October 16th, 2017
Earlier this year on our way back from Australia and Thailand we spent a weekend in Singapore. The main reason for this is my very good friend lives there and we wanted to spend as much time with her as possible, but I was also intrigued about many reports that Singapore is an "easy" place to be with a toddler. The prospect of spending time with my good friend plus keeping a little boy happy was a win-win situation for me.
It turned out that this was exactly what happened - a ton of time with my friend and a very happy little man who spent a lot of time outside playing, often getting very, very wet, but more about that later.
Here are some photos of the things we did, and below you'll find some of the places we went listed, as well as a few other tips for things to do (or not do!) in Singapore with a toddler! If you're travelling to Singapore kid-free (also awesome!) here is a 3-day Singapore itinerary for first-timers, and here is a list of the best places to stay in Singapore including luxury hotels, mid-range options and budget hotels and hostels.
DISCLOSURE: This post contains affiliate links. I make a small commission off any purchases made but they don't cost you anything extra, and often I do a lot of research to find you the best possible deal in the link - yay!
FURTHER READING: All my Luxury Family Travel posts are here / Best Airlines for Flying with Kids  / Tips for the Maldives with a Toddler / The World's Best Luxury Resorts for Families / The Best Airlines for Flying with Kids / Phuket's Best Luxury Resorts, many of which are great for children and families!

Things to do in Singapore with a Toddler

A few tips for travelling to Singapore with a toddler:

Taxis
While we chose a hotel that we could walk easily from, to get further afield and back to the airport we used taxis which are easy to get off the street in Singapore at designated bays or by going to hotel entrances, and they are also relatively cheap. Drivers were also happy for us to sit with your child on your lap.
Pushchair-friendly!
Singapore is definitely a pushchair friendly city with most of it quite flat and pavements are well-maintained. It's also easy to travel by taxi with a buggy as most will have boots big enough to throw a collapsible stroller in the back. Our pushchair the YOYO BabyZen folds up as small as a large briefcase, weighs 5kg and did great being pushed around town and being folded up etc for taxis' backseats and boots.
Well-stocked supermarkets
Like Thailand we found most things we needed for our 18-month old without problems in Singapore. Supermarkets stocked Huggies and Ella's pouches and we found lots of baby- and child-suitable medicines or remedies in the pharmacy at the airport.
Family-friendly
Overall we found Singapore to be very family-friendly with lots of other families out and about, both local and tourists. The few restaurants we went in had high-chairs and we certainly didn't come across any problems when out and about with our son in the street or the above mentioned places. I'm looking forward to going back when Baby Bird is a bit older so we can try some new things and hopefully the ArtScience Museum again
Oh and one last tip...
Prepare for downpours!
As you can see we got caught out by the rain a few times and I wish I'd had a towel with me and a change of clothes for when my boy was so eager to be in the rain (or the water features in the playgrounds we found) so that is definitely something worth remembering!
And if you're heading to Singapore without kids, here's a great post on what to do in a weekend in Singapore.
If you'd like to save or share this post, here are some images you can pin for Pinterest: 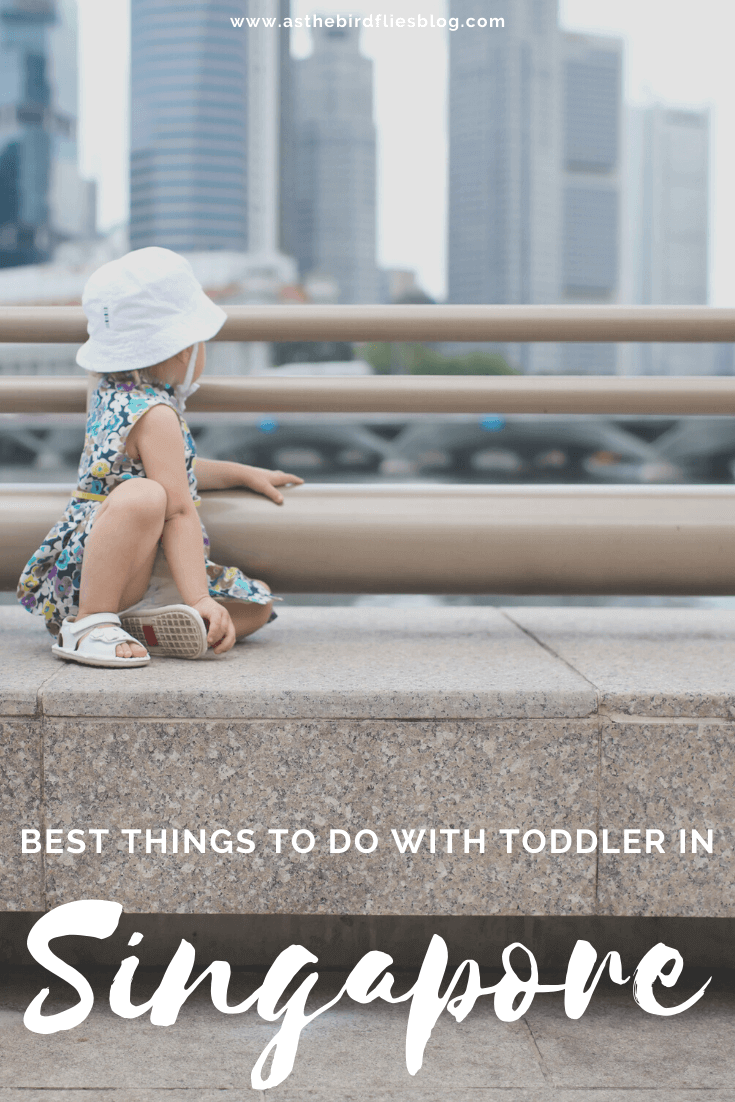 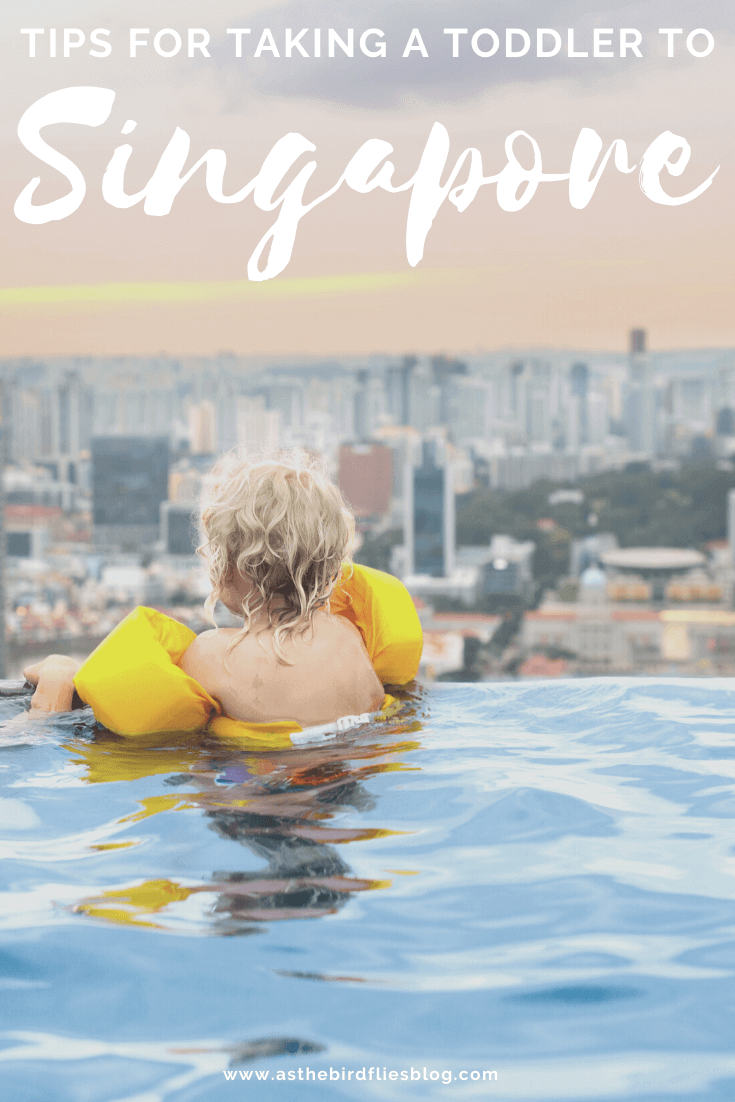 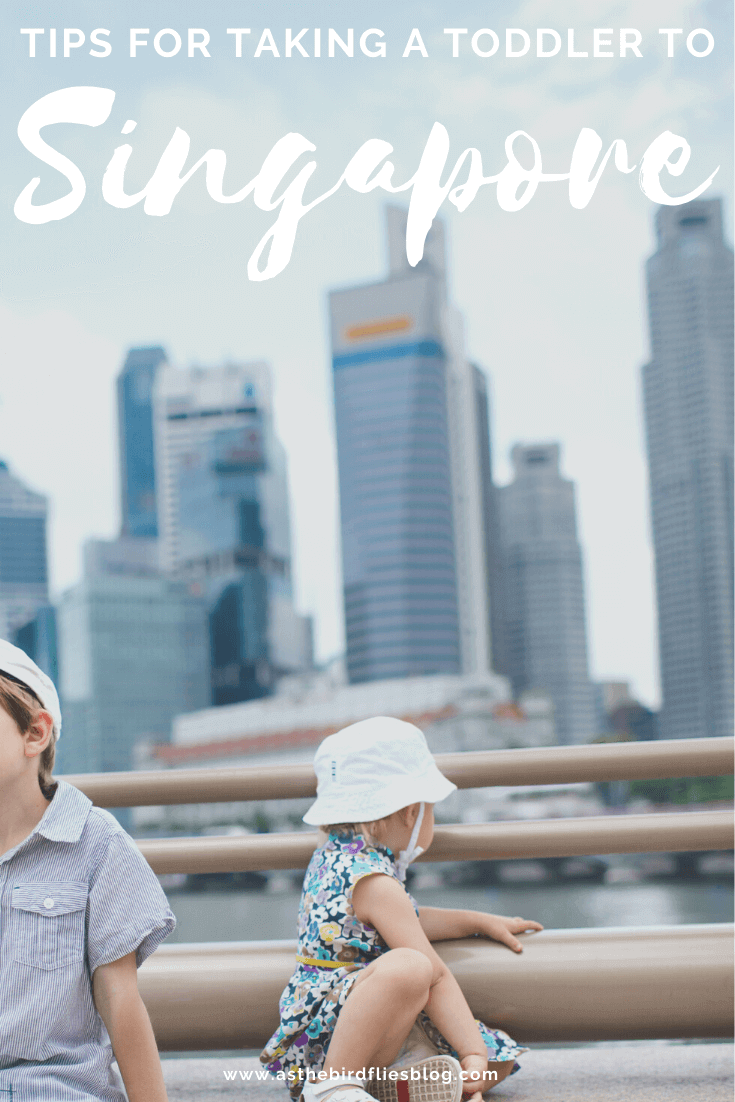 Londoner turned wanderer, Frankie is an author, freelance writer and blogger. Currently based in Amsterdam, Frankie was nomadic for two years before starting a family with her Australian partner. Frankie is the author of three short story collections, and is a freelance writer for travel and creative brands. In 2017, she launched WriteNOW Cards, affirmation cards for writers that help build a productive and positive writing practice. When not writing contemporary fiction, Frankie shops for vintage clothes, dances to 70s disco music and chases her two young sons around Amsterdam.
Find Frankie on Facebook, Twitter, Instagram, Pinterest, and Google+.
FAMILY TRAVELTRAVELSINGAPORE
Next
A Diary of Motherhood: Week Forty-Seven
Previous
Travel Advice: Packing Tips and Packing List for Travelling with a Baby