Travel: Photos from the Top of Pico do Arieiro, Madeira

“The air up there in the clouds is very pure and fine, bracing and delicious. And why shouldn't it be? It is the same the angels breathe.”  -  Mark Twain

Pico de Arieiro is Madeira's third tallest peak and one of the island's most popular tourist spots thanks in large part to the fact you can park very close to the top of the mountain, though you can do a hike all the way up. You won't be surprised to hear that we did the former and I have zero regrets about that. I have no doubt that the impact of seeing these jagged edge towers poking above the clouds would be twice as big had I walked all my way up the 1818 metre elevation, but as it happened getting out of a car and exploring the peak a little on foot was just as impressive, as I hope these photos portray to you.

If you're really into your hiking and trails, you can actually trek from Pico de Arieiro to Pico Ruivo, taking in Pico das Torres too, which means you'll have explored all three of the highest points in Madeira. This post can help you find out more about that.

For now, know that taking and impressively winding journey up the mountain side and visiting Pico de Arieiro early(ish) one morning with not too many bus loads of tourists joining us, was memorable enough and we took an hour or two to walk around the marked out footpaths to admire the views of the bright blue sky above the clouds which hugged close to the land as though they were drawn to each other... until they weren't and the white shapes had moved on, only to be replaced by others...

Pico do Arieiro is Madeira's third highest peak but it's the one that most people visit because you can drive to its 1810 metre summit. We were there for maybe just over an hour and in that time the clouds danced across the landscape from nowhere to beyond us again.   I met and petted two dogs as I walked a short distance down some rickety steps, all the while noticing succulents poking through cracks in the rocky just like the type I have in pots at my desk. I think those dogs belonged at the top of the Pico do Arieiro because later I saw them relaxing in a pool of sun and it's only now that I realise they must be the fittest dogs in all of Madeira if they live their lives running around at 1818 metres above sea level. I'd like to go back one day and see those dogs again.

And the view, of course. It would be impossible not to want to see that view again. 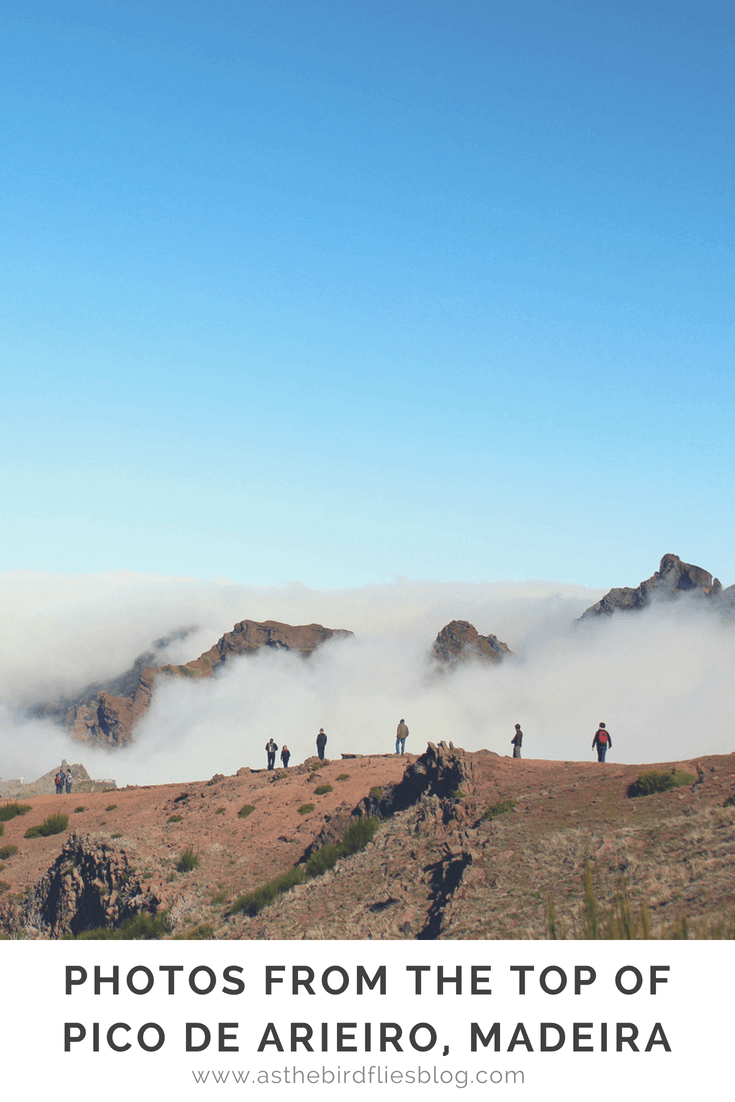 Londoner turned wanderer, Frankie is an author, freelance writer and blogger. Currently based in Amsterdam, Frankie was nomadic for two years before starting a family with her Australian partner. Frankie is the author of three short story collections, and is a freelance writer for travel and creative brands. In 2017, she launched WriteNOW Cards, affirmation cards for writers that help build a productive and positive writing practice. When not writing contemporary fiction, Frankie shops for vintage clothes, dances to 70s disco music and chases her two young sons around Amsterdam.
Find Frankie on Facebook, Twitter, Instagram, Pinterest, and Google+.
TRAVELMADEIRAPORTUGALEUROPEIN PHOTOS
Next
In photos: Flowers from Thailand
Previous
MusicMonday: A Playlist I Love (for Drinking)
Posts you may also like: