If you're the kind of traveller who devours guide books and you're faced with the prospect of a visit to Rotterdam, then Delfshaven will not stay a secret for too long.

If, like me, you're the kind of traveller who thinks they know a place before they've got there and so dismisses guide books and newspaper travel itineraries, then Delfshaven may stay a secret to you and that would be a great shame! Because the cute and curious corner of Rotterdam is one of the few places in the Netherlands that was a complete surprise... in a really, really good way.

A visit to Delfshaven, Rotterdam

There was evidence to suggest it was still a secret to some after the Sunday afternoon we spent there, surrounded only by the occasional Dutch tour group and local resident who raised neither a gaze or an eyebrow at us as myself and fellow travel blogger Adeline of voyages.fr, spent more than a few hours photographing this curiously quaint but historically significant corner of the Netherlands.

A very short history of Delfshaven...

Long before Rotterdam was the gigantic commercial port that it is now, it was a harbour for fishing boats but sailing into the port on the River Rotte - hence the name - meant fishermen incurred taxes and so another port was established further away, closer to the city of Delft. "Port of Delft" has been welcoming boats ever since.

It was also the birthplace of one of the Netherlands' most revered 17th century sailors, Piet Hein, and it is where the Pilgrim Fathers set sail from when they left for the "new world" or USA as we know it now.

Keep scrolling down to read some tips for visiting Delfshaven including where you should stop and have a beer, of course!

I was so happy to discover Delfshaven (see the reference to stoom beers below!), not least because now when people wrinkle their noses at me when I tell them how beautiful Rotterdam is, I can show them these photos and I'm still so amazed how quiet it was when we were wandering around. I do hope it stays that way for you...

* It takes fifteen minutes to get to Delfshaven from the centre of Rotterdam on the Metro or by cycling. It's really easy to find - just one long road leading from Nieuwe Binnenweg - and the Metro station is just two minutes walk from these views. We saw lots of Dutch speaking tours but aside from these groups there really wasn't anyone else around on a sunny Sunday afternoon. I can't guarantee it's like that every weekend but worth trying!

* Keep your eyes open for Tovertunnel, or the "Magic Tunnel". It's a community art project that saw an alleyway, which is partially covered, become covered in bright and colourful street art. A real surprise to find!

* Be sure  to have a "stoom" at De Pelgrim, a hotel, restaurant and brewery on Achterhaven. Meainng steam - a word often used in Rotterdam - it's one of the beers they produce on site and they go down far too easily.

* If you want to try another pub, there's the Oude Sluis (the old lock) at the top of Delfshaven where you can sit out the back over the water. Lovely views! 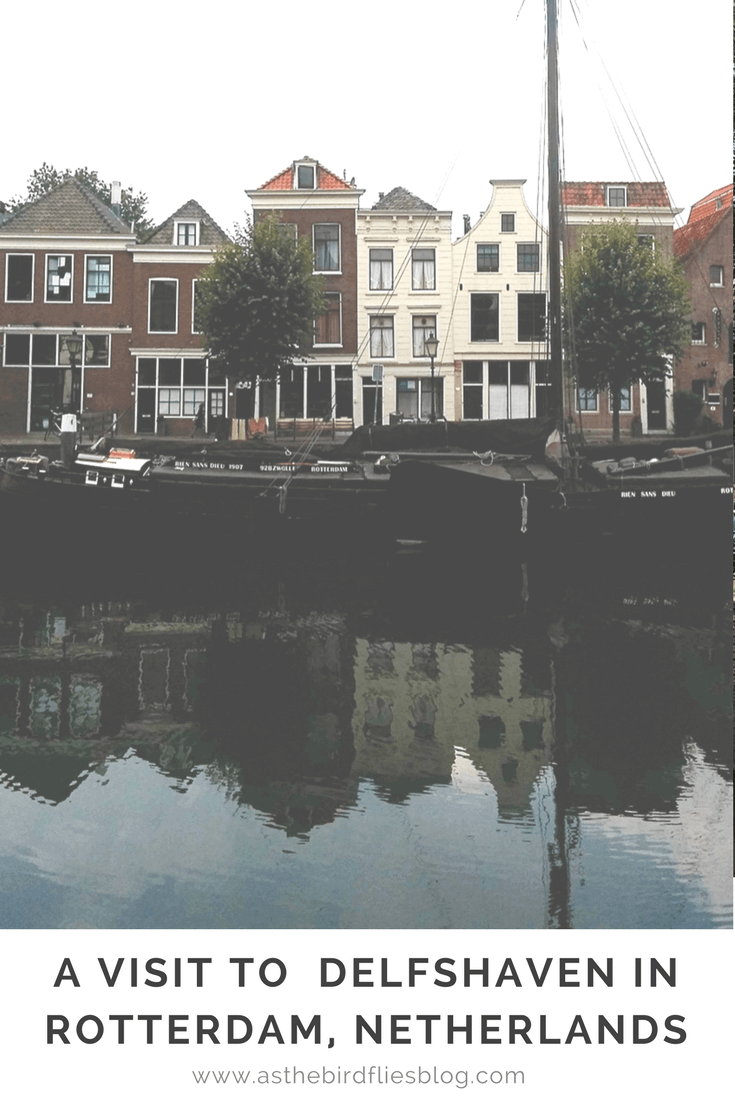 Londoner turned wanderer, Frankie is an author, freelance writer and blogger. Currently based in Amsterdam, Frankie was nomadic for two years before starting a family with her Australian partner. Frankie is the author of three short story collections, and is a freelance writer for travel and creative brands. In 2017, she launched WriteNOW Cards, affirmation cards for writers that help build a productive and positive writing practice. When not writing contemporary fiction, Frankie shops for vintage clothes, dances to 70s disco music and chases her two young sons around Amsterdam.
Find Frankie on Facebook, Twitter, Instagram, Pinterest, and Google+.
HOLLANDBEST KEPT SECRETROTTERDAMTRAVELEUROPE
Next
Help me pick a name for my (second) short story collection
Previous
In photos: Sailing on the Dalmatian Coast in Croatia
Posts you may also like: