In photos: Flying from Amsterdam to Newcastle in a Vintage DC3 plane for KLM's 95th Birthday

And he wasn't wrong. 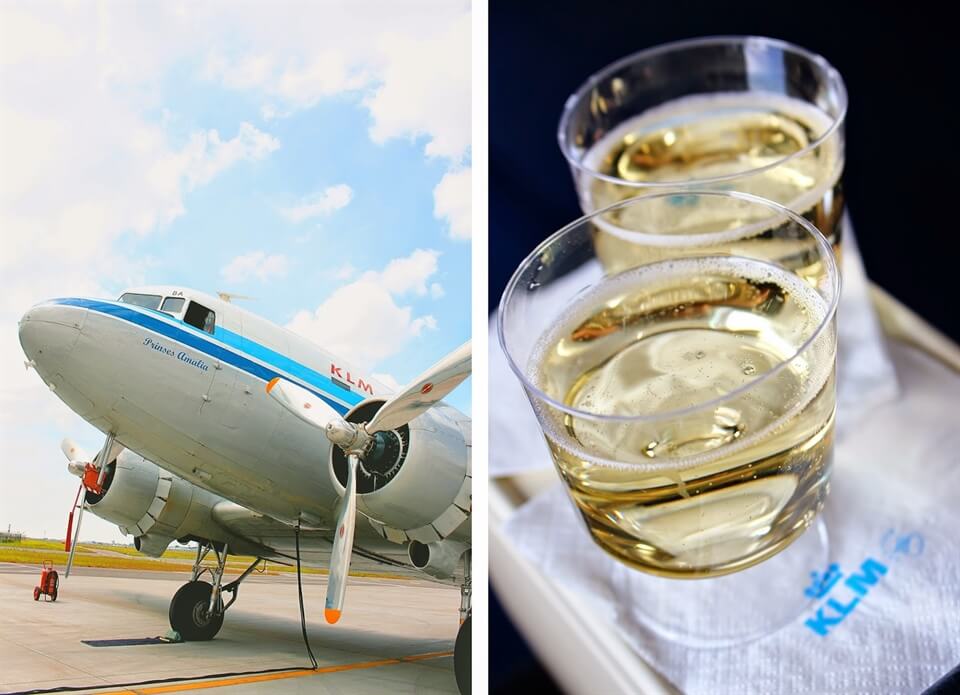 This is Prinses Amalia's story, as posted on my Facebook page .

"My name is Prinses Amalia and I was born in 1944 to the United States Air Force. I flew on the 6th June 1944 as part of the D-Day mission but I did not fly on the 7th June because a German bullet had found its way into my radio and I needed  to be patched up. Thankfully I was and later that year I was part of Operation Market Garden, an attempt to liberate the Netherlands in September 1944. Following the end of WW2, I was given to the Dutch Royal family as a gift from the Americans and for many years I was flown by the current Queen's husband, Prince Bernhard, a plane enthusiast and pilot himself. Later I became the Dutch government's official plane until I retired in 1975 and settled into my new home at the Aviodrome Museum in Lelystad.
But I wasn't really ready to stop flying.

In 1998 thanks to hard work by DDA Classic Airlines  I was put back to service. In 2010 KLM  gave me my special vintage look and I was given a new name, which is that of the current King's daughter, Prince Bernhard's great great granddaughter. Since that time I've been the only DC-3 in the world worthy of flying members of the general public.

And yesterday, I flew a small group of people from Amsterdam to Newcastle. One of my passengers, was a young(ish) woman who marvelled at how beautiful I was too look at and how different flying at low altitude was; slower, a little wobblier and much more elegant. As I took off she found her thoughts drifting to her grandfather who also flew in the Second World War and how he would have been so thrilled to hear that she was taking part in such an experience. And she thought about her dad, who was also in the RAF, and will no doubt bombard her with questions when she next sees him.

Her name is Frankie and here are her photos of me and of the Dutch coast and beautiful Newcastle-upon-Tyne." 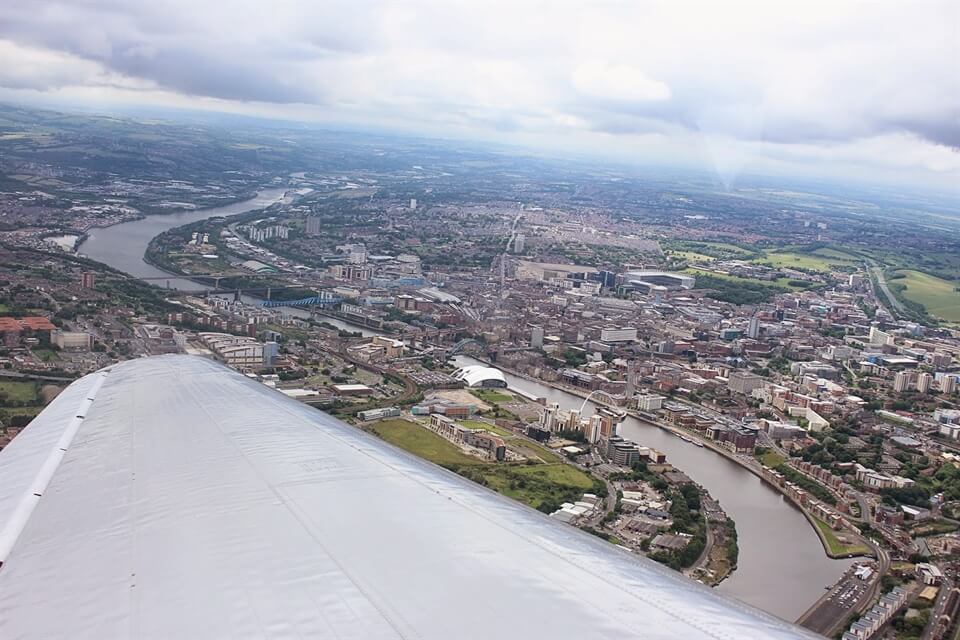 Londoner turned wanderer, Frankie is an author, freelance writer and blogger. Currently based in Amsterdam, Frankie was nomadic for two years before starting a family with her Australian partner. Frankie is the author of three short story collections, and is a freelance writer for travel and creative brands. In 2017, she launched WriteNOW Cards, affirmation cards for writers that help build a productive and positive writing practice. When not writing contemporary fiction, Frankie shops for vintage clothes, dances to 70s disco music and chases her two young sons around Amsterdam.
Find Frankie on Facebook, Twitter, Instagram, Pinterest, and Google+.
AWAY FROM AMSTERDAMTRAVELIN PHOTOSEUROPE
Next
First Impressions: Ljubljana, Slovenia
Previous
In photos: Flying from Amsterdam to Newcastle in a Vintage DC3 plane for KLM's 95th Birthday
Posts you may also like: