This post summarises my first impressions of Madeira, a tiny Portuguese island stuck quite far any mainland in the Atlantic Ocean. In fact, it's closes continent is not Europe but Africa as it lies off the Northwest African coastline. I visited in March 2014 and enjoyed warm spring weather, blue skies and sunshine as well as a surprisingly plentiful opportunities to learn about Madeira's history, culture, heritage and culinary traditions. Read on to find out more...

Walking through Madeira airport I looked for a sign with my name on it.

I found it in the hands of a man wearing a navy cardigan and camel coloured trousers. He started to frown as I approached him.

By the time my bags were in his car, his confusion had disappeared but mine was just beginning.

I'll try and explain why confusion has shaped my first impressions of Madeira, Portugal's remote island found some 750 kilometres west of Morocco in the Atlantic Ocean. Because it is nothing like Morocco, a country I spent six weeks in last year. And it certainly doesn't feel African in a way that the island's distant neighbours, The Canary Islands, do. Furthermore, I didn't really feel like I was returning to Portugal, a place I've visited many times, most recently in November to  Porto. And when this is your first sight of civilisation after spending 90 minutes on a plane above nothing but sea water, you can't help but feel like maybe you left Europe behind.

Perhaps it was because I arrived in the darkness of night and so I was a little slow to form first impressions. As the plane descended my only view of the island was of one lit up in an orange glow of street lights. I could see that most houses were painted white and sat under terracota tiled rooves, dotted across the vast sprawl of Funchal, a city that blossoms along the steep sides of Madeira's volcanic hills.

I suppose it's fair to say that Madeira felt both familiar and foreign. It felt solid, strong and big, but still undeniably far away from anywhere. Speeding through tunnels from the airport to my hotel in Funchal, I quickly realised that my confusion was my favourite kind; the kind that sprouts healthy bud of intrigue. The kind that would have me waking up early the next morning ready to explore, which is exactly what happened.

Exploring Funchal, the capital of Madeira

Into the island's capital Funchal we ventured with lots of energy and full camera batteries and it wasn't long before I spotted some similarities between this city and Porto and Lisbon; the black and white mosaic pavements, accidentally super-cool vintage shopfronts and typography, rows of pasteis de nata and other pastry treats in the front windows of bakery. And when we stopped for a morning coffee and I realised that a latte and mineral water wouldn't cost me more than 3 Euros, I rejoiced at being back in Portugal.
The biggest difference setting Funchal apart from Portugal and Lisbon is the greenery that pops up all over the city and, as I was about to find out, across the whole the island. Such lush, tropical and exotic trees, flowers and plants are not to be found in mainland Portuguese cities, despite their palm trees' best efforts. I saw plants and trees in Madeira that I've never seen before including these cotton trees, with their hanging clutches of white candyfloss. Have you ever seen a tree like this before?
We walked the main streets and were shown some of Funchal's oldest buildings and yet my mind wasn't really focused on these important sights. Instead I was transfixed at the lines of yellow taxis everywhere and their drivers who leaned against them or stood together in small groups. A brighter, more banana yellow than the ones in New York, Madeira's taxis will forever be a lasting colourful memory, which is strange because I only sat in one only twice during my stay.
Viewing the city from above - which we did from the cable car that takes you to Monte - also showed us how vast Funchal's sprawl is, and though I'm sure it's not true, when you look across at all those houses clinging to the hillside you start to believe that each one has a view that doesn't disappoint.
The next day we went further into the jungle of Madeira, for that is the only way I can describe the wild fauna that covers much of the island sneaking into its towns as well as the capital. Made up of miles of banana trees, vineyards and the world's largest laurel forest, which is an UNESCO World Heritage Site, there are many indigenous plants to Madeira which only grow on this island, a fact that still astonishes me as I write it down now.

Exploring the rest of Madeira

The best way I can describe how I felt leaving Funchal to explore the rest of Madeira is by comparing it to my other love, reading. As we emerged from a tunnel taking us to the north of the city, I felt like I'd just discovered that the brilliant book I'd not long finished reading actually kept going. Through more tunnels (there are over 170 tunnels in Madeira) and up winding roads we went taking us from the island's third highest peak - the views from which reminded me more of photos I've seen of peaks in South America than anywhere in Europe - to the northern coastline where a dramatic shoot of white water plunged into the deeply blue Atlantic ocean. The waterfall's name is perfect; "The Bride's Veil".
In my first impressions of Porto I wrote about how sociable the people were and I looked for that in Madeira. I found it... and then some. People were incredibly welcoming and warm in their tone and offers to help us. A local friend Sofia explained that this was because tourism is Madeira's number one industry and yet, there was nothing desperate or invasive in the friendly voices and invitations to try a range of foods I've never heard of in the Mercado dos Lavradores like "custard apples" and the bizarrely named "english tomato".

What I find a little ironic about the importance of tourism in Madeira is that after four days there whizzing from one end of the island to the other I don't think most visitors experience much more than a small fraction of what Madeira has to offer. It's like the island has a long way to go before it even comes close to maximising its potential for visitors. Myself, I've already got a list of at least twenty more things I want to do in Madeira...

So, did I leave with less confusion about who or what Madeira is? No, not really. Or maybe I'm just getting lazier at putting my finger on the right words to describe a place. But that doesn't mean I didn't leave without a strong first impression. In fact, I left Madeira with one of the strongest, most vivid ideas of what it's like to live here. For even if I can't put into words what it is that makes Madeira Madeira, I can absolutely tell you with a heart full of confidence that Madeira is Madeira and it's a wonderful, wonderful island. 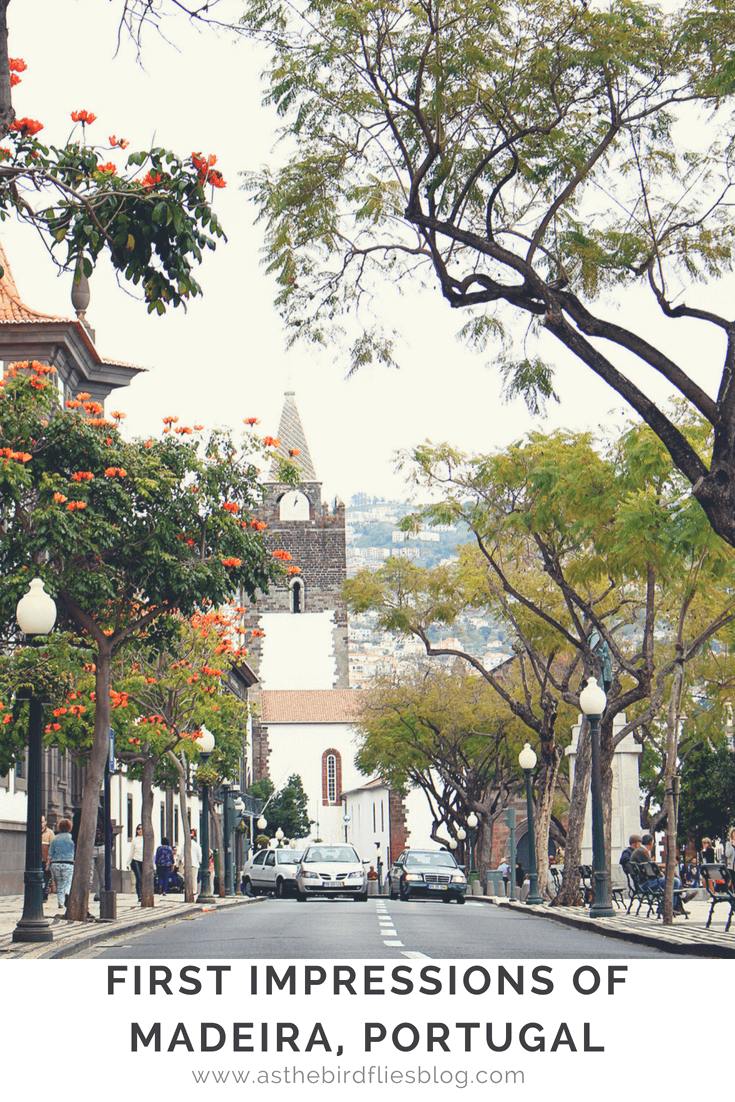 And check out some great places to stay in Madeira here.

Londoner turned wanderer, Frankie is an author, freelance writer and blogger. Currently based in Amsterdam, Frankie was nomadic for two years before starting a family with her Australian partner. Frankie is the author of three short story collections, and is a freelance writer for travel and creative brands. In 2017, she launched WriteNOW Cards, affirmation cards for writers that help build a productive and positive writing practice. When not writing contemporary fiction, Frankie shops for vintage clothes, dances to 70s disco music and chases her two young sons around Amsterdam.
Find Frankie on Facebook, Twitter, Instagram, Pinterest, and Google+.
MADEIRAPORTUGALEUROPEFIRST IMPRESSIONSTRAVEL
Next
MusicMonday: A Playlist I Love (for Drinking)
Previous
MusicMonday: Comedy Monday!
Posts you may also like: