Ashley is a fellow British blogger based in Amsterdam and she has made our shared city the subject of her very useful Amsterdam Blog (where she shares v useful tips like how to ride a bike in heels and how to find a room in a shared house). I was quite surprised when Ashley told me she had tried NaNoWriMo not once but twice, and that despite not getting to the 50,000 word goal each time, she had still learned A LOT about her writing and herself. 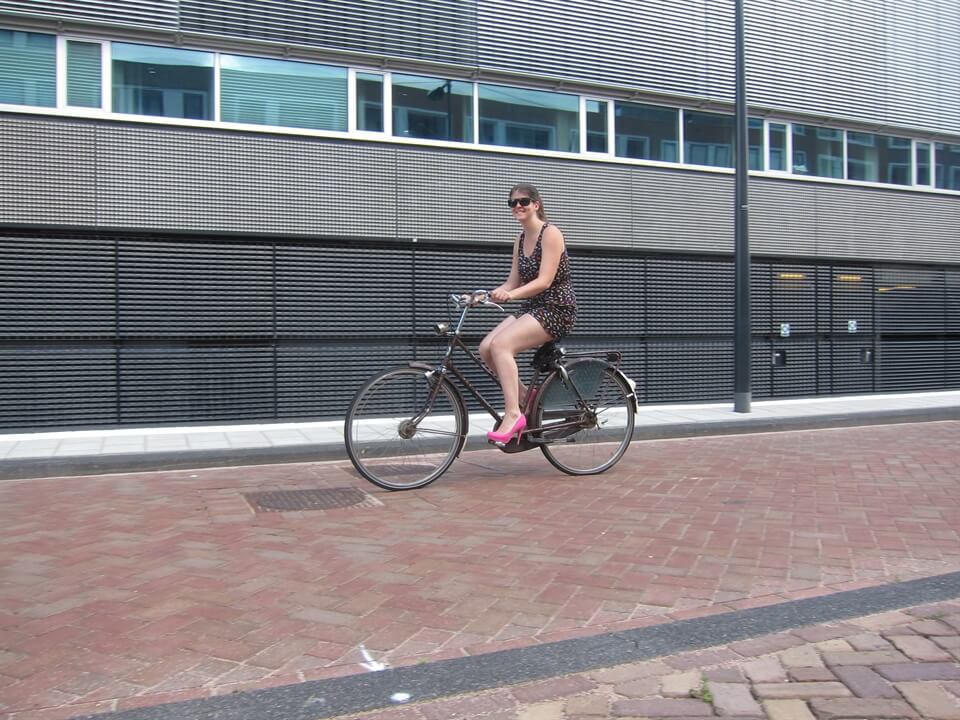 Read on to find out more about Ashley's experience...

Frankie: How many times have you done NaNoWriMo, and what did you work on?

Ashley: I've tried to do NaNoWriMo twice now, in 2011 and 2012. The first time I was writing a fiction novel and the second was a travel-related semi-fictional story.

Frankie: Did you do lots of preparation before you started each time?
Ashley: I thought about planning it, but then decided to just wing it and see how it went. I tried to sit down at a similar time each day, but I find that when it comes to writing, for me some days morning is better and other times I'm a complete night owl. I adopted this approach both times
Frankie: Soooo... did you "win" or "lose"?
Ashley: I "lost" both times

Frankie: Why do you think that was? Was there something missing or did life just take over?

Ashley: I think the first time I failed, it was lack of motivation and not having a clear direction that led to me not completing it. The second was an issue of time; I just didn't have enough! I was doing a lot of overtime in my job which made it very difficult to sit in front of a screen every evening to write, which led to a lot of frustration on my part.

Frankie: Very understandable. Did you learn anything about the experience though?

Ashley: I think I realised that my writing has to have more structure and a clear direction in order for me to do well with it. I also realised that I shouldn't put too much pressure on myself.

Frankie: Very true. I think we're all guilty of that. Would you do it again, or was twice enough?

Ashley: I would try it again, as long as I had decided on exactly what I wanted to write, and had done much more planning.

Frankie: If you were going to do it again, what would advice would you give yourself... and the other writers out there who are doing it right now?
Ashley: My tips are as follows:

Thanks Ashley! I hope it helps to hear how someone who hasn't strictly speaking "won" at NaNoWriMo can still gain a lot from the experience and would still want to do it again.

Now get back to writing!!!

Oh and P.S. After today you're officially over halfway! All downhill from here baby....

Londoner turned wanderer, Frankie is an author, freelance writer and blogger. Currently based in Amsterdam, Frankie was nomadic for two years before starting a family with her Australian partner. Frankie is the author of three short story collections, and is a freelance writer for travel and creative brands. In 2017, she launched WriteNOW Cards, affirmation cards for writers that help build a productive and positive writing practice. When not writing contemporary fiction, Frankie shops for vintage clothes, dances to 70s disco music and chases her two young sons around Amsterdam.
Find Frankie on Facebook, Twitter, Instagram, Pinterest, and Google+.
NANOWRIMO INSPIRATIONNANOWRIMONANOWRIMO INTERVIEW
Next
NaNoWriMo Inspiration (Day 1): You have permission to write. Now.
Previous
NaNoWriMo Inspiration (Day 3): You've already written a story.
Posts you may also like: