NaNoWriMo Inspiration (Day 1): You have permission to write. Now. 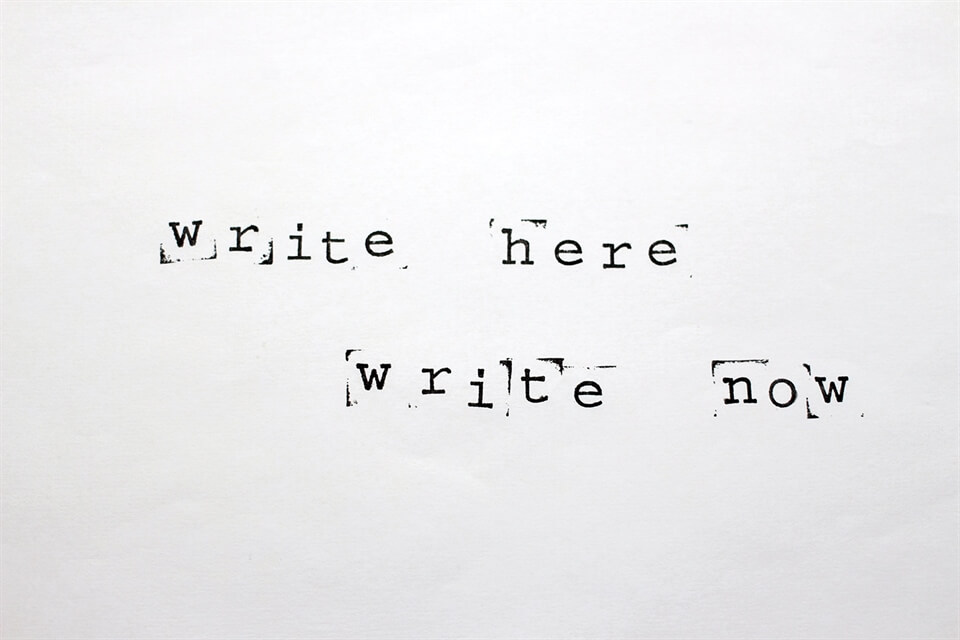 If you're ready to write, write.

Ignore me, ignore everything else and just write.

But if you're keen to know why today and this month is so important - for you - then read on.

A few years ago I read something that shocked me, although it shouldn't have.

In 2002 in this article, it was reported that 81% of Americans had the dream of writing a book. That was twelve years ago and of course representative of only one country, but I do think this stat is indicative of how many people really harbour this secret wish to author a book.

Now, I don't believe that everyone who has this dream, also dreams of being a writer. I lean towards suspecting that there are other reasons people want to have a finished work of literature or non-fiction to their name; legacy, personal validation, a gift to someone they love.

In 2013, 719,022 writers took part in NaNoWriMo. While I'm not stupid enough to conclude that these are the only people in the world writing books, it does go some way to indicate that only a small percentage of those who want to write a book, actually do.

I find this achingly sad. Writing, like many other creative arts, is an abandoned hobby and ignored passion for too many people.... or rather, by too many adults. Considered redundant because of the time it consumes and the money it doesn't make, we were much freer to indulge in the joy of writing when we were younger - indeed it was encouraged as a valuable part of learning and growing - but where is the encouragement to pick up the pen now we're of adult age?

I believe one of the few sources of encouragement that exists today is NaNoWriMo.

You should be proud of yourself for getting this far. You've made an important first step in a long but rewarding journey. If you haven't already go to NaNoWriMo's website and set up your profile, for opening this blog post and for reading this far. The next step is to open up Scrivener, or a new Word document, or a fresh page in a blank notebook and indulge a creativity that has possibly laid dormant for too long.

That is my first slice of "pep" on day one.

The second is my absolute blind belief in the following:

There has never been a better time to write a book.

You are striking your keyboard while the iron, the publishing industry and the technology available is very, very hot.

While I will refrain from referring to "Life After NaNoWriMo" for the following 29 days, because these thoughts will only get in the way, I want to tell you that what you write this month could get published. Not in a "an agent might like it and find me a publisher way" though that is also possible, but YOU can publish YOUR book. You can make sure it is read and enjoyed by others.

It is the same way an independent musician releases an album.

It is the same thing as an independent film being released.

It is the same publishing process as a group of people coming together and publishing an online magazine using Issuu, or starting a collaborative online publishing platform, aka, a blog.

There is no shame in it. There is only creative exploration, and the making available of a product others will gain something from.

If talk of creativity doesn't do it for you then hear this...

Independent artists - including writers - are entrepreneurs in the true definition of the word.

By writing your book this month (and beyond) you are undertaking a possible business venture, i.e. something that may make you money.

I'm not the only one who believes this. Independent authors who are living off the profits of their books are living proof, like Joanna Penn, who is something of a guru for all indie authors and I urge to you follow her blog and podcast if you intend to self-publish. I recently read this blog post by Joanna and the following is a direct quote from the article. It's also a message I have heard her repeat several times in interviews and I never bore of hearing it because it is so very, very true.

"Entrepreneurs don’t wait for permission, they try new things, they fail, they pivot, they keep going in the face of criticism.

Writers are artists and creatives and entrepreneurs, just as the painter, the sculptor, the dancer, the dressmaker – and anyone who creates new things in the world."

While Joanna was talking in the context of independent authors being entrepreneurs, I think the sentiment about permission applies to all writers, no matter if you go on to publish your work or if your words end up in a bin (as thousands of mine have!)

Because you do not need permission. You should never wait for permission because, perhaps most importantly, no-one is going to give you permission.

Even NaNoWriMo isn't giving you permission. What NaNoWriMo is doing, however, is providing you with a safe, warm and cosy environment to write in. One that is slightly less daunting and lonely than doing this alone.

I actually reached out to Joanna - who did her first NaNoWriMo in 2009 and is doing it again this year - to ask her for a special quote for today's post. Here is what she said:

"I love NaNoWriMo and it's how I began writing fiction. I managed to get 20,000 words on my first attempt which turned into Pentecost,  my first novel, 14 months later as I learned the process. NaNo helps you free yourself from the critical voice that tells you everything you write is a load of crap - because it really doesn't matter. It's just your first try, it's just for fun! You can clean it up later. Just relax and play and write!"

When you write your words today you are indulging something that not enough people take the time to nurture. It a very powerful and very personal gift; your creative freedom. Because you can write whatever you want. WHATEVER YOU WANT. And whatever you write, will be unique, important and an exciting first step in a new journey...

But you must take that first step. So go on. Do it. Now. WRITE.

Londoner turned wanderer, Frankie is an author, freelance writer and blogger. Currently based in Amsterdam, Frankie was nomadic for two years before starting a family with her Australian partner. Frankie is the author of three short story collections, and is a freelance writer for travel and creative brands. In 2017, she launched WriteNOW Cards, affirmation cards for writers that help build a productive and positive writing practice. When not writing contemporary fiction, Frankie shops for vintage clothes, dances to 70s disco music and chases her two young sons around Amsterdam.
Find Frankie on Facebook, Twitter, Instagram, Pinterest, and Google+.
NANOWRIMO INSPIRATION
Next
Words from my Stories: Routines
Previous
Words from my Stories: The Ghosts of London Underground
Posts you may also like: