We're so close to the end of NaNoWriMo... I hope you're on target!

Because it's the penultimate day I thought I'd write a more light-hearted than usual post. Consider this the same as when your teacher lets you watch a film on the last day of term. I hope it makes you smile, because that's all I want it to do.

Oh and write. Yes, I hope it also helps you to write!

Here we go. Ten songs that are actually novels in disguise...

Some songs soothe you with their music. The melody takes you away... or back to another time in your life.

Other songs have that, but they also have something else. A story. Most songs have a story - i.e. how they came to be - but not all songs tell a story woth a beginning, a middle and an end. At least not in such a way that you find yourself enraptured in the tale it's telling as much as the tune it plays.

Today I'm giving you ten songs you should listen to and learn from their storytelling technique, because these ten songs, and most of them could be classified as "pop songs" - tell brilliant stories. In fact, they're virtually novels in disguise.

Aside from the poetry - I mean, come on, "I'm never going to dance again, guilty feet have got no rhythm...." WOW - this song for me is like the perfect short story. It captures just one scene but really involves so much more, one man's infidelity. So the rhyming is cheesy and the saxophone dominates, but I maintain that George Michael, for all his faults, can write some flipping good songs.

Hotel California by The Eagles

The kings of descriptive guitar rock - that's a genre, right? - The Eagles may have created the ultimate novel in a pop song with Hotel California. With multiple characters, dialogue and a setting so vivid you can almost smell the "sweat summer sweat" on those dancing bodies. The most commonly accepted interpretation of the song is that it was meant to portray what life was like among the rich (and wasted) in Los Angeles in the 1970s. What's funny is that the now notorious hotel may never have been as an early version of the song was called Mexican Reggae.

Take On Me by A-Ha

This song has huge sentimental value for me. It came out the year I was born and I have vivid memories of making my father rewind a sketchy VHS recording we had of it so I could watch the cartoon style video again and again and again. Now I'll admit that the lyrics don't make a whole lot of sense at first glance, but if you combine the determined beats of the drums and the speedy synth that jumps around all over the place and some occasional dramatic cymbals and the finest falsetto to ever come from Norway, you've got a song that is clearly about a guy and a girl, drunk at a party, and he's trying to convince her to take a chance on him. Right? Hmm.. maybe.

If I'm totally wrong, I apologise. I still think this song deserves a place in this list for the beautifully clumsy lyric:

"So needless to say
Of odds and ends
But I'll be stumbling away
Slowly learning that life is OK."

I see those raised eyebrows and I will ignore them. We've had love stories, heart-breaking tales of loss and a sociopolitical study on this list so why not a murder story involving a lover scorned? Many a worse story has been written than this beauty. Enjoy! Oh and a more modern and soulful alternative is the potty-mouth-titled but brilliant song "Shit Damn MotherF*&ker" by D'Angelo.

There's no messing around in this showtune of a pop song. Bazza cuts straight to the point introducing Lola to us. I love the description offered of her and Tony... before you've reached the first performance of the chorus you are there at the Copacabana. Of course the subsequent verses reveal that "music and passion was always in fashion" but so were jealous lovers. It's essentially a steamy 1940s romp in a 4 minute song.

One of the first songs to really hit me between the eyes and make me realise, "Wait, she's telling me a story here. A story of struggle and hope and sadness. I should listen." Of course, Chapman's narrative is greatly aided by the repetitive strumming of her guitar and very clear changes audible between verse and chorus, but there's a reason this is such a much-loved, respected song.

I'm going to go out on a limb and say that the opening two lines of Tiny Dancer are among the best in pop music.

If this was a novel, you'd want to read more, right?

Apparently the song is (again) about life in California in the early 1970s based on the female performers Elton John encountered in his time. I also think that this song has the best use fo a "bridge" than most - a total change of pace, build up of tension and new sense of need in his voice. I often aim to replicate these things in my books...

By far the most moving song and story on this list is this song by Glaswegian guitar tour de force, Glasvegas. It was my father who explained the song's poignancy to me and that of course has made it extra special. The Flowers & Football Tops refer to what is often seen at the scene of a horrid crime when tragic harm has come to a young boy. You should listen to the song to fully feel the weight of it, just be prepared for the brilliantly strong Glasgow accent.

Killing Me Softly With His Song by Roberta Flack

Long before Lauren, Wyclef Jean and Pras Michel got their hands on this song Roberta Flack gave this song some real soul. But it actually wasn't her song. It was first performed by Lori Lieberman who was said to have been inspired by watching Don McLean (of American Pie fame, see below) perform his song Empty Chairs. She wrote the lyrics in collaboration with Normal Gimbel who was a very famous lyricist and songwriter who wrote many other songs-that-could-be-stories like the Girl from Ipanema. Personally I love both versions but it is in Roberta's performance that I feel this song come alive.

And if that wasn't enough I added another ten songs to the playlist and I'll leave it to you to listen, understand and if necessary do a little research into what the stories these songs tell are all about.

Now if you want some more serious and non-music related NaNoWriMo Inspiration have a look at what's already been published this month.

Londoner turned wanderer, Frankie is an author, freelance writer and blogger. Currently based in Amsterdam, Frankie was nomadic for two years before starting a family with her Australian partner. Frankie is the author of three short story collections, and is a freelance writer for travel and creative brands. In 2017, she launched WriteNOW Cards, affirmation cards for writers that help build a productive and positive writing practice. When not writing contemporary fiction, Frankie shops for vintage clothes, dances to 70s disco music and chases her two young sons around Amsterdam.
Find Frankie on Facebook, Twitter, Instagram, Pinterest, and Google+.
NANOWRIMO INSPIRATION
Next
NaNoWriMo Inspiration: Five Books That Help Me Write More

Previous
NaNoWriMo Inspiration (Day 17): How To Be a Good Writer by Charles Bukowski 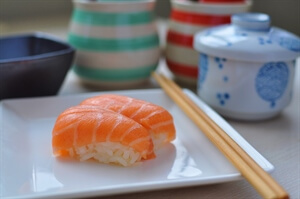 NaNoWriMo Inspiration (Day 28): The Importance of Love & Being Habitual