Words from my Stories: Routines

This is a small excerpt from the short story Routines, available now as part of the book London Eyes: Short Stories.

If I’m really clever I can eat three times in one day. I’m not greedy and I don’t eat a lot – I mean, I’m not a dog – but it’s nice to shop around, have some choice.

The old man is my first port of call. I trot over there when I see a light go on. He’s the only one up early enough and he always responds to my pleas to let me inside. That comes in handy when it starts to get cold.

I have to say the food he puts in front of me leaves much to be desired, but as a starter, it suffices.

He’s rather fond of me. He knows that I like to be scratched behind my ears and under my chin, so I ignore the fact that he says “good girl” or “pretty lady”. If I’m in the mood, I reward him by returning again after I’ve popped back home to eat the breakfast my owners put out for me.

And later, after I’ve had my nap and done the rounds of nearby gardens and roofs, I’ll go back home when the little girl who has moved into my owners’ house has her dinner. She’s so small and stupid she has no idea how to eat, and half of it falls on the floor. Her mother is too slow to tidy up, so I may as well do the job for them.

Sometimes I think about popping back to see the old man on an evening, but I can’t be too needy. I am a cat, after all.

The first thing I see is darkness. Even in the summer. I always beat the sun to it. I need less and less sleep these days.

But the first thing I hear is the cat. She’s the only one I know who will be awake before me. I hear that whine of a meow, as she dances in figures of eight outside my back door. The only thing that shuts her up is a saucer of milk and a few spoonfuls of canned tuna. That and a gentle pat on the head. She’s not mine, of course. I’ve no idea who she belongs to. One of the neighbours who ignore me, no doubt. I don’t think they feed her, that’s why I do it. You hear about people neglecting animals; that’s not right.

She's one of only three or four living beings that I talk to every day. The second person I speak to is the woman at the newspaper shop. A real chatty one she is. Always got lots of questions and comments about things I have no interest in. She’s even started to offer me a cup of tea. I’ve never accepted. Why would I? It’s a paper shop, not a bloody cafe. Besides, I’ve got tea at home. You can call me rude – you can call me whatever you like – but I like drinking my own tea in my own house.

Besides, sometimes the cat will still be hanging outside my door when I get back, and if I’m in the mood I’ll let her in.

My first job in the morning, after I’ve opened up and turned the lights on, is to bring the stacks of newspapers inside and unpack them in piles that are in the same place every day, so customers can walk in and grab the one they want from the top of the pile. That early in the morning they don’t want to spend too much time looking for what they want and I like to help them with that. Then I organise the papers for delivery and put them in Kyle’s bag. If I have to, I then sweep away the leaves that have gathered outside and quickly dust the shelves. After that, I can take up my position behind the counter and wait for the kettle to boil for my first cup of tea of the day. As I do, I like to read the headlines and make some sense of what's happening in the world.

My son, Tony, says that you can tell a lot about a person by the newspapers they read. He said he learnt this from the paper rounds we made him do when he was growing up. He hated them, of course, but we wanted to teach him the value of hard, physical work before he left to enter a cocoon of studying. I always knew he was going to be a man who worked with his mind, not his hands, but I didn't expect him to be so successful, and so established, or for that brain of his to take him so far away from me.

I asked Tony once what newspaper he read, and what that said about him. He told me that he didn't read any newspapers, which sort of surprised me.

The old man is always my first customer. Sometimes he even beats me to it and that always leaves me a bit flustered, like I’m late for work. After it happened the first time, I set my alarm fifteen minutes earlier, but a week later he was there again waiting for me to open up. I'm now getting up thirty minutes earlier than I used to, but thankfully it’s always before the old man arrives.

I have his newspaper folded, ready and I hand it to him with the change he needs from the pound coin he'll place in my palm. I don't know why he never has change for me, but it's not up to me to dictate in what form I receive the money, as long as I receive it.

He shuffles away and often opens the door to let Kyle in. Kyle's our paper boy. He's good enough, well behaved, but very quiet. Barely says a word to me most mornings, which I find a bit peculiar. And lonely. I find chatting warms me up in the morning, but I’m guessing both Kyle and the old man aren’t really morning people. So I make myself a cup of tea and put the radio on instead.

Read the rest of Routines and eleven other stories inspired by travel in London Eyes: Short Stories available on Amazon. And you can add London Eyes to your Goodreads bookshelves.

Londoner turned wanderer, Frankie is an author, freelance writer and blogger. Currently based in Amsterdam, Frankie was nomadic for two years before starting a family with her Australian partner. Frankie is the author of three short story collections, and is a freelance writer for travel and creative brands. In 2017, she launched WriteNOW Cards, affirmation cards for writers that help build a productive and positive writing practice. When not writing contemporary fiction, Frankie shops for vintage clothes, dances to 70s disco music and chases her two young sons around Amsterdam.
Find Frankie on Facebook, Twitter, Instagram, Pinterest, and Google+.
WORDS FROM MY STORIESLONDONLONDON EYESMY BOOKSTRAVEL FICTION
Next
book review: the girls of slender means by muriel spark
Previous
Words from my Stories: The Lost Children of Gatwick Airport
Posts you may also like: 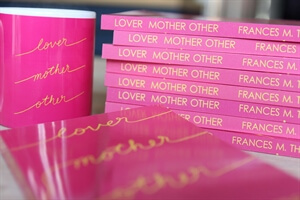 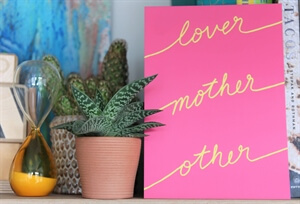