Moments of Happiness in February 2015

Writing and publishing a love story written using only two words per sentence, for every sentence. It was a very enjoyable challenge and seeing as I began and finished it - editing, proofing, cover and all - in just over two weeks, it reminded me how much I can do when I just sit down and work hard towards it.

Feeling overwhelmed by the outpouring of joy from others when we shared our happy news. Seeing as I didn't share any updates during my first trimester at all - what a strange time that was - here's a photo of how I looked for the majority of the first six weeks after I found out I was pregnant. Yes, that face. For six whole weeks.

Going to watch the Paddington film at a very cool Amsterdam cinema, Lab 111. It was an event organised by a new Amsterdam friend of mine who is originally Peruvian - like Paddington Bear!

Continuing to breathe, stretch and open up to yoga more and more.

Having two lots of lovely guests to stay. Two girls who I walked for miles with along Amsterdam's pretty canals that I too often whizz past on a bike. Then a couple who became total pros at cycling and gave us the perfect excuse to head over to the north again.

Being spoilt for my birthday with breakfast out, a trip to a spa and dinner at a fancy pants restaurant. (FYI, I tried floating for the first time at the spa - it was... not very successful. Unfortunately I discovered that it's not for those who suffer from inner ear balance issues and are prone to travel sickness. But the massage I had before, AMAZING.)

Adding more and more songs to a playlist of songs I like to sing to Baby Bird... and it could be my imagination but more often than not I feel the fizzy flutterings of movement when I do. (James Blake's cover of a Case of You, There's Too Much Love by Belle & Sebastian and anything by Bahamas seems to be the most popular.)

Going to watch the Dutch Student Orchestra at Concertgebouw. Every time I  step into that room I'm amazed. If you love live music and find yourself in Amsterdam, just go!

Playing YouTube videos of birds and squirrels for our feline friend.

Having Google wish me a happy birthday.

Giving five bin bags of clothes, books and other bits and bobs to charity. Clearing out feels good.

Watching Sherlock (why did it take me so long?!?), Better Call Saul (like Breaking Bad, it's a slow burner but I like these shows the best), Peaky Blinders (I fancy the main character and like his accent) on Netflix.

Saying a bittersweet goodbye to the neighbourhood cat who has treated us like a second home for the last 20 months. We will no doubt miss him much more than he will miss us.

Finally reading Sherlock Holmes and finding new ways in which the BBC series is very clever. And the books are brilliant - don't delay reading them if you're curious.

Writing on more days than I didn't... but still it wasn't enough.

Doing exercise on more days than I didn't... but still it wasn't enough.

Going for a late lunch at De Foodhallen one Sunday. I dreamt about the banh-mi I ate there a few nights later.

Getting out for bike rides when the sun shines.

Watching a few great films, with my favourites being Blackfish (WOW, just wow. We greedy humans get it so wrong sometimes) The Little Death (hilarious Aussie film) and Pride.

Loving every single comment on this post I wrote for Travelettes about how my travel addiction is starting to loosen its hold on me. And yes, living in Amsterdam does help.

But it seems my addiction isn't quite obliterated as we booked flights to Thailand for a babymoon in a few weeks.

Being forced to not have a laptop for two days after it ground to a halt suddenly... and then having it come back to life twice as fast (THANK YOU NEWMAN!).

Discovering an alcohol free sparkling wine that actually tastes of sparkling wine. (It's called Pasdutout and is stocked by Grape District wine shops in Amsterdam, FYI.)

Making a massive heart-shaped cake for Valentine's Day and reluctantly sharing it with NewMan.

A new apartment, a new start, a new place to make our own.

These are the things that have made me happy in February 2015.

What made you happy this month?

Londoner turned wanderer, Frankie is an author, freelance writer and blogger. Currently based in Amsterdam, Frankie was nomadic for two years before starting a family with her Australian partner. Frankie is the author of three short story collections, and is a freelance writer for travel and creative brands. In 2017, she launched WriteNOW Cards, affirmation cards for writers that help build a productive and positive writing practice. When not writing contemporary fiction, Frankie shops for vintage clothes, dances to 70s disco music and chases her two young sons around Amsterdam.
Find Frankie on Facebook, Twitter, Instagram, Pinterest, and Google+.
ABOUT THE BIRDMOMENTS OF HAPPINESS
Next
Twenty-four little photos from Cape Town

Previous
The Books I Loved in 2014
Posts you may also like: 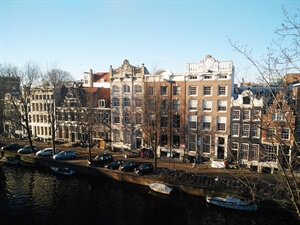 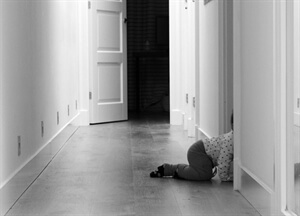 A Diary of Motherhood: Year One, Week Five 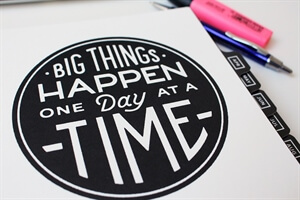 My Writing (and Publishing) Goals for 2016 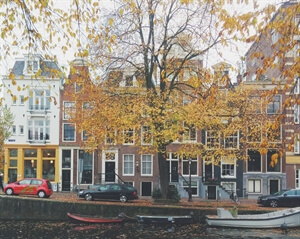 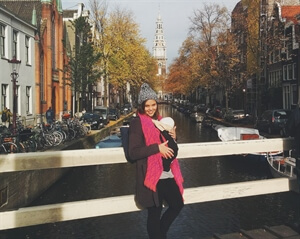