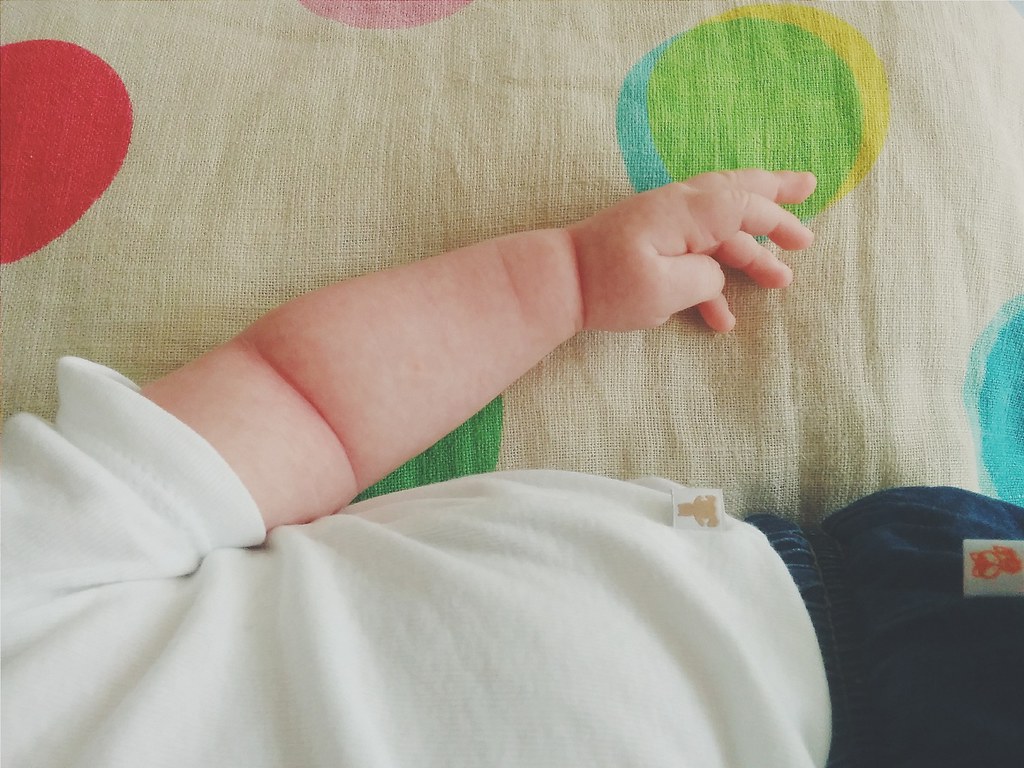 Needless to say my rate of reading has slowed down a bit... okay, a lot. In fact, more than I thought it ever would. But then I got the hang of one-handed breastfeeding and I also invested in a few things - a sling for Baby Bird and a ton of hopefully 'unputdownable' books - and as August comes to a close I'm now reading fairly regularly again. It's a huge relief to say that. I will maybe, possibly, one day write about the assault having a baby has on your identity and personal well-being but it's fair to say that the reduction in "me-time" has been hard to swallow and seeing as reading is my number one "me-time" activity, it was always going to suffer. Hopefully I will be able to find a better balance as time goes on...

So here are the books I read in July and August.

My favourite of this whole selection, I've read many glowing reviews of Just Kids in a variety of publications so I was very keen to read it for myself. First things first, Patti Smith is a comforting writer. Her words sink in easy, don't demand much from you and make you feel both comfortable and confident as she shares the story of her relationship with Robert Mapplethorpe. That said, because of those 5-star reviews I expected a little bit more from the book, though I'm not really sure what. More drama? More insight? More emotion? More action? No, I don't think these things would have enhanced the book. Now that some time has passed I think the lack of over-analysing some of the twists and turns in their lives together (and apart) is actually what makes the book work. Patti Smith doesn't have to spell it all out to you to make you feel some of what she feels. From a writer's perspective, in many ways, this book shows that she is the queen of show don't tell.

Just Kids is also essential reading if you want to know what New York was like during the Sixties and Seventies; on several occasions I felt like I'd gone back in time and become a million times cooler!

Mindful Birthing: Training the Mind, Body, and Heart for Childbirth and Beyond by Nancy Bardacke

A stocky book that probably should be read in stages as you progress through pregnancy, my reading of this book was a little stop-start and thus I probably didn't benefit from it as much as I should have. However it was still a fine introduction to mindfulness within the context of pregnancy and childbirth. Some of the exercises felt a bit drawn out, but perhaps that's me cutting corners and missing the point! In short, it complimented the other books I read to prepare for giving birth and also encouraged me to find out more about mindfulness beyond giving birth.

Childbirth Without Fear: The Principles and Practice of Natural Childbirth by Grantly Dick-Read

Having read and reviewed a number of books about natural childbirth, it became clear that this is the one I needed to read as most of the research and experiences I'd previously read about stemmed back to this book, originally published as a collection of essays and findings in 1933, the book was updated by Dick-Read an re-issued in 1959. In both decades, and even now, some of what he says was and is met with conflicting findings, and other parts are very outdated and therefore a little chauvanistic and sexist, but the majority of his findings and make an awful lot of sense. Having now experienced childbirth, I have many pages of additional thoughts about how we approach the topic of natural childbirth and then also discuss the role of modern medicine in labour because I did need help and had a hospital birth, but this book still contains the most important message all pregnant women should hear: do not fear childbirth. Embrace it, treasure it and once over, be proud of your story, however it played out. Actually that last bit is my message.

Also while it shocked me when I first saw it, I have grown to love the book's cover. I think it shows a woman in her element.

Z: A Novel of Zelda Fitzgerald by Therese Anne Fowler

I remember when this book was first published a few years ago and a lot of lifestyle bloggers were quick to get copies and share they were reading it. Because it had had this kind of exposure I (admittedly illogically) and because it's about a woman who has always intrigued me - it's hard to hear about her in other articles and books without an association to severe mental illness and alcoholism - I had quite high hopes for the book when I downloaded in as part of my aforementioned splurge. Sadly, I felt it didn't live up to them. While it was clearly well-researched, this almost became a distraction with names, dates and details awkwardly squashed into prose that was still too non-fictiony for what was supposed to be a novel. That said, I found some of the author's use of poetic license to bridge gaps in research - namely the rivalry between Zelda and Ernest Hemingway - to be intriguing and I always admire those who expose darker sides to literary heros (in this case F. Scott Fitzgerald). If you're interested in this time in American literature and don't already know much about the Fitzgeralds, this is a good book to read, but don't do so expecting magical writing or a novel you can escape and lose yourself in. In fact, I would recommend Fitzgerald's Tender is the Night for that...

Violette Szabo: The Life That I Have by Suzan Ottaway

The second book I read from my big batch of ebooks, I downloaded this because a) I've not read a traditional biography in a while and b) I love reading about the brave stories of courageous women during the Second World War. I knew next to nothing about Szabo before I started reading this and I resisted doing a Wikipedia search so that my knowledge stayed at "French resistance spy in WW2" as the story unfolded. For this reason the first half of the book left me wondering what exactly would make Szabo's life so special that several other people have written books about her and schools and places have been named after her. Without wanting to ruin the book, it does quickly become clear why this is the case and I was very moved by how Szabo's motivation came from such a personal, tragic place. Again one reason I don't think this book did well with me was because I was put off by the author's desire to include as much of her research as possible with huge chunks of chapters going off piste a little to bring only a small amount of loosely relevant background to the story. Or maybe I'm a little out of practice reading biographies as this was my first in a few years... Still, very much worth reading if you want to read a true story about a bold and brave woman.

Now over to you! What books have you read recently and enjoyed? I'm still looking for more 'unputdownable' reads to keep me busy during those middle of the night feeds! And as always you can follow my reading progress on Goodreads

Find more book reviews and recommendations from this year: January, February, March, April, May and June.

Londoner turned wanderer, Frankie is an author, freelance writer and blogger. Currently based in Amsterdam, Frankie was nomadic for two years before starting a family with her Australian partner. Frankie is the author of three short story collections, and is a freelance writer for travel and creative brands. In 2017, she launched WriteNOW Cards, affirmation cards for writers that help build a productive and positive writing practice. When not writing contemporary fiction, Frankie shops for vintage clothes, dances to 70s disco music and chases her two young sons around Amsterdam.
Find Frankie on Facebook, Twitter, Instagram, Pinterest, and Google+.
BOOK LOVE2015 READING CHALLENGE
Next
Moments of Happiness in March 2015

Previous
Amsterdam Travel: My favourite brunch spot in Amsterdam - Little Collins
Posts you may also like: