About Albert Cuyp Market in Amsterdam

My local market for over two years, Albert Cuypmarkt is the oldest daily market in the Netherlands (apparently), the busiest street in the country (apparently), and certainly is the main artery for the area it is found in, namely De Pijp.

I go there several times a week to buy fruit and vegetables, a bunch of flowers and any number of other bits and bobs, and so it's almost criminal that it's taken me so long to take some photos of Albert Cuyp market and share them with you. I'll also do my best to give you a few reasons to consider visiting it during your stay in Amsterdam. (P.S. If you'd like more Amsterdam travel tips you can find them here!)

But before I dump a ton of photos on you, let me share a bit more information about Albert Cuyp Markt which unsurprisingly takes place on Albert Cuypstraat. It's worth knowing that the street itself is also lined with shops (some of which are associated to the stalls that extend in front of the shops) so there aren't just stalls to check out.

And if you're interested, Albert Cuyp is the name of a famous Dutch landscape painter from the so-called Dutch Golden Age and if you're super observant or knowledgeable you'll notice that all the street names in the surrounding area of De Pijp are named after Dutch painters.

The market on Albert Cuypstraat began back in the late 1800s when local residents of the new and quickly growing neighbourhood (that eventually became known as De Pijp) wanted to buy their food more locally.

It began rather ad hoc with people rolling up pushcarts to sell their wares but by 1912 there was a daily market on the street six days a week. With the neighbourhood becoming homes to a lot of immigrant families - the neighbourhood has also got the name of Latin Quarter - the market has always had an international feel as well as being a place where you can buy typical Dutch foods.

Just off the top of my head I can say there is a French butcher, an Asian Supermarkt, a Turkish restaurant, several Halal butchers, and more than a few take-away shops selling foods from Suriname, Indonesia, the Caribbean and Asian countries.

Albert Cuyp Market Amsterdam is also a great place to source international food ingredients with the Asian Supermarket and also Tijns close by which stocks a lot of much loved but missed international products like Vegemite for Aussies and certain brands of candy, chocolate and peanut butter for Americans. There are also lots of other cafes, restaurants and hangouts including a couple of vegan-friendly options. See my full Amsterdam vegan guide for more details.

Certainly not the prettiest or most elegant market in the world, there's plenty of character (and crap!) to be found on Albert Cuyp and that's why I do recommend for people to go there to soak up some local life and a bit of authentic Amsterdam. I also recommend going hungry and walking its length before you commit to eating something.

At the Van Woustraat end of Albert Cuyp are lots of street food style stalls from fries to Vietnamese spring rolls, and then as you head to Ferdinand Bolstraat at the other end of the market you'll find stall selling freshly cooked Dutch sweet treats like stroopwafels (caramel waffles) or poffertjes (mini pancakes).

As these photos will show you, Albert Cuyp Market is also a good spot for last minute souvenirs, a colourful wig and if you're still hungry and feeling brave enough, you can try the Dutch delicacy of pickled herring. As this corner of Amsterdam becomes increasingly gentrified - yes, something I'm very likely contributing to - I like Albert Cuypmarkt for being the total opposite, and for virtually bringing me decent fresh produce to my doorstep.

Places to Eat and Drink at Albert Cuyp Markt

If you do happen to be visiting Albert Cuyp at the end of the day, it's worth sticking around and finding somewhere to eat as there are a few decent places to try on Albert Cuypstraat itself. The street is in the middle of a slow but obvious gentrification process with more hipster and millenial-friendly restaurants and bars opening up every few months.

Los Feliz is a Mexican-themed restaurant (that is owned by the same people who run brunch favourite Bakers & Roaster), De Japaner is a Japanese tapas restaurant that is open late and feels more like a bar than a place to eat, and next door to De Japaner is Calle Ocho a Cuban bar that is all set up for you to feel like you're on set in Narcos. You can continue this theme by having a drink in Escobar which is housed in the old local swimming baths and a previous home to a jazz music venue.

There are also some other good places worth checking out if you fancy a bite to eat during the day. Trust is a non-profit, "pay what you feel" cafe where you can have a coffee or some lunch. Bazaar is that Turkish restaurant I mentioned which is quite a fun place to get lunch or a drink. I also keep hearing good things about Saskia's Huiskamerrestaurant (which translates as "house room restaurant" meaning it is usually hosted in someone's home).

I think that's the most important if you're looking for more travel tips for a visit to Amsterdam be sure to check out these posts and this page which has all of my Amsterdam travel blog posts: 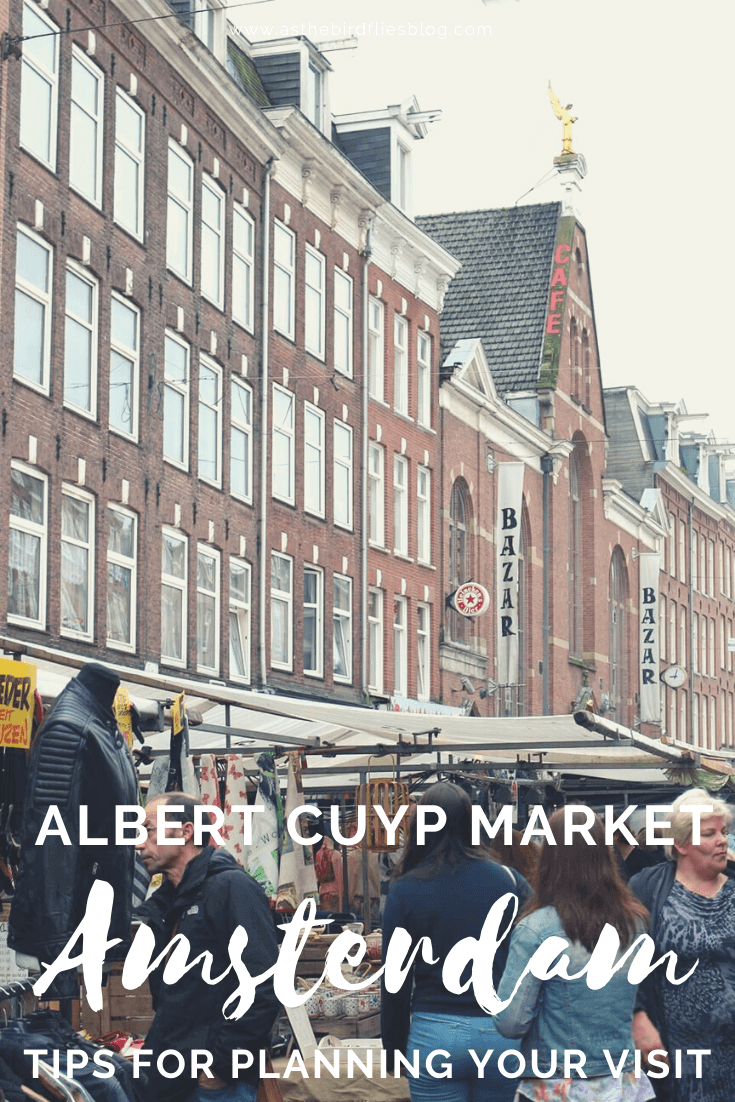 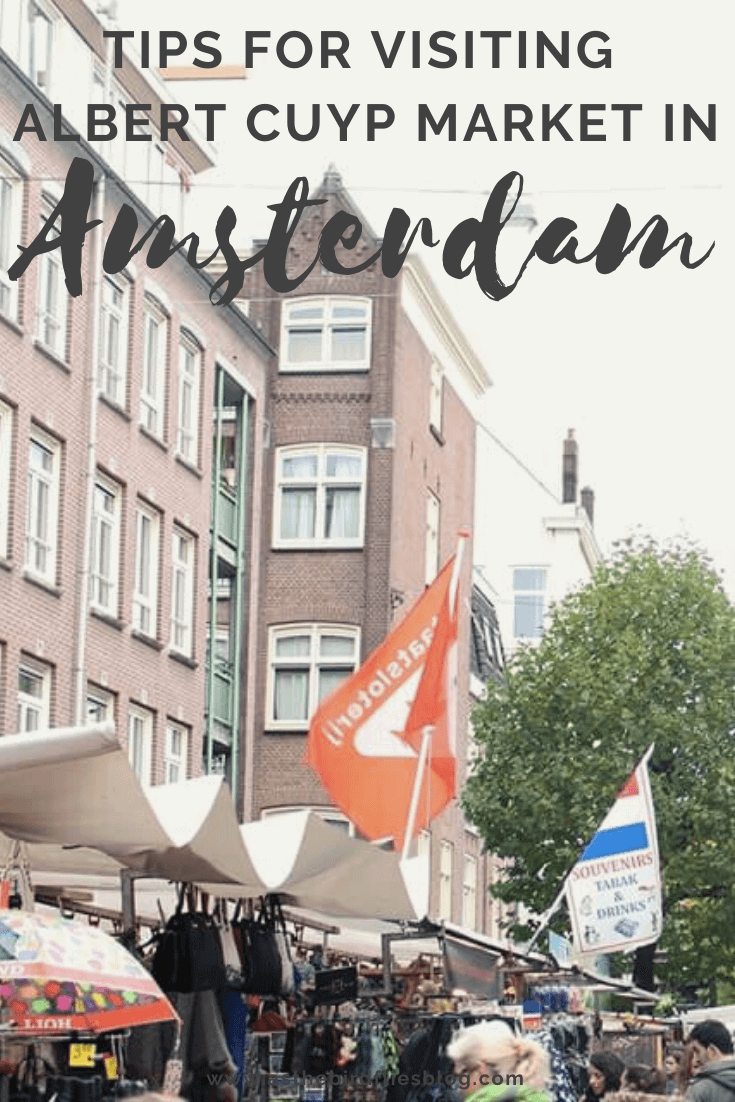 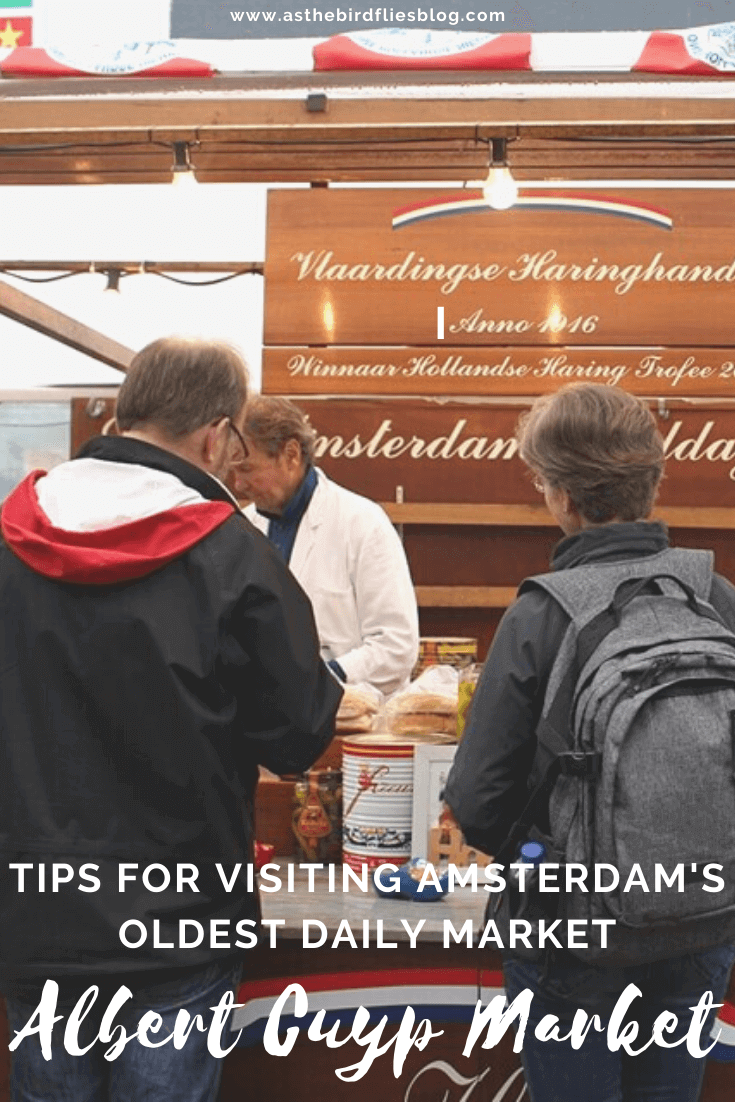 Londoner turned wanderer, Frankie is an author, freelance writer and blogger. Currently based in Amsterdam, Frankie was nomadic for two years before starting a family with her Australian partner. Frankie is the author of three short story collections, and is a freelance writer for travel and creative brands. In 2017, she launched WriteNOW Cards, affirmation cards for writers that help build a productive and positive writing practice. When not writing contemporary fiction, Frankie shops for vintage clothes, dances to 70s disco music and chases her two young sons around Amsterdam.
Find Frankie on Facebook, Twitter, Instagram, Pinterest, and Google+.
AMSTERDAMAMSTERDAM TRAVELAMSTERDAM TRAVEL ADVICE
Next
Family Travel: Best Babymoon Destinations Around the World
Previous
Family Travel: Tips for Road Trips with a Toddler