Travel Stories: The Tale of Two Mice & Me

They are the sounds a family of mice make when they hit the bottom of a metal bin. (The "Kerplink" was the baby mouse.)
I like to consider myself a bit of a tough cookie when it comes to creepy crawlies and small rodents, however the first time I saw a mouse appear from nowhere and race across the kitchen floor in our Amsterdam apartment as fast and light as a feather, I swear I felt my stomach jump several inches closer to my throat. And I did that silly wobbly arms and legs shudder of a dance that people do when they feel someone "walks over their grave" or when they... see a tiny, harmless, admittedly-quite-cute mouse.
I just wasn't prepared for it.

And I wasn't prepared to see this one make a bee-line for our bin where it then disappeared through the hole under the foot pedal. I will never know quite how quickly it took this mouse to then use a process of wedging and no doubt popping and locking its body to hump its way up the side of the bin and then, with a smile on his face, dive into the gloriously smelly depths of our rubbish below. He would escape roughly the same way he came, this time using his claws to craft out footholds in the black bin liner; the after effect of which would be a lot of mess and leaking when it came to emptying the bin.
It can't have been that hard a task because a few moments later I saw (and shuddered once more) at two more follow in his footsteps.

There followed an ingenious plan. We consider ourselves caring people and we don't believe in cruelty to animals or any other living being. Apart from mosquitos . Besides, in my book, there is one thing worse than dealing with an alive mouse and that is a dead mouse. So we removed the bin liner and its contents and waited for the mice to fall into our trap, or rather to fall into the bottom of the bin. With no bin liner or moutain of rubbish to climb up they would be stuck.

Interestingly enough, this is also the noise that mice make when they try jumping up and down in a metal bin.

"Oh, make it stop," I begged NewMan, who obliged. Bravely running down four flights of stairs carrying the bin to release them on the street.

Where they would, of course, find their way back to our apartment and our bin.

That was the summer of 2012, our first stay in the city of Amsterdam. As we approached the end of our time in Amsterdam  (we were house-sitting so had to leave!) we began to feel suddenly sad. Although we had a year of fascinating and fulfilling travel ahead of us, leaving this city felt a bit premature and inconvenient.

One of the ways I tried to put a positive spin on our depature was by focusing on those mice.

"Hey, at least we won't have to deal with mice anymore?" I offered to NewMan as we packed up a rental car with two suitcases and two Dutch bikes on the 26th July 2012. "No more late night bin deposits!"

He smiled, but without saying it we both already knew we'd be back and not knowing when felt sad enough.

On 27th July 2013, Amsterdam was sweltering under a heatwave. We opened the back double doors to our small deck which looked out over the back gardens of a block of houses. We prayed for a breeze.

In walked a cat. He was mostly black but for his paws, a manly crest of white hair on his chest and a splodge on his nose as though he'd mistaken a bowl of white paint for milk. 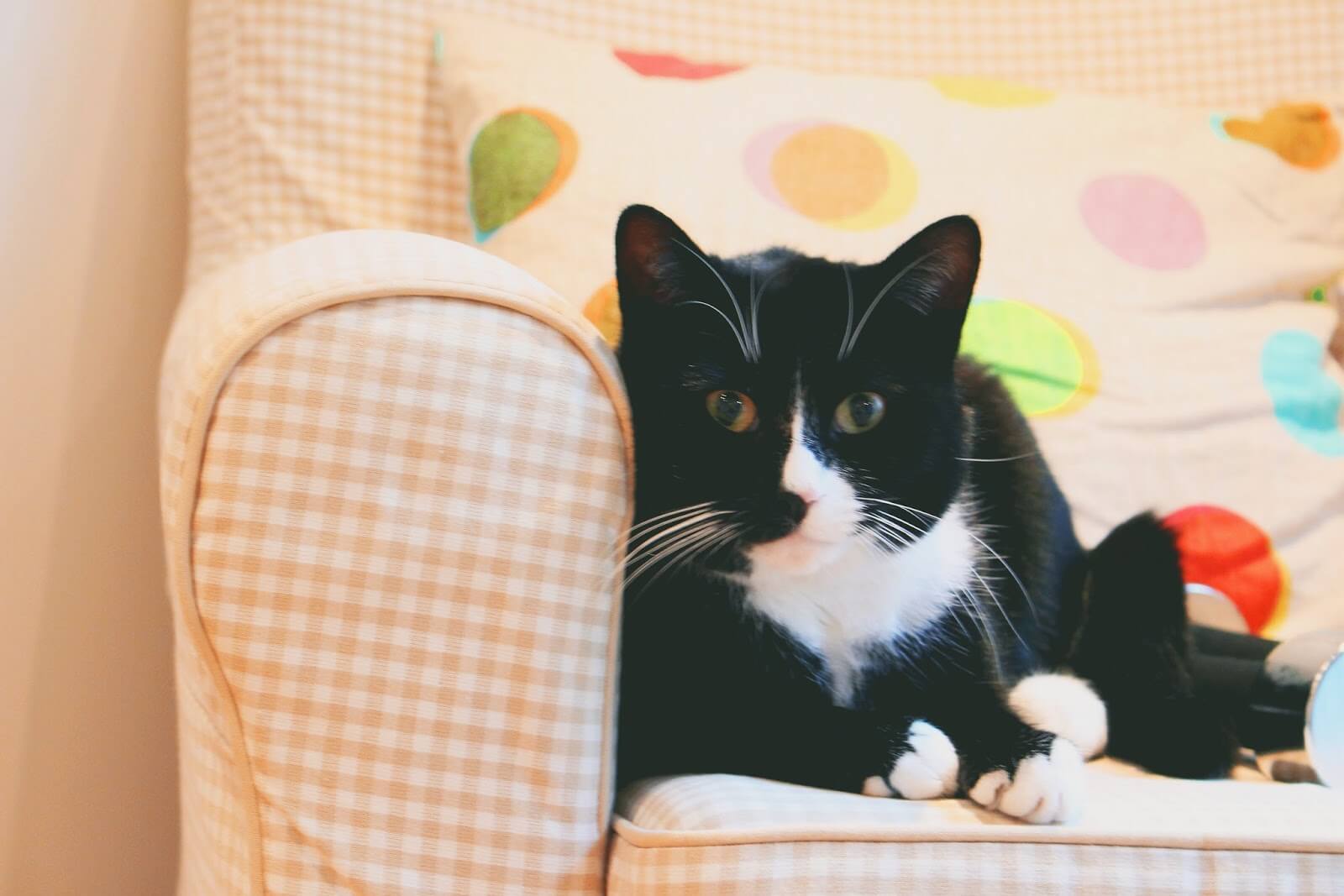 As NewMan bent down to stroke him, the cat bobbed his head up so he could get closer. I felt my heart melt in that silly sappy way I just can't stop no matter how hard I try. (I get the same feeling when I see the photo of NewMan with the cat we looked after in Morocco in this post .) We had no idea who he belonged to - we still don't - but from that moment onwards this cat began to consider our home to be it's home. At least for a few hours a day. Sometimes he lies in the window seat next to my desk and sleeps while I work. When NewMan comes downstairs he jumps up and urges him to play with him; a piece of string will suffice. And in the evening he lies on the dining room floor and watches us as we argue over how to cook whatever it is we can't agree on eating. Then when he's bored by us, which sometimes takes only seconds, he leaves.

We call him Pigeon because when he purs he makes a noise that sounds almost exactly like the "Coo" of a wood pigeon.
"Hey, at least we now have a cat to keep the mice away!" I said to NewMan last summer. I'm not sure if it's having Pidge parade around our home every now and again or if it's just our good luck, but we've never once seen or heard as much as a squeak from a mouse in our new Amsterdam home... the one we haven't left yet. The one we have no plans on leaving.

But we do have another mouse in our life. The one we we bought in Ikea as a toy for our new friend Pigeon who has reminded us that though there are positives to going - and always going, from one place to the next - but there are also positives to staying too. And that's just one of the many, many reasons we're staying in Amsterdam for the foreseeable future.

UPDATE: In a strange twist of fate, last night - the night before I'd scheduled this post to be published - Pigeon strolled through our open terrace doors with a half-dead mouse in his mouth. I did that silly mouse-dance again and this was enough to make him promptly leave, thankfully with the mouse still in situ. He proceeded to tortue the poor thing on our decking until NewMan shoo-ed him away. That's the first time the cat has ever done that which is very ironic considering the nature of this post. It appears Amsterdam may not be so mouse-free for us after all!

Londoner turned wanderer, Frankie is an author, freelance writer and blogger. Currently based in Amsterdam, Frankie was nomadic for two years before starting a family with her Australian partner. Frankie is the author of three short story collections, and is a freelance writer for travel and creative brands. In 2017, she launched WriteNOW Cards, affirmation cards for writers that help build a productive and positive writing practice. When not writing contemporary fiction, Frankie shops for vintage clothes, dances to 70s disco music and chases her two young sons around Amsterdam.
Find Frankie on Facebook, Twitter, Instagram, Pinterest, and Google+.
TRAVEL STORIESAMSTERDAMABOUT THE BIRD
Next
My Thoughts: The Role of a Big Sister
Previous
MusicMonday: A Playlist I Love (for Daydreaming)
Posts you may also like: