Vondelpark is my favourite park in Amsterdam. I sometimes wish it wasn't because it's a bit of a cliche, but every time I'm there I feel a real connection to it. Maybe it's because when we first lived in Amsterdam back in the summer of 2012 I would run around it's paths, but I suspect it's for the same reasons everyone likes Vondelpark; it's the city's main park and it connects the main canals to the suburbs of Amsterdam's Old West and Old South. There's also lots to do there. There's an adventure playground, swings and slides, acres of space for dogs to run in, people to play football in and several cafes and restaurants to stop and enjoy a hot drink in. There are several water features and lakes, and scattered throughout the park are modern art sculptures. In the summer there's a huge paddling pool for children and the green spaces are filled with people hanging out together. There's an outdoor theatre, a conservation area for monitoring wildlife, and there's a famous underground bunker that was used in the Dutch resistant movement during the Second World War. It's where locals hold birthday parties and barbeques; it's where thousands of Amsterdammers clock up miles by running, walking, cycling or rollerblading; and it's where my partner and I like to go on bike rides together, especially just as the sun is going down on hot, hot, hot summer days.

Well, the day I was there pushing my sleeping son in his stroller and with my camera around my neck wasn't a hot, hot, hot summer day. It was a fresh and cool winter's afternoon but the sky was bright blue and the sun shone down on Vondelpark making for some beautiful weather in which to go about taking photos of the very first signs of spring. What a smile-prompting joy it is to see snowdrops, daffodils, crocuses all pushing up from the ground and to spot brave white blossom perking up the naked trees...

A Short History of Vondelpark

It was only recently that I found out that Vondelpark (pronounced somewhat amusingly with a soft "v" so like "Fondle Park") is named after the Dutch poet, Joost van den Vondel, however, this was an accidental "naming" as it was originally called Nieuwe Park (new park). However, after a statue of the poet was installed there in the late 19th century, not long after the park had been made a public open space, the locals began to call it "Vondels Park" and eventually it stuck morphing into Vondelpark.

Things to do in Vondelpark

Vondelpark is a vast park with lots to see, do and enjoy regardless of the time of year, though of course summer and fine weather days are the best times to enjoy it. Spread out over 120 acres you can pass many hours walking around the outer pathway where you'll be overtaken by joggers, cyclists and inline skaters.

Apparently you can actually rent some roller skates or rollerblades yourself if you head up to Vondeltuin at the far south of the park, where there's also a cafe, terrace and kiddies' play area. I would also recommend coming to Vondelpark to try out your cycling before you the roads. There are lots of bike rental spots near and around Vondelpark.

There's a vast children's area in the central west part of the featuring sand pits, swings and other things to climb on as well as a splash pool that's full with water during warmer months. You can find another playground in the grounds of Melkhuis, another cafe, bar and restaurant that has nice tables set up beside a small lake. You can easily watch the world go by from here - or watch your children safely run around the enclosed area in the rear. A more advanced wooden adventure play area is just south of this with more "treehouse-style" features for older children to climb on and explore.

There's a rose garden located in roughly the centre of the park, and a conservation area virtually opposite. The latter isn't generally open to the public but if you keep your eyes closed around here you could see some interesting birds and wildfowl and almost certainly ducks, herons, geese, coots and moorhens. Speaking of birds, Vondelpark is famous for being a popular spot for hundreds of green parakeets that will sit in the trees and sing (ahem, squawk their heads off) but they can sometimes be hard to spot unless you look, so be sure to look around in the trees for them.

Vondelpark 3 was originally built as Vondelpark Pavilion, a meeting place for Amsterdam's growing art scene, but nowadays it's where you can have some lunch or enjoy a drink on its terrace. It was once the home of the EYE Film Institute which has now relocated to a must-see location on Amsterdam Noord, just a short and free boat ride from Centraal Station.

There's also an open air theatre space that is used for markets, shows, gigs and yes, theatre performances that are nearly always free to enter. There are also many other cafes scattered around the park including the Blauwe Theehuis and the Kinderkook Cafe where children as young as two can help make their own food.

So, needless to say I recommend getting yourself to Vondelpark if you're visiting Amsterdam. Even if it's just for a quick twenty minute stroll or a ten minute cycle across it to get to somewhere else. Alternatively, spend the whole day there if the weather is fine and you have good company. 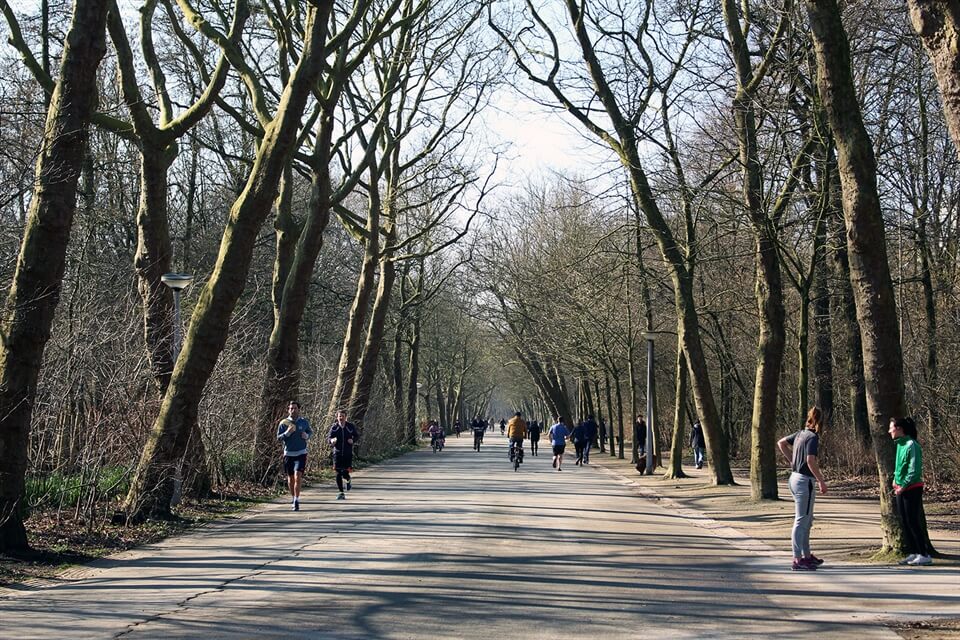 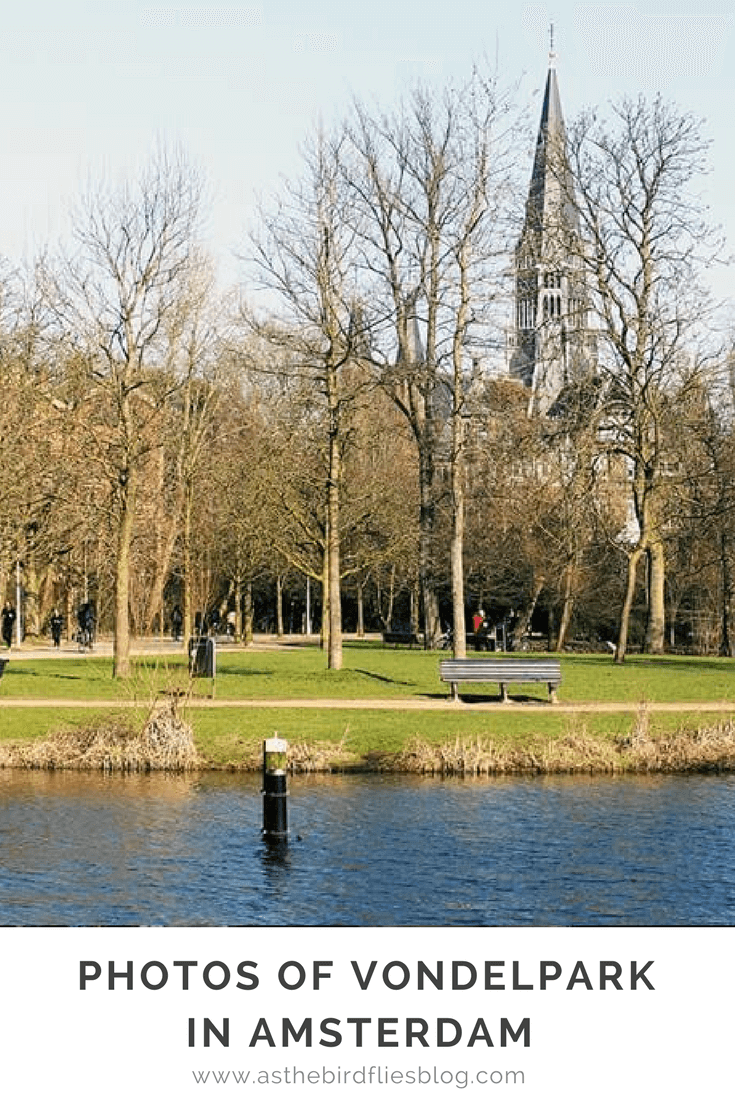 Londoner turned wanderer, Frankie is an author, freelance writer and blogger. Currently based in Amsterdam, Frankie was nomadic for two years before starting a family with her Australian partner. Frankie is the author of three short story collections, and is a freelance writer for travel and creative brands. In 2017, she launched WriteNOW Cards, affirmation cards for writers that help build a productive and positive writing practice. When not writing contemporary fiction, Frankie shops for vintage clothes, dances to 70s disco music and chases her two young sons around Amsterdam.
Find Frankie on Facebook, Twitter, Instagram, Pinterest, and Google+.
AMSTERDAMIN PHOTOSAMSTERDAM TRAVEL
Next
Life in Amsterdam: Our Reasons for Living in Amsterdam

Previous
A Diary of Motherhood: Week Eight
Posts you may also like: