NaNoWriMo Inspiration (Day 4): Here's what you have to look forward  to. 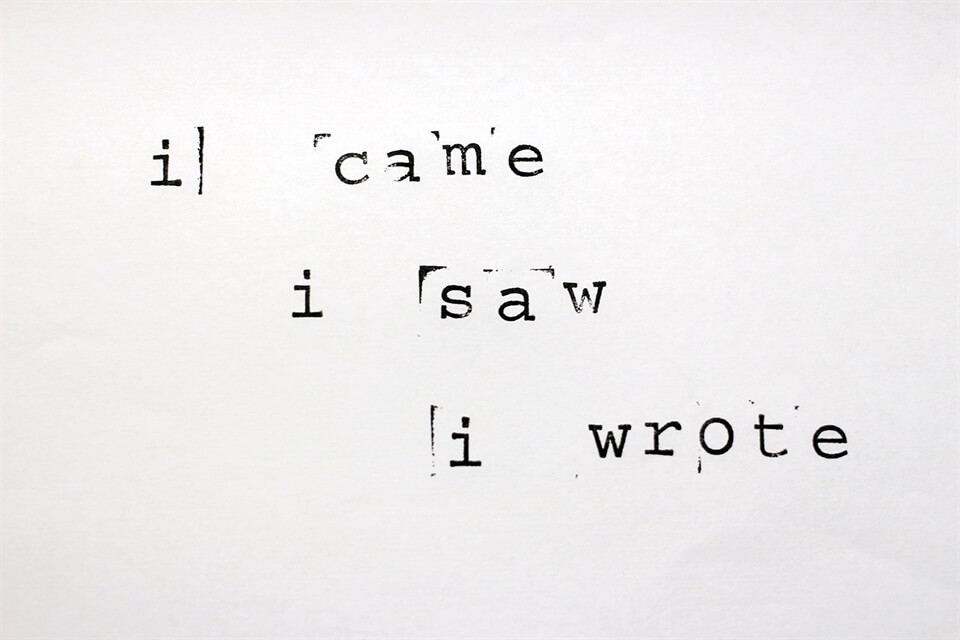 I wanted to wait a few days before I shared some more detailed thoughts about what my two previous NaNoWriMo experiences have been like.

Not because I've lulled you into a false sense of how easy this is going to be by deliberately not mentioning the highs and lows, rather, I'm sharing this now because you're already invested in the challenge - 5000+ words and counting, I hope - and there's a good chance that you already know this isn't going to be easy every day.

These two images prove that.

A breakdown of how my previous two NaNoWriMo experiences went

This is how my first NaNoWriMo looked in 2012, during which I wrote the first draft of thirteen stories, eleven of which made it into Shy Feet*.

As you can see, I was ahead on my the daily word count goals all the way through Week 1. During Week 2 I I fell behind, and I distinctly remember how hard I found it to keep up or even regain some of the ground I'd lost. I felt downhearted and disappointed in myself - all completely unfounded, I now realise - and so I set aside a Sunday afternoon to catch up. I clearly remember the relief I felt at getting ahead by a few thousand words. Rather than relax and enjoy this buffer I kept up my regular 1667 daily word counts throughout Week 3 and again on Sunday (I think) I sprinted ahead again... because that felt good. This happy feeling fueled some serious stamina and I reached 50,000 words on Day 25... and I kept writing.

The moral of my Year 1 experience was if I got ahead, I stayed ahead.

Prior to 1st November 2013, I'd written a (very rough) chapter plan and done some work on my main characters and I entered the challenge very eager to write, which is obvious from my Day 1 and 2 word counts. I continued to have a very storng Week 1.

While I didn't fall behind in Week 2, I clearly remember coming across some plot problems so jumped ahead to a scene I was more confident of. This happened a lot and as you can see in Week 3 I sort of lost the plot, literally and figuratively. It also appears I had some non-writing days which I always try to avoid when writing to a deadline because once I break a habit, I find it very hard to get back on track (it's another reason I try to run every day).

By the looks of it I needed two days of serious binge-writing (of 4000 and 8000 words respectively) to get me to the 50,000 target, which again I did earlier than Day 30, but unlike Year 1, I didn't write anymore once I'd got there. This is more because I felt despondent about the book I was writing than anything else. I still feel that way which is why I've not returned to the draft... maybe I never will. I'm surprisingly okay with that. I learnt a lot writing that book.

What I've learnt from previous NaNoWriMos

I now know from these two previous years that I write easier and quicker when I'm ahead.

I also feel considerably better about my writing, about the challenge, and frankly, about life in general. Call me crazy but I know this is true.

That said, I also know that I can claw it back and I can write more than 8000 words in a day, if I have to, so it does help if I have "spare" days, i.e. weekends at home. I've got two weekends in November when I plan on blocking out at least six hours to play catch up, if needed.

Because I'm travelling a lot at both the beginning and the end of this year's NaNoWriMo, I'm going to do all I can to get miles ahead on this challenge at the beginning, to the point where I asked a friend if I could bring my laptop to her house when I came and stay with her on November 1st. Likewise, I'm travelling with a tablet and am writing all my NaNo words in Evernote so I can write as much as possible on the go. (Evernote also has a handy word count feature - yay!)

How does this help you win NaNoWriMo this year?

I wanted to share this with you to show that you can (and probably will) fall behind... but you can catch up.

I wanted to share this with you to prove that there is no "best way" to win at NaNoWriMo. You just write, when you can, as much as you can.

I wanted to share this with you to demonstrate how everyone's experience will be different, and that a writer can have a very different journey one NaNoWriMo to the next.

I also wanted you to see how useful these stats are to looking back on your writing, showing you your best days to write (Sundays for me, always) and also how effective NaNo is at giving you something to look back on, learn from and feel a bit proud of in a warm-and-fuzzy-inside kind of way.

I can't wait to see how high your chart grows...

* If you're interested or you've read the book, you may be wondering where the twelfth story came from twelve stories in Shy Feet, I actually wrote it nearly five months after the original first drafts were completed. I was living in Brighton, went for a run and the idea of a story about a girl obsessed with maps popped into my head. I wrote the first draft in less than two hours and after many more hours of edits, knew it belonged in the collection. As for the two stories which I wrote in November 2012 but didn't make the cut, one of them was more of a poem than anything (written from a migrating bird's perspective - obviously!?!?) and the other is a story set in New Zealand about three strangers who go on a road trip together. I got nearly 8000 words in and realised it was too big a story for a collection of short fiction and it's now one of the novel ideas that I have been working on intermittently and I will definitely, definitely write it one day. Maybe it will be next year's NaNoWriMo?

Londoner turned wanderer, Frankie is an author, freelance writer and blogger. Currently based in Amsterdam, Frankie was nomadic for two years before starting a family with her Australian partner. Frankie is the author of three short story collections, and is a freelance writer for travel and creative brands. In 2017, she launched WriteNOW Cards, affirmation cards for writers that help build a productive and positive writing practice. When not writing contemporary fiction, Frankie shops for vintage clothes, dances to 70s disco music and chases her two young sons around Amsterdam.
Find Frankie on Facebook, Twitter, Instagram, Pinterest, and Google+.
NANOWRIMO INSPIRATION
Next
Words from my Stories: An Invisible Girl
Previous
Twenty-four little photos from Rotterdam
Posts you may also like: