My Thoughts: The Ridiculously-Obvious-Yet-Too-Easy-To-Ignore Importance of Living Your Life Offline

It's dark, the rain is tap dancing on the windows and I'm sat at my desk hitting the keys to write out a blog post. It feels good to type words that reach you, but I have to be honest and say that the whole time I was in Cape Town, I didn't want to. I didn't want to be a blogger, or even a writer. I wanted to be Frankie, girlfriend, friend, a young(ish) woman.

I had no idea how tired and drained NaNoWriMo made me until it was over. Of course this wasn't helped by my commitment to publish daily inspiration posts for you - something I do NOT regret, although it meant the build up to November was equally as demanding as I did my best to prepare as many of them as I could (I got to about Day 23 and so this made the final week of NaNo particularly tough... silly Frankie).

And so as the 1st December arrived, and a hot sun blazed down on us, the idea of opening up my laptop and writing more words terrified me. This is not an unusual feeling as a writer, but what wasn't so usual was that I catered to it. I didn't open my laptop every morning. And when I did, I kept it in flight mode. After a few days I stopped worrying about emails and unscheduled Facebook posts, and I went out into the sun. I went to the gym. I walked for the sake of walking. I made lunch last more than two hours. And on many an afternoon I found a spot by a swimming pool and I read a book or let my eyelids fall to a close. The only writing work I did was for my books and for my pleasure.

What was even more special was that my partner, NewMan did the same thing, as much as he could. Considering he's a guy who has to be on call 100% of the time, this was all the encouragement I needed to stay offline and spend quality time with him. For a couple who live and work together in the same building all day, every day, you'd be surprised how infrequently we spend the whole day in each other's company.

The main reason we were in Cape Town was for a friend's wedding and there were multiple social occasions before and after the ceremony itself. As one lazy, laughter filled day rolled into another this only served to confirm I was doing the right thing by taking a break and focusing on being social, and of course, giving me some time to see more of a new city, a new country, a new people.

And what a welcome we received.

Smiles, waves, jokes, laughter. These are the ways the South African people greeted us across the region from the wine producing areas of Stellenbosch and Fransschhoek to Cape Point, the most southwestern point of the Cape Peninsula. Unlike previous holidays which have been to countries and climates I've been to before, going to a completely new place also made me realise how much more there is out there in the world, and how much I'm potentially missing by living a life that's often more online or on a computer than not.

I'll write (much) more about Cape Town in the coming days and weeks, but for now I'll leave you with one short but sweet slice of advice. Get offline as much as you can today. Claim back that time for yourself. It may feel strange and even a little lonely at the beginning but make the effort. Nobody will ever look back at their life on their deathbed and say the words "I wish I'd spent more time answering emails," or "I didn't spend enough time on Facebook". Besides, if I have nothing interesting to share, what's the point in even logging on and doing so? So whenever you can, however you can, get offline and enjoy your own company or that of a loved one.

Even though I have a mountain of work to catch up on, I'm going to be blocking Facebook and Twitter all day and I'm going on a (cold and wet) bike ride with NewMan. I'm not saying these stubborn, good intentions will last, but I wanted to document how shifted my priorities are right now and maybe, just maybe, I'll re-read this post in a few weeks or months and I'll remind myself to live my life offline before I even think about sharing it online.

Londoner turned wanderer, Frankie is an author, freelance writer and blogger. Currently based in Amsterdam, Frankie was nomadic for two years before starting a family with her Australian partner. Frankie is the author of three short story collections, and is a freelance writer for travel and creative brands. In 2017, she launched WriteNOW Cards, affirmation cards for writers that help build a productive and positive writing practice. When not writing contemporary fiction, Frankie shops for vintage clothes, dances to 70s disco music and chases her two young sons around Amsterdam.
Find Frankie on Facebook, Twitter, Instagram, Pinterest, and Google+.
CAPE TOWNABOUT THE BIRDMY THOUGHTS
Next
NaNoWriMo Inspiration (Day 11): Tell us all about it... all the little heartbreaking details.

Previous
London Eyes: Short Stories is now available as a paperback!
Posts you may also like: 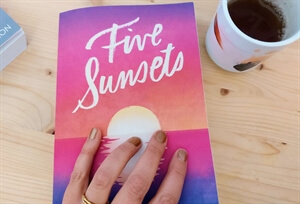 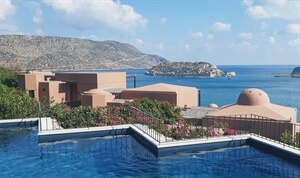 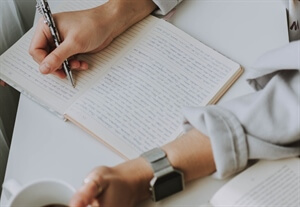 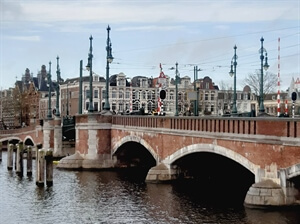 My Thoughts: The Things That Helped Me in 2020﻿