Words from my Stories: The Lost Children of Gatwick Airport

This is a small excerpt from the short story The Lost Children of Gatwick Airport, available as part of the book Shy Feet: Short Stories Inspired by Travel .

I was eight when I got lost at Gatwick Airport. It was a long time ago.

I didn’t grow up in the city. I was born and raised many miles away. London was where my relatives lived and where we spent Christmases and the odd weekend. Tall skyscrapers, red double-decker buses and levitating roads called “flyovers”; they were all so exciting, so London. It was only later I found out that we rarely ventured away from my Aunt’s home town of Croydon.

In those days, flying was something special, even to watch from afar.

In those days, an airport was an adventure, not an annoyance.

So, there I was with my father and my younger brother, standing on the flat roof of one of the terminal buildings of Gatwick Airport. It was called the viewing gallery. Yes, they used to have these in airports, before security went mad. Here was where you could stand and watch the planes land and take off. There was even a café in case it was raining or you were thirsty. Dad didn’t take us in the café. Instead, he’d checked the weather reports on Teletext and packed us cartons of apple juice.

I remember we weren’t the only ones there. There were men with binoculars and notepads and there were other families on their own days out.

I remember recognising British Airways planes and American Airlines jets. The British flag and the American eagle made those easy. My father pointed out Air France, Iberia and Alitalia, the airlines of the countries we knew - France, Spain and Italy. After this, my brother wanted to know where every single plane was from and sometimes Dad didn’t know. He’d never been on a plane before in his life, how could he know? My brother started to poke him, saying “Not good enough!”, so I think Dad started making up the answers.

“Better, better,” my brother said pointing to another plane, one covered in the squiggles of a foreign language.

I grew bored of his bossy behaviour, as I often did. I stepped away and did what I’ve always done best; I started to pretend I was someone else.

I was a very important person and I had an unusual name, the sort of name that not many other girls have, like Sabrina or Natalia. I liked names that ended in ‘a’. I worked at the airport and it was my job to make sure the planes left on time. It was a very important job and it was why I was up in the viewing gallery. Here was where I managed less important people whose job it was to note the time each plane took off. That was what the men with notepads were doing. When their shift was over, they would hand in their notes to me and I would sign off their work, depending on how well they had done. There were a few who made mistakes and I had to keep a close eye on them.

The surveillance of my staff took me to the other end of the viewing gallery. Looking back, I saw my father and my brother; his arm extended out towards another plane. I rolled my eyes and kept walking.

I had to get my work done quickly. I had to leave on time for a date with my boyfriend. He was going to take me out for pizza and cherryade. He also worked at the airport, as a pilot, of course. He was very tall and wore gold stripes on his shoulders. His name was also something unusual like Joshua or... It was always much harder to think of boys’ names that ended in ‘a’. All I had to do now was go into my office and check my diary to see if I had any more meetings before I finished for the day. And to go in to my office I needed to go inside, through the door I was standing in front of…

I must have moved away from the front of the viewing gallery and towards the building behind - the one the café was in - because I had to have seen the open door somehow.

They were glass double doors, in fact, like the ones we had at school, with metal bars across the middle that we pushed to open and run through at break time. One of the doors was slightly ajar and with only half a second thought, I pulled it open a little more and slipped inside.

I’d find Dad when my important work in the airport was done.

Now where was my office…?

The door shut behind me and I heard a definite click. I stood looking down a long, dark corridor. The floor was dirty and a few metres ahead there was a pile of cardboard boxes. A number of doors lined the right-hand side of the corridor. It was thinking about what was behind those doors that started to make me afraid. I knew that not one of these doors led to my office. They were scary doors with scary things behind them. I didn’t really have important airport work to do. I was just a kid.

I can’t remember if I immediately tried to get out the way I came, but once I started to try, it took me very little time to realise that the doors weren’t going to open. There was no metal bar to push on the inside.

In the many years that have passed since that day, I have thought a lot about what happened next. I think what I’m about to say applies to anybody when they get lost - not just eight-year-old children...

Read the rest of The Lost Children of Gatwick Airport and eleven other stories inspired by travel in Shy Feet available on Amazon (ebook and paperback) or Kobo (ebook only, suitable for iBooks and Nook. And you can add Shy Feet to your Goodreads bookshelves. Thank you for supporting my writing and books.

Londoner turned wanderer, Frankie is an author, freelance writer and blogger. Currently based in Amsterdam, Frankie was nomadic for two years before starting a family with her Australian partner. Frankie is the author of three short story collections, and is a freelance writer for travel and creative brands. In 2017, she launched WriteNOW Cards, affirmation cards for writers that help build a productive and positive writing practice. When not writing contemporary fiction, Frankie shops for vintage clothes, dances to 70s disco music and chases her two young sons around Amsterdam.
Find Frankie on Facebook, Twitter, Instagram, Pinterest, and Google+.
SHY FEETWORDS FROM MY STORIESTRAVEL FICTION
Next
MusicMonday: Dying is Fine by Ra Ra Riot
Previous
in photos: Collecting WOW! Moments at lake tekapo in New Zealand
Posts you may also like: 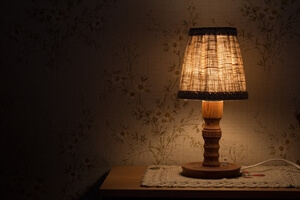 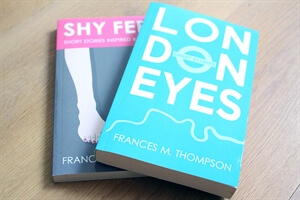