My Thoughts: Eat The Cake First

I ended last week in a bit of a funk. And not the James Brown kind.

Furthermore, I had no good reason to be in such a mood.

I had completed two copywriting and research jobs, I was on schedule with my writing goals for Twelve and for the novel-length version of An Invisible Girl, and on a personal front I was on schedule with both my reading challenge (100 books a year, so 2 a week) and my walking challenge (spend a minimum 20 minutes a day walking or doing some other kind of exercise every day). All of these constitute a successful start to the new year. So, boom! BE HAPPY, FRANKIE!

And yet I wasn't. I had a cold, the house was a bit (okay, a lot) of a mess and the winter had well and truly set in sending alternate days of grey rain and dry but frighteningly cold weather. Suddenly the easiest of things - making dinner, doing the supermarket shopping, emptying the dishwasher - felt like the hardest and I was clueless what was wrong.

I battled against the blues for a few days, forcing myself to do things I didn't want to do and I typically completed them in a pathetic half-assed manner. I focused on writing. And in that respect I was on fire. I wrote nearly 7000 words one day. And when I finished writing I felt so tired I could excuse myself from additional chores because I'd worked, written, hard. But that meant I ended up going to bed each night sighing deeply, if not outwardly, certainly inwardly. I was snappy with my boyfriend NewMan and I ignored messages from friends, not wanting to tarnish them with my mood.

Then on Saturday, faced with another chilly day - but look! Blue skies! - and a mostly empty email box I planned to catch up on some of the domestic chores I'd been putting off. But what do you know? I didn't want to do any of it and instead I made an extra large pot of tea and sat down with a book that wasn't un-put-downable at all. Then I went to have a shower, but before I did I scrolled through my Twitter feed for thirty-five minutes. Then I decided it was lunchtime so I heated up some leftovers and made a salad to accompany it.

Over lunch I thought about telling NewMan about my lack of energy, but he was so full of words about his work and a couple of interesting AMAs he'd read on Reddit recently that I didn't want to rain on his parade.

"We need to get some cleaning products," I said instead. "We're all out of bathroom cleaner. Fancy a walk?"

He did. We went. We bought bathroom cleaner and then we noticed a new French patisserie had opened close to where we live.

"Shall we check it out? Get something to share?" NewMan said with a mischevious twinkle in his eye.

We ordered drinks and a pastry to share. Then, while we were waiting, I noticed some fresh chocolate eclairs being put out on display.

"Can I try one of those?" I said to the young woman who brought me my latte.

"I thought you didn't even want to share?" NewMan said quietly.

We sat. We ate our cakes. We talked about how nice the cafe was. At a table near us, we smiled as we watched two boys argue over the last bite of chocolate tart they were sharing.

"Come on," NewMan said stacking up the plates. "Back to work..."

And you know what? I actually did.

Maybe it was the sugar rush, maybe it was because I'd taken a complete break from the surroundings I didn't want to clean so upon returning to them they didn't seem so bad, or maybe it was because I felt I had to retrospectively earn those extra calories, but I went home, cleaned the kitchen, our bathroom and then went outside to collect some of the twigs and leaves that winter had deposited on our small terrace. Although the house had been taunting me for a few days, the messy terrace had been haunting me for weeks. And there I was dealing with it.

It all took a fraction of the time I expected. Aafterwards I didn't even feel the need to reward my effort with more cake or chocolate or a half-hour reading session. I just felt chuffed that I'd done a lot of the things I'd been putting off for a while.

So the moral of the story? Eat cake first. You deserve it. You need the energy.

And sometimes the reward of doing something you don't want to do is simply having done it.

(P.S. The cafe we went to was My Little Patisserie near Albert Cuypmarkt - highly recommended; their cakes contain magic cleaning energy!)

Londoner turned wanderer, Frankie is an author, freelance writer and blogger. Currently based in Amsterdam, Frankie was nomadic for two years before starting a family with her Australian partner. Frankie is the author of three short story collections, and is a freelance writer for travel and creative brands. In 2017, she launched WriteNOW Cards, affirmation cards for writers that help build a productive and positive writing practice. When not writing contemporary fiction, Frankie shops for vintage clothes, dances to 70s disco music and chases her two young sons around Amsterdam.
Find Frankie on Facebook, Twitter, Instagram, Pinterest, and Google+.
MY THOUGHTSABOUT THE BIRD
Next
NaNoWriMo Inspiration (Day 18): How podcasts help me write

Previous
NaNoWriMo Inspiration (Day 19): 30 Things I'm Going To Do When NaNoWriMo Is Over
Posts you may also like: 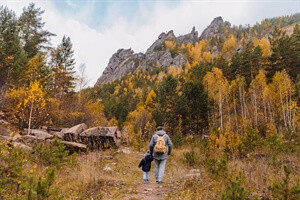 Family Travel: How to Teach Travel to Kids at Home 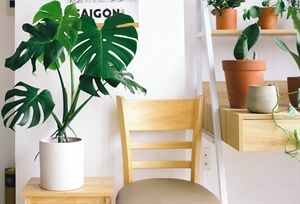 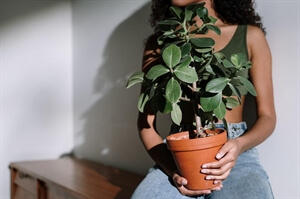 Self-Love: Why Houseplants are the Ultimate Self-Care Activity﻿ 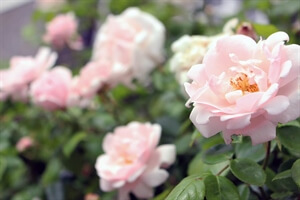 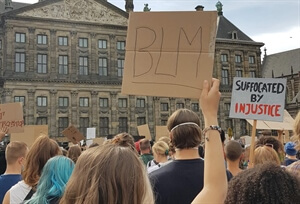