Inside the best music store in Amsterdam

I often wonder if mine is the last generation to grow up listening to vinyl, or at least to be conscious of records. They were how my parents played music to me in my earliest years, but by the time I was in primary school tapes were the most popular way to listen to music (and to record it from the radio - oh the fun I had pausing the recording during the talking in between songs during the Sunday night Top 40). Once I had started secondary school I was an avid collector of CDs. However, my father's vinyl collection was till a feature in our home until perhaps my early twenties.

That would be a lovely little introduction to my love affair with vinyl and it would be a very romantic way to introduce this quirky, long-established record and music store in Amsterdam, but sadly it's not the case. I don't collect records. I don't really own any and I wouldn't have a clue what to do with a record player if I was presented with one. However, I feel a certain warmth, fondness and nostalgia towards them. That is why when a vinyl collecting friend of mine was in town I suggested we pop down to Concerto Record Store on Utrechtsestraat.

While it's arguably Amsterdam's best music store, Concerto is definitely the city's largest independent music shop, and it's very possibly it's most characterful, I've long been looking for an excuse to go there. As it happened coffee could have been excuse enough - and I need a lot of that at the moment! - as they have a little coffee shop occupying one of the four shop fronts the store stretches across. Leaving Baby Bird in the capable arms of the music collector's girlfriend - a vinyl widow, if you will - I spent some time looking around myself, armed with my camera.

I was surprised to see not only a very thorough collection of new releases on vinyl and a large back catalogue in records and CDs for all genres, there was also a DVD section, a small collection of books for sale, some vintage comic books and in the coffee shop area a performance area for artists. Another pleasant surprise was the way the coffee shop was also well catered for children and families. It's funny how I notice these things now!

Before you have a look at the photos, if you're looking for more Amsterdam travel advice I've got a few posts you might like to start with: 100+ Free Things to do in Amsterdam, Where to Stay in Amsterdam: Neighbourhood Guide, Tips for Cycling in Amsterdam, The Best Photo Spots in Amsterdam. 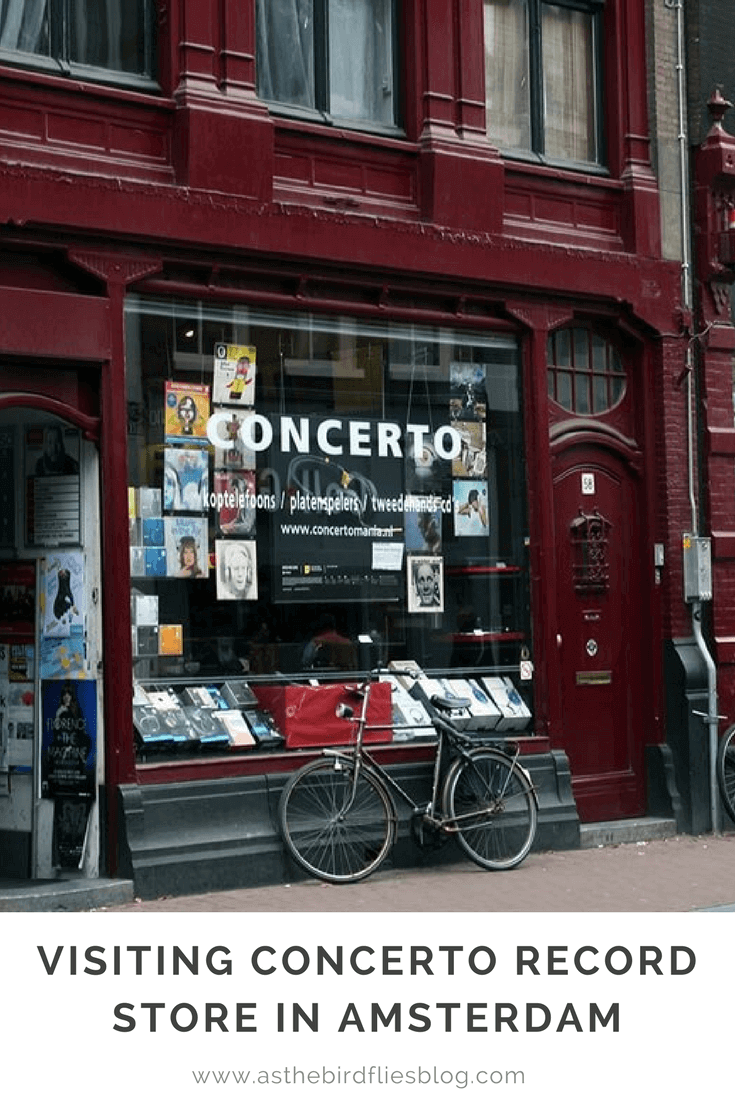 Londoner turned wanderer, Frankie is an author, freelance writer and blogger. Currently based in Amsterdam, Frankie was nomadic for two years before starting a family with her Australian partner. Frankie is the author of three short story collections, and is a freelance writer for travel and creative brands. In 2017, she launched WriteNOW Cards, affirmation cards for writers that help build a productive and positive writing practice. When not writing contemporary fiction, Frankie shops for vintage clothes, dances to 70s disco music and chases her two young sons around Amsterdam.
Find Frankie on Facebook, Twitter, Instagram, Pinterest, and Google+.
AMSTERDAMAMSTERDAM TRAVELAMSTERDAM BEST KEPT SECRETSTHE NETHERLANDS
Next
Life in Amsterdam: How to make friends in Amsterdam - Dinner with Strangers
Previous
The Books I Read in April 2015
Posts you may also like: