It seemed fitting upon my return to Thailand to read more about Thailand and the way it interacts with foreigners - people like me - who return to the country out of a deep love for what it has to offer. For me that's the food, the weather and the smiles of the people. For others it's the beaches or the nightlife. And for some it's something quite different, as is the story told in Angels Of Pattaya by G.T Gray, a collection of interviews with the young women who work as prostitutes in the notorious red light districts of Pattaya and Bangkok in Thailand.

Thank you to my good girl buddy Cat who lent me this book to read as she recognised I'd find something of interest in the pages and I did. Here's what I thought:

What's it all about? The author is an American expat writer and lecturer who has been living in Thailand since 1997 and he was encouraged to write this book to give a voice to the women that so many see but do not hear from. The book is a collection of interviews which G.T. Gray conducted either in English or through a translator in which he asks candid (though perhaps not candid enough, in my opinion) questions about the women's lives, backgrounds, financial status and most poignantly, hopes for the future. All the women were reportedly paid for their time.

What's so good about it? It is the honesty, humility and sense of humanity of these women which is either very openly displayed or sadly hidden beneath many layers, that I became hooked to. While many things were almost constant throughout - a need to earn money to send "back home" to family, a desire to not have to do this work in the future, agreement that if the men are nice then the job can be pleasant or even a lot of fun - there were some girls who stood out from the others as they had seemingly lost all hope for the future - numbed perhaps by the nature of the work they do - and in many ways their stories were the saddest of all. I became a little frustrated that many of the stories were "same, same" but upon reflection I see this now as corroboration.

Who, me? So you may assume rightly that this book isn't for everyone; it's not really a comforting bed time read and certainly makes for odd beach holiday reading, particularly in Thailand, but it is a book well worth reading by anyone who has half an interest in the seedier side to Thailand's tourism industry and why it is the way it is.

P.S. It would have been a nice touch by the author if profits from the book went to a charity or project to support and assist women in Thailand though he made a baby step towards this by asking the Empower Foundation to write the prologue.

Read more of my short and sweet book reviews.

Londoner turned wanderer, Frankie is an author, freelance writer and blogger. Currently based in Amsterdam, Frankie was nomadic for two years before starting a family with her Australian partner. Frankie is the author of three short story collections, and is a freelance writer for travel and creative brands. In 2017, she launched WriteNOW Cards, affirmation cards for writers that help build a productive and positive writing practice. When not writing contemporary fiction, Frankie shops for vintage clothes, dances to 70s disco music and chases her two young sons around Amsterdam.
Find Frankie on Facebook, Twitter, Instagram, Pinterest, and Google+.
BOOK LOVETHAILAND
Next
One photo a day in 2012: October
Previous
My First Short Story Collection in Numbers
Posts you may also like: 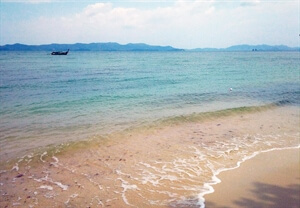 Thailand Travel: The Best Luxury Hotels and Resorts in Phuket 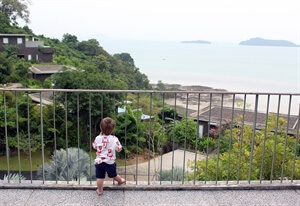 In photos: Our Holiday in Phuket, Thailand