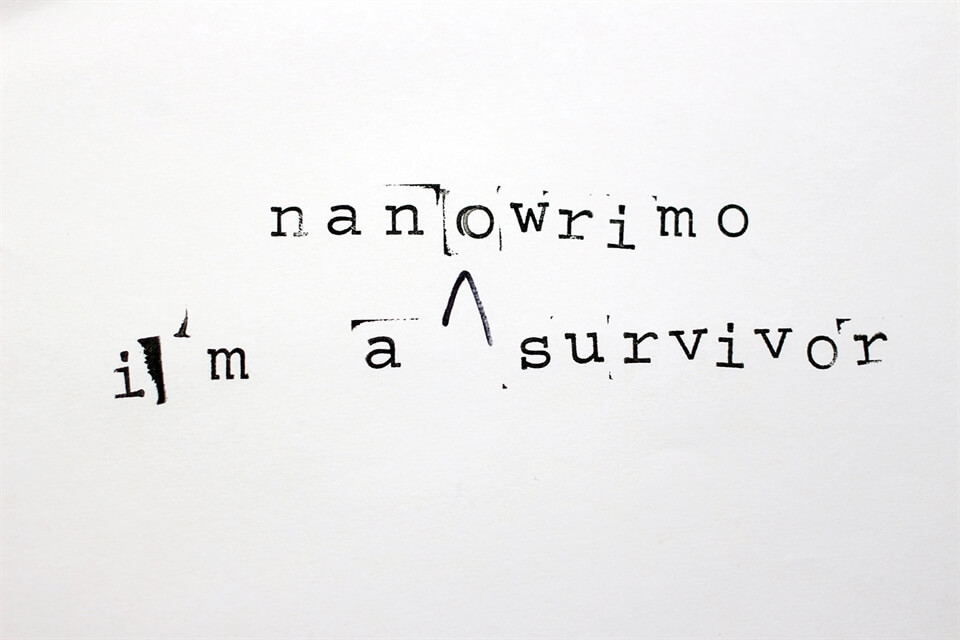 I've been very lucky to connect with many other writers since I published my first book in the summer of 2013. One of these writers was The Travelling Cricket, aka the blogger behind LooknWalk. She kindly reviewed Shy Feet and when I sent out a request for other writers to share their NaNoWriMo stories, she reached out to me.

Her story is interesting because she actually has gone on to publish and sell copies of the book she wrote during her first (and only) NaNoWriMo experience, also she worked on a non-fiction manuscript. Read on to find out more.

Frankie: When did you do NaNoWriMo and what were you working on? (Or how many times have you done NaNoWriMo?)

The Traveling Cricket (TTC): November 2013. IT was my first time and I wrote a book on budget travel in Europe based 100% on my personal experience.

Frankie: How did you approach the challenge? Did you do lots of preparation, did you clear your calendar or did you just wing it?!

TTC: I like challenges. I'd been thinking about writing a book (which is not accounting, human resource management or tech related - those I've written before in English), and I wanted to see if I could do it just as well as I wrote travel articles.

But there was no preparation at all. I have a full time job and run two blogs (one in Romanian and one in English) so I pretty much wrote whenever I could during last November. At one point - when I got stressed - I decided to write at least *some* pages each day. Sometimes it would be an entire chapter, sometimes just an outline and I would always catch up over the weekends.

Frankie: You're not a native English speaker, how easy was it writing fast in English? Do you have any tips for anyone doing the same this November?

TTC: I may not be a native English speaker but I've been writing in English since 1999 (for work). I am part of that generation, which was born behind the Iron Curtain and didn't often have the chance to start learning English before the age of 10. Luckily, nowadays, kids start learning as early as kindergarten and I actually started taking English classes when I was 9 (in 1990). By the age of 15 I was already fluent. By 19 I was translating and writing in English.

Since 2005 I've worked as freelance writer in English only, and for the past 7 years I've been working for the same US company. Therefore, I consider that my grasp of English is, in some ways, better than my native tongue (sadly, some may say). I have always been a fast writer in English and I'm writing better in English than in Romanian (again some may say, sadly!).

I don't really have an advice for non-natives aside from write, read and use English as much as you can if you want to write in it. If you don't feel comfortable writing in English you should write in your native tongue.

Frankie: So, tell us. Did you win or lose?

Frankie: Congratulations! Was it harder or easier than you expected?

TTC: Much easier than I expected.

Frankie: Lucky you! So, whhat did you learn about yourself and/or your writing whilst doing NaNoWriMo?

TTC: After I've sent my manuscript to a British author (whom I "met" online when he offered me a book to review for a blog I contribute to) and his feedback was surprisingly good. I started to think that maybe I was a decent writer. I can be very hard on myself and actually, after finishing NaNoWriMo I took some creative writing classes online.

One thing I learned is that I need motivation. It helped that NaNoWriMo have a number of winner benefits waiting at the end of those 50,000 words and this really did help me stick with it it. It may not work for everyone but the perks offered by NaNoWriMo were interesting enough for me.

At one point, I remember I was enjoying it so much that dreams of being the next "Carrie Bradshaw" kicked into my mind. This is, obviously, a joke. But those who know me very well also know that watching those series when I was a teen, made me want to become a writer.

Frankie: I understand, but I think I want to be Carrie Bradshaw more for her wardrobe. So, have you worked anymore on the project you worked on during NaNoWriMo? Tell us what happened to it after November was over.

TTC: I wrote more than 50,000 words in November 2013, however, the book wasn't finished, nor would I have dared to show it to the world like that. I added another chapter after my birthday trip to Vienna, Austria and then decided what else I could do with it. I kept editing it and asking for feedback from native speakers.

After I hit the publish button for the Kindle version , I panicked that there would be too many problems with the book (i.e. typos). Then, while reading a book in my tablet and seeing the typos in it I realized that others may make mistakes as well and I am only human. Yes, I am still tempted to edit it and add stuff and republish as a second edition next year.

Before the deadline to use the voucher for the printed copies, I asked my husband to do the covers for me. We work well together: he listens to what I need and then he figures out how the heck he can do it!

Frankie: Would you do NaNoWriMo again? If so, what would you do differently?

TTC: Yes, I would. I actually went as far as signing up to create a novel for 2014 but then stopped. I am currently involved in a fitness challenge and , who would have thought, getting in 10,000 steps a day can take a bunch of your time. But you can bet I'll be writing again for NaNoWriMo in 2015 (I already got some ideas for a book ...or two).

Frankie: And finally, do you have any tips for people currently doing NaNoWriMo right now?

Never give up. Should you see that you are lagging behind, don't despair. Just brew a coffee/ tea (or several) and write. Even if it's "crap" by that moment's standard. You can go back and edit later.

Find a place where your creativity is at best. Is it the top of your bed? Great. Is it a bench in the park? Perfect. Do you write a lot while you travel? So be it! Each of us is different and what has worked for me may not work for someone else. I do take a ton of notes when I travel and keep every single entrance ticket and booklet (but I do write non-fiction, travel-based).

Even if you write but lose, it's not a loss. You have those words written. Go ahead and do something with them. Self-publishing is not that expensive.

Londoner turned wanderer, Frankie is an author, freelance writer and blogger. Currently based in Amsterdam, Frankie was nomadic for two years before starting a family with her Australian partner. Frankie is the author of three short story collections, and is a freelance writer for travel and creative brands. In 2017, she launched WriteNOW Cards, affirmation cards for writers that help build a productive and positive writing practice. When not writing contemporary fiction, Frankie shops for vintage clothes, dances to 70s disco music and chases her two young sons around Amsterdam.
Find Frankie on Facebook, Twitter, Instagram, Pinterest, and Google+.
NANOWRIMO INSPIRATIONNANOWRIMO INTERVIEWNANOWRIMO
Next
On Writing: 21 Good Reasons You Should Do NaNoWriMo in 2021﻿
Previous
On Writing: The Best Apps for Distraction Free Writing
Posts you may also like: