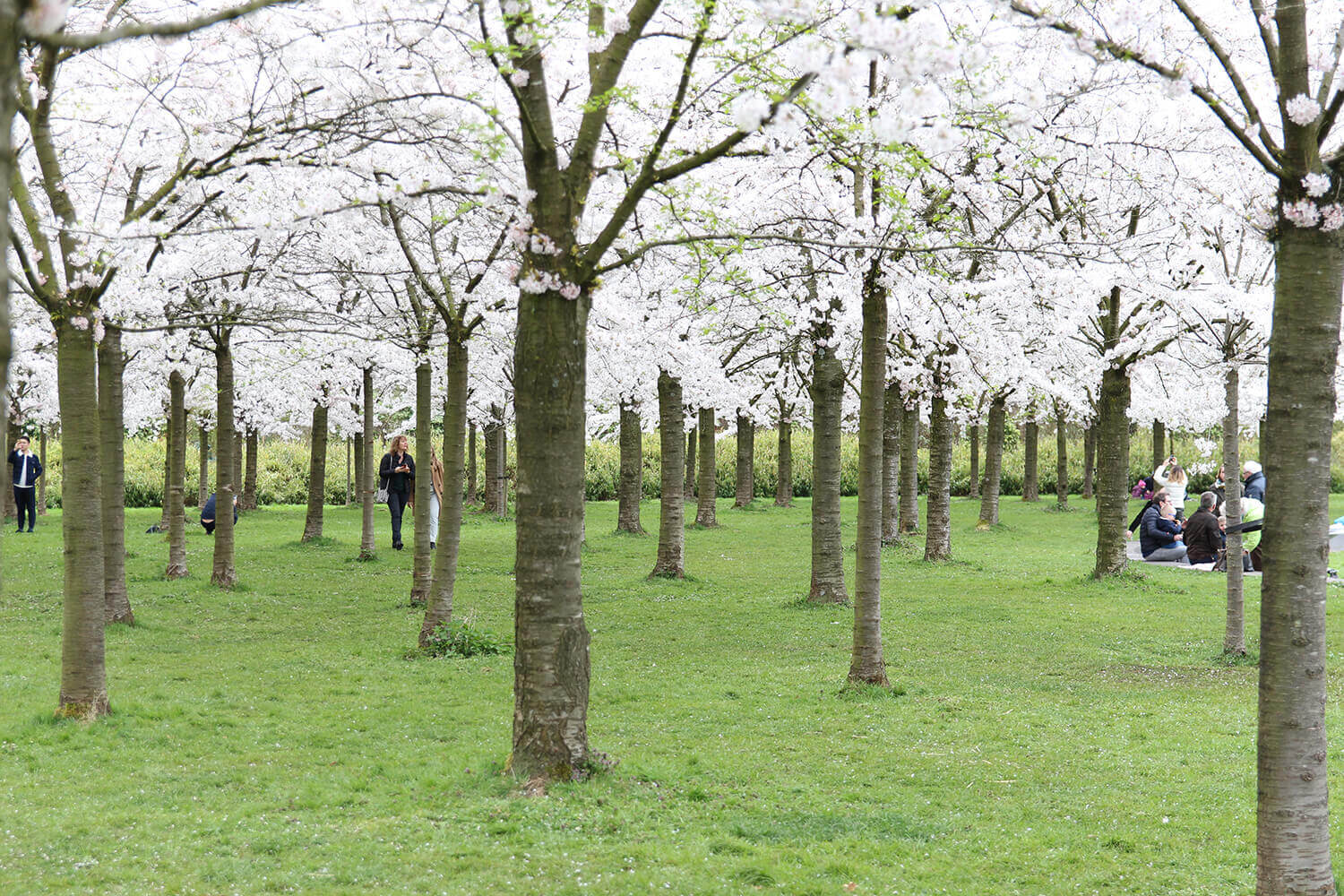 We visited the Kersenbloesempark (Cherry Blossom Park) in Amsterdamse Bos, close to Amstelveen, early one cloudy Sunday morning. I thought by getting there before 10 o'clock we would miss the crowds but not so! Okay, I admit a few dozen people are not crowds, but still there were more people there than I expected, especially considering the clocks had just changed and we were all missing an hour's sleep. 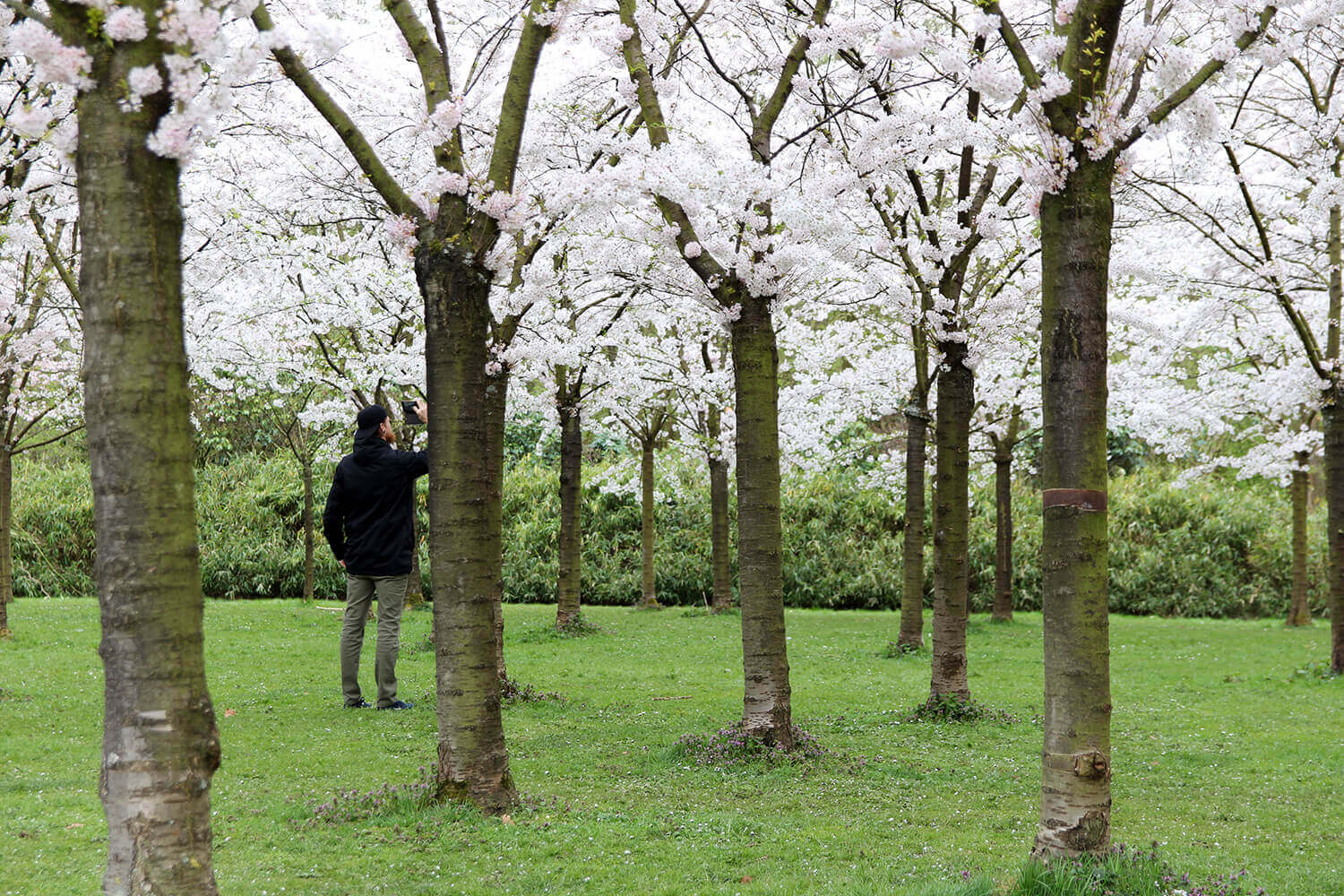 The cherry blossom trees in Kersenbloesempark are the real deal. Gifted to the city of Amsterdam by the Japanese Women's Club in 2000, these 400 sakura trees are the real deal. They also have names - some in Dutch and some in Japanese - but all are women's names. 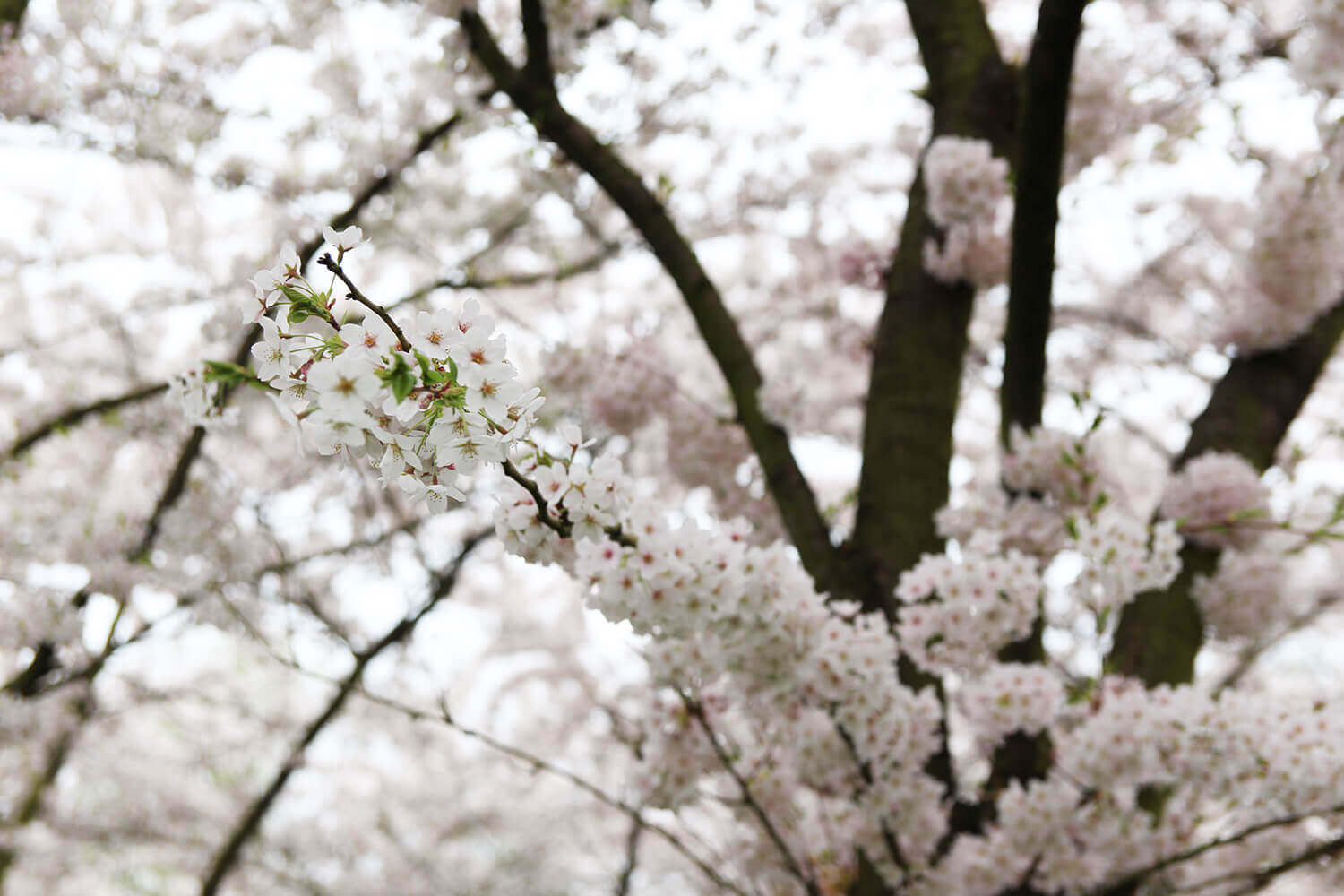 Typically there is a special Cherry Blossom Festival celebrated once the flowers are in bloom each year, also called Hanami Matsuri which is the Japanese name for the occasion, however, in 2019 when we visited Kersenbloesempark the festival was cancelled. That still didn't seem to stop people from coming and it's a place you can spend many hours with lots of grass available to lay a picnic blanket out on for a spot of lunch, or to simply lie down and stare up at the blossom. 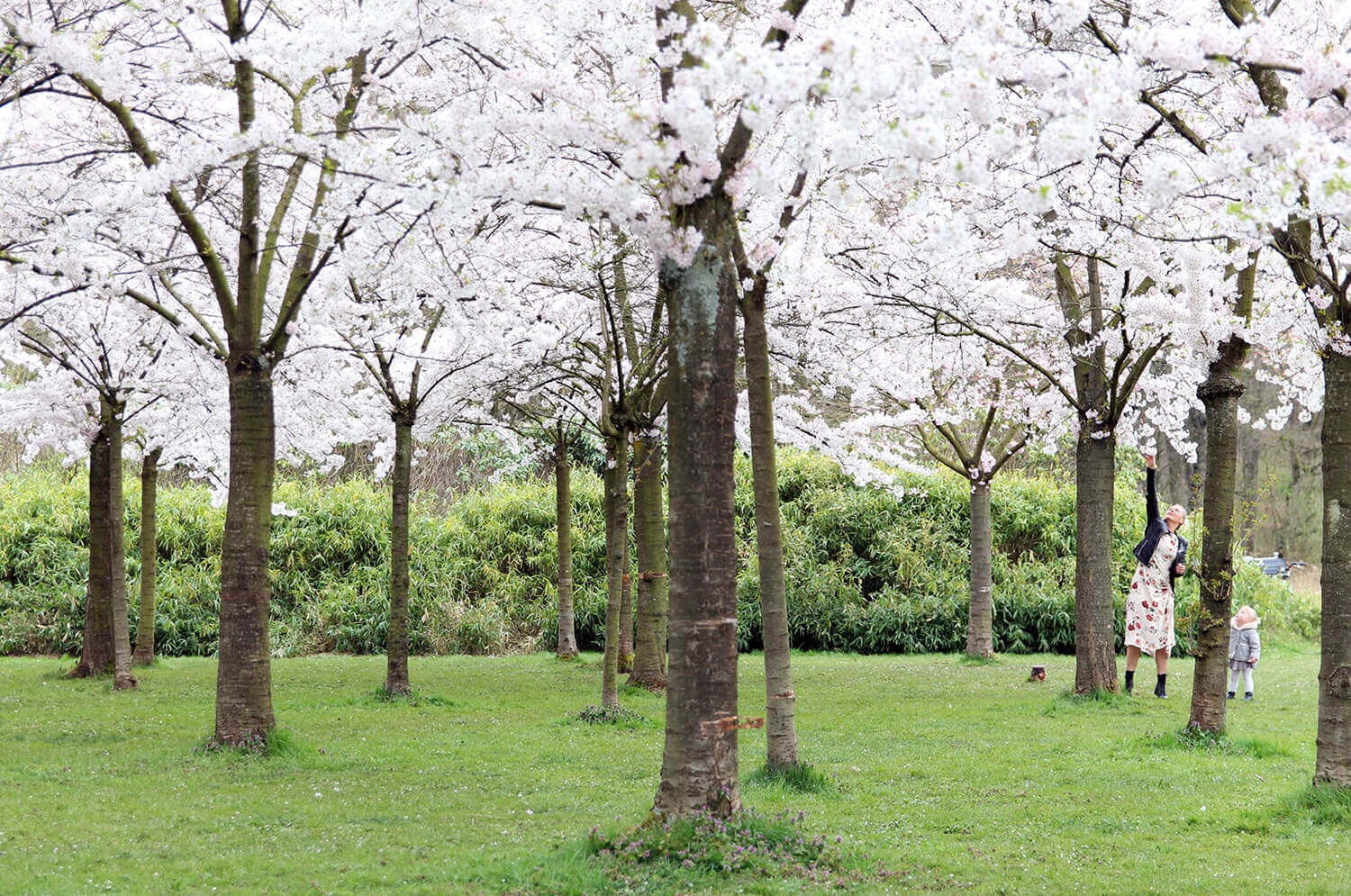 Below you can read some tips and advice for getting yourself to Kersenbloesempark - at the right time of year, of course! - but for now let me fill the page with some more photos of our visit to Kersenbloesempark. They could arguably be so much better because the conditions were so cloudy, and because my moaning son kept me a bit distracted, but I think they still capture how pretty and serene this special cherry blossom garden is, and why you should head to Kersenbloesempark if you happen to be in Amsterdam in spring, and the trees are in blossom. 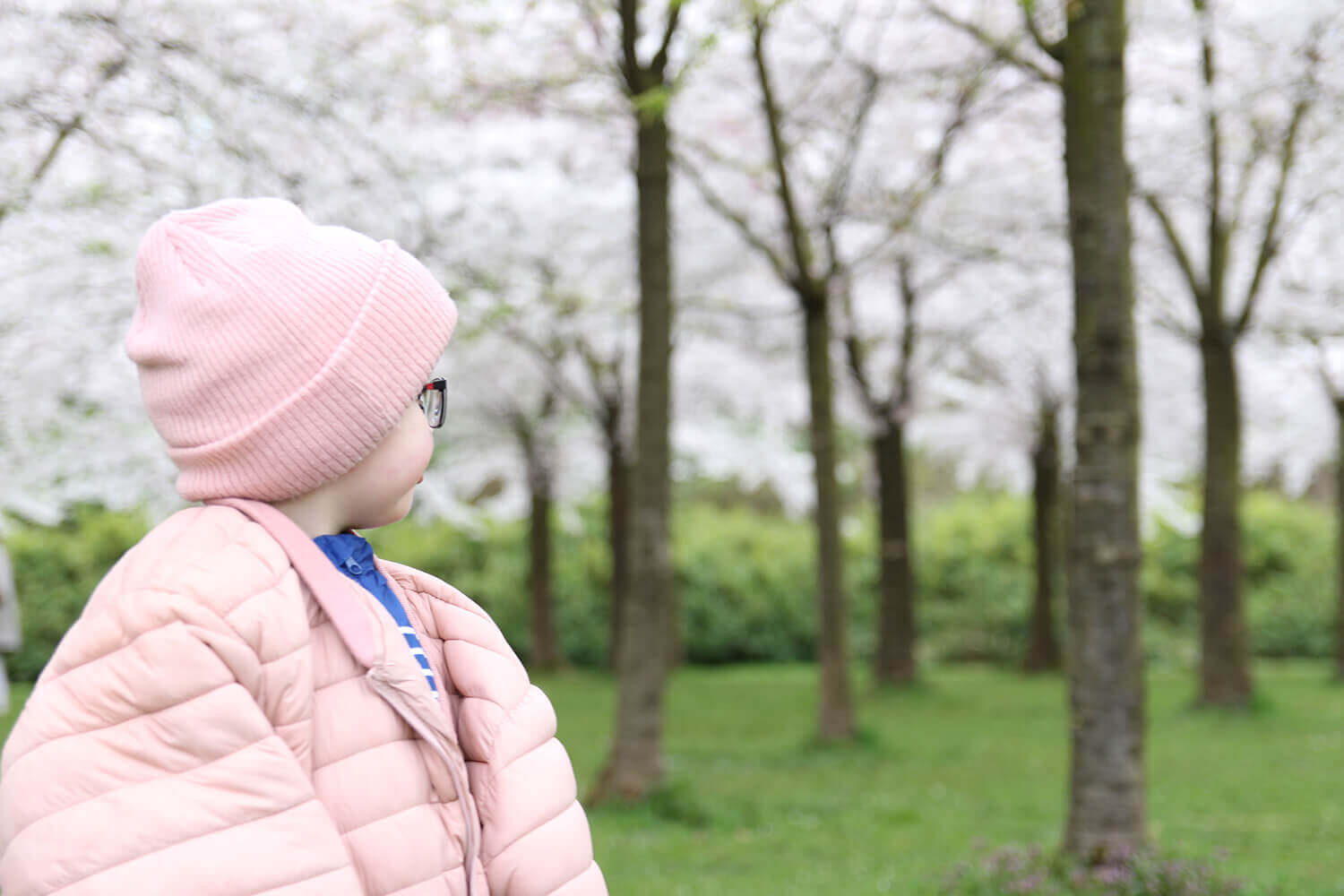 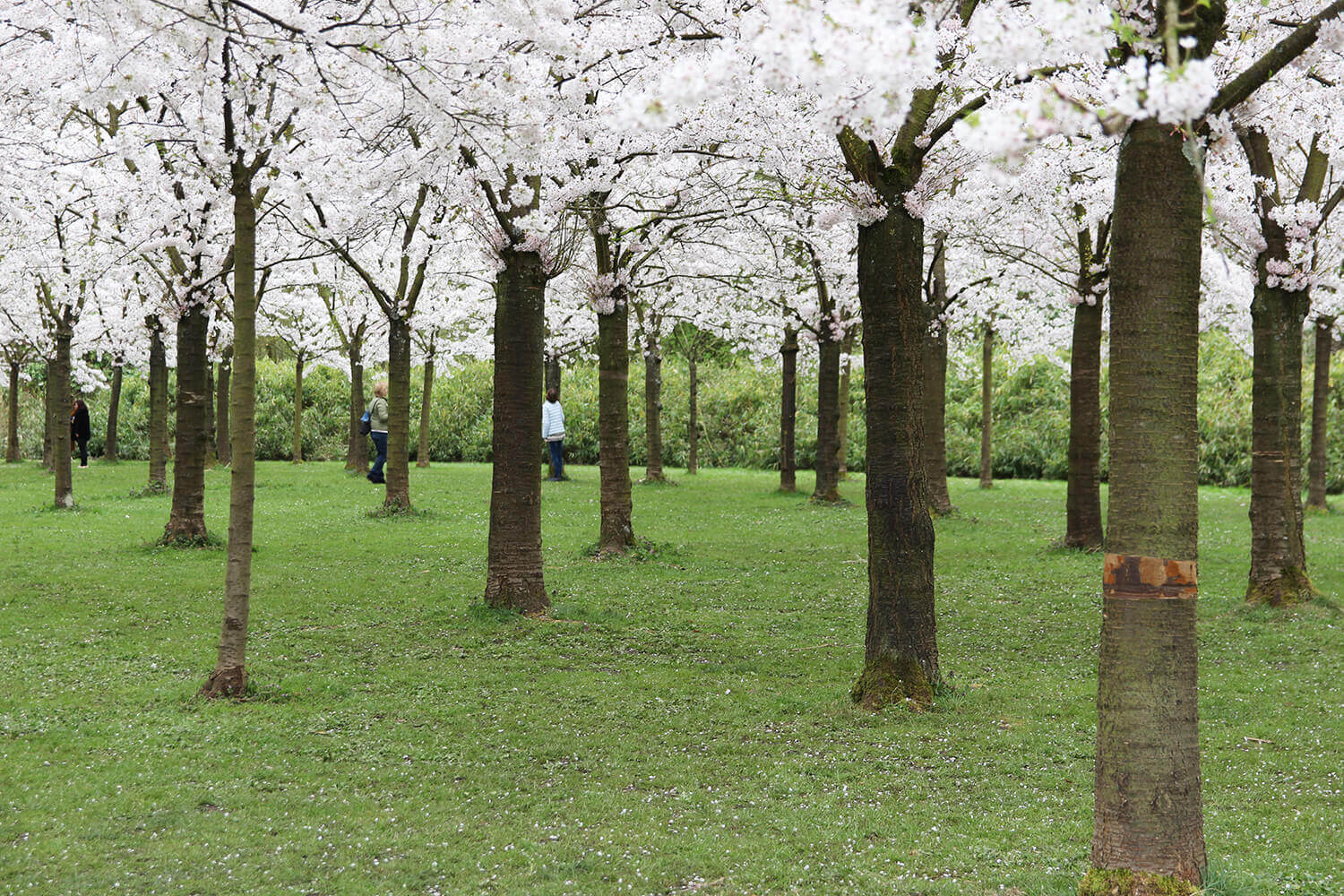 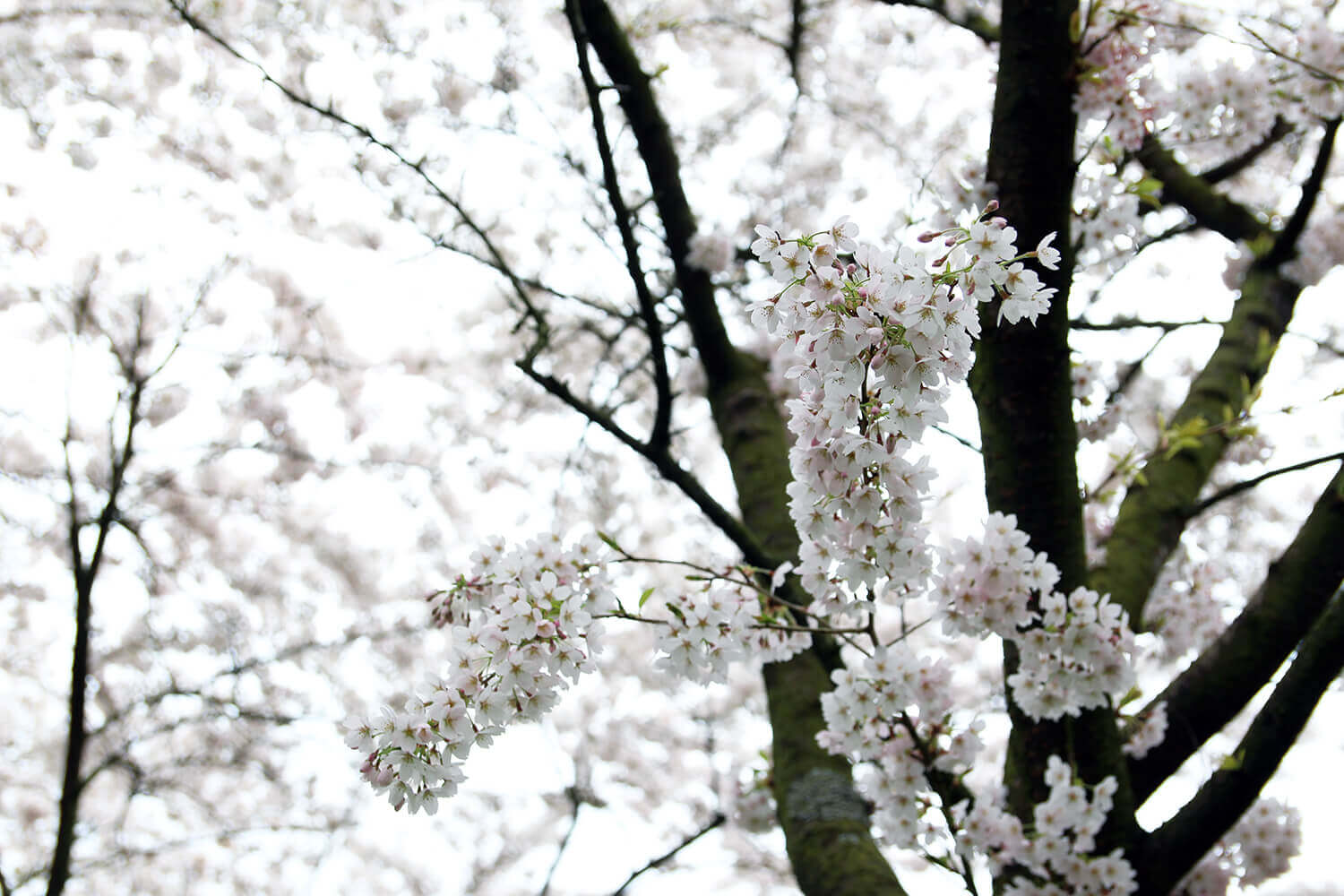 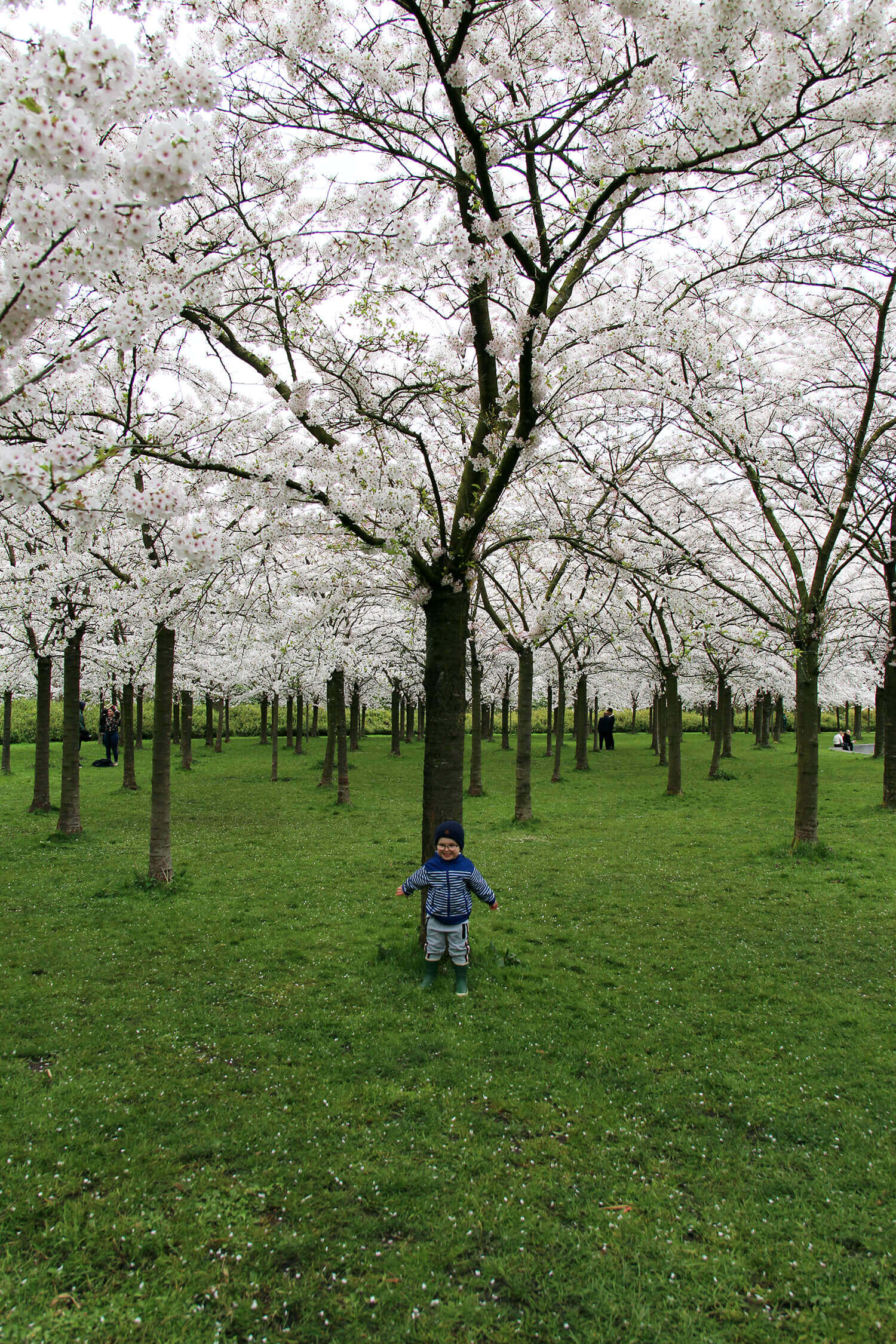 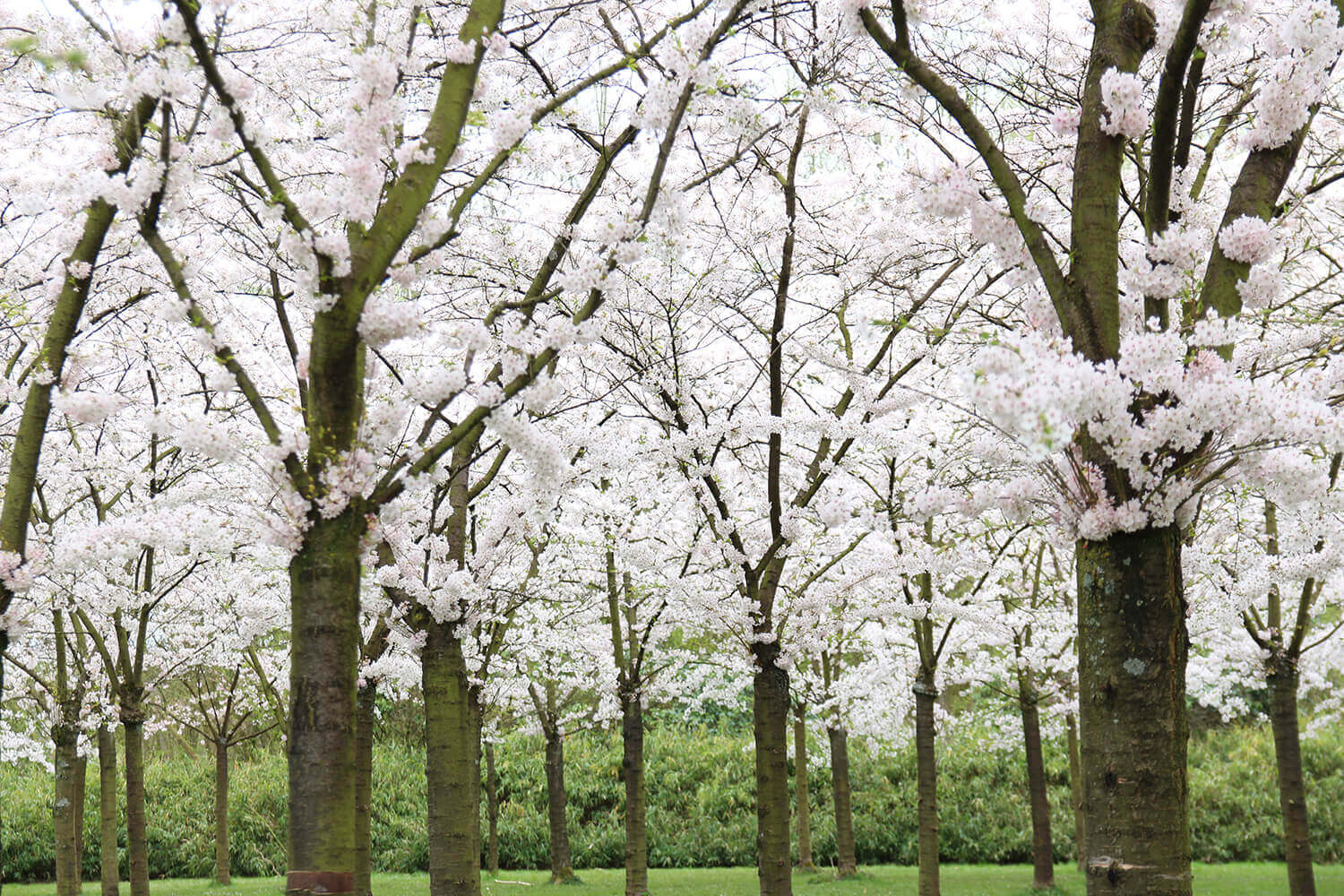 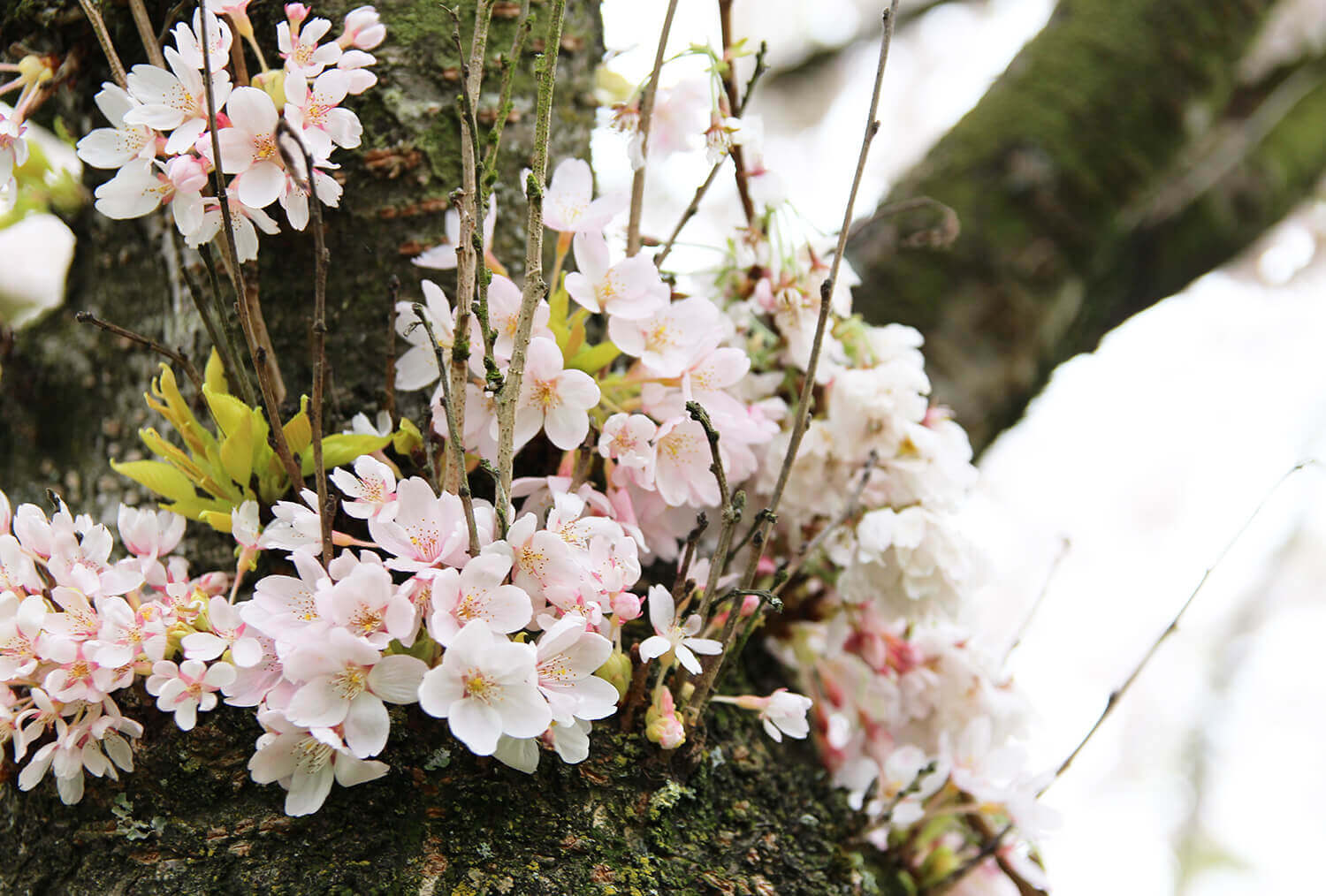 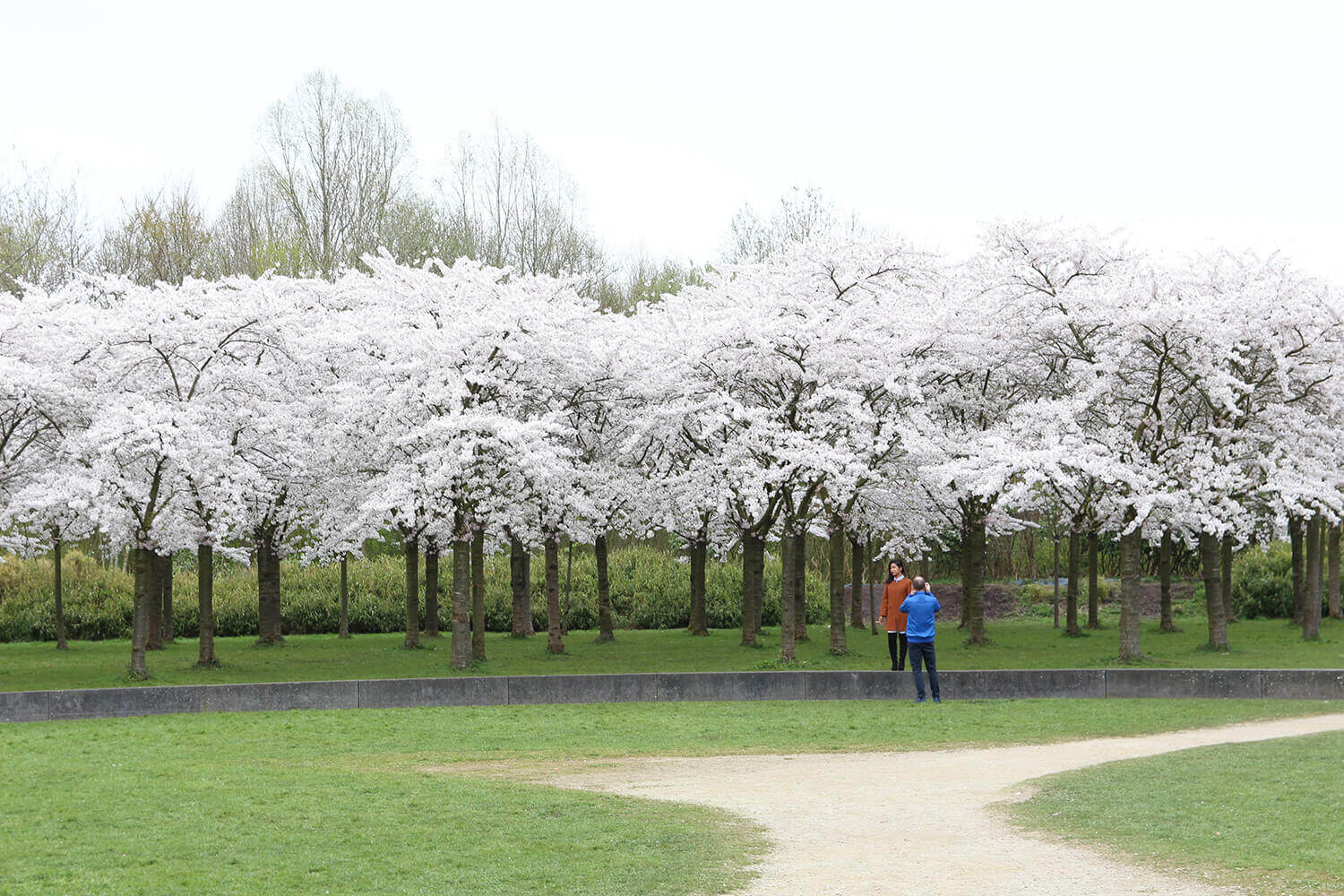 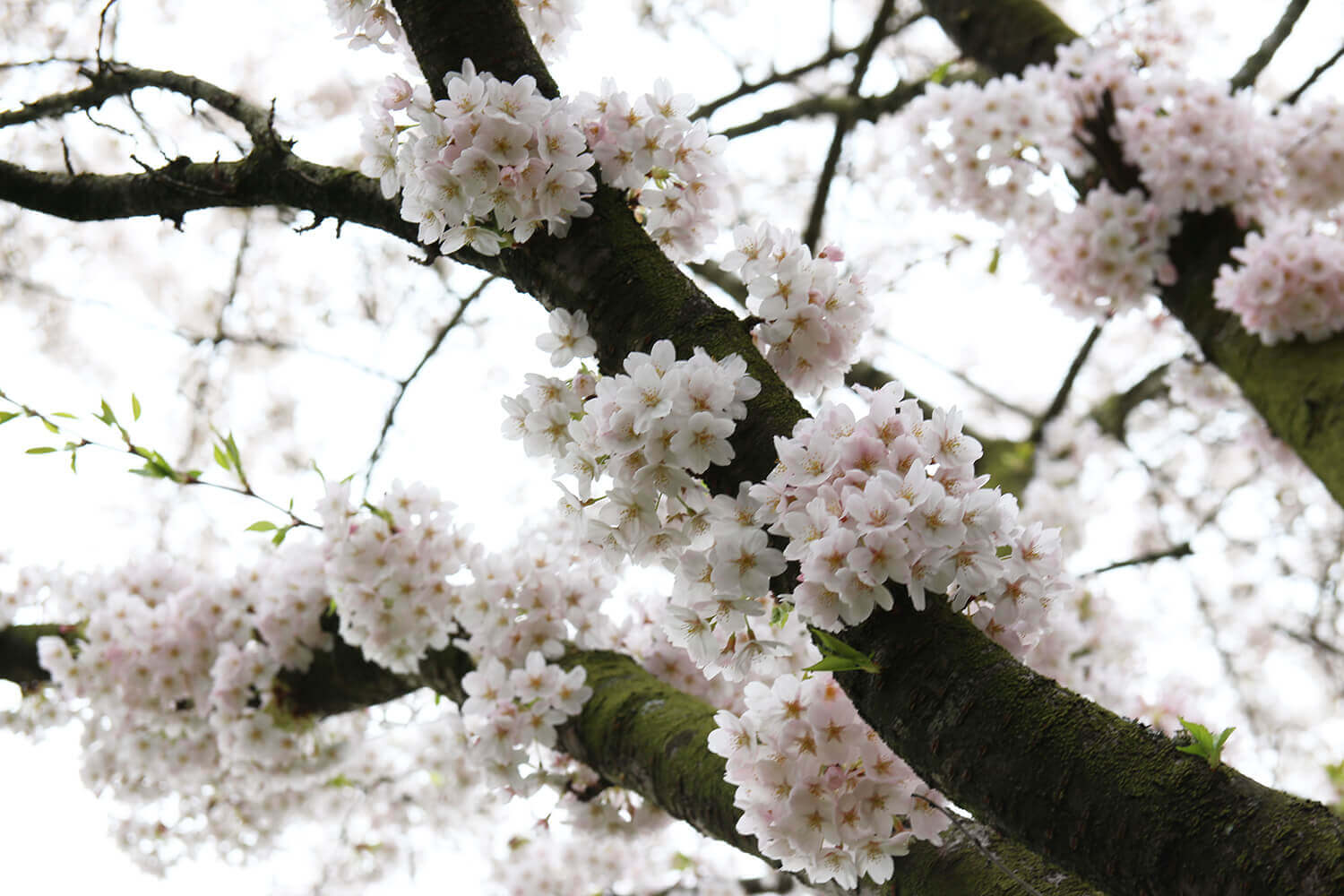 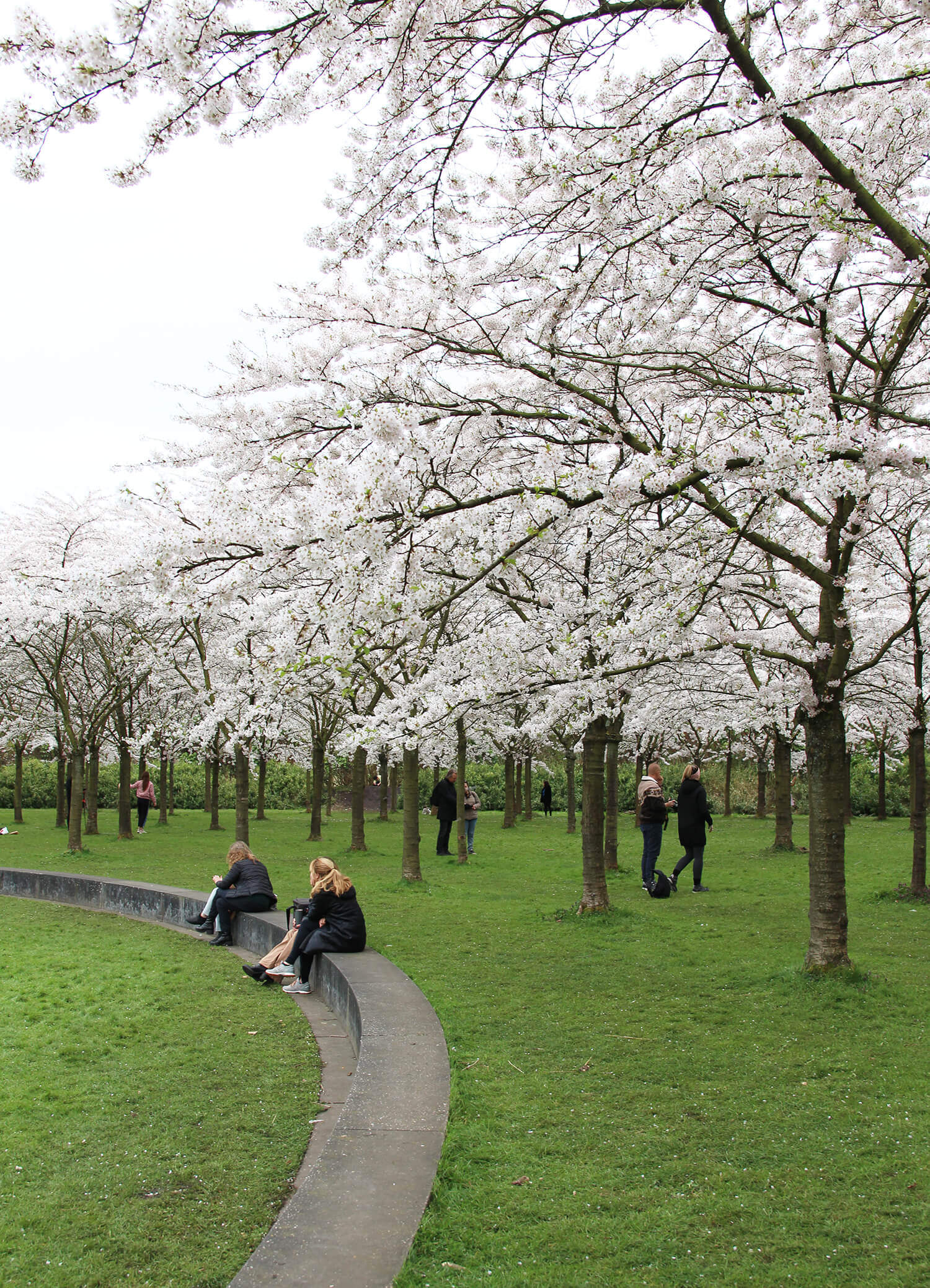 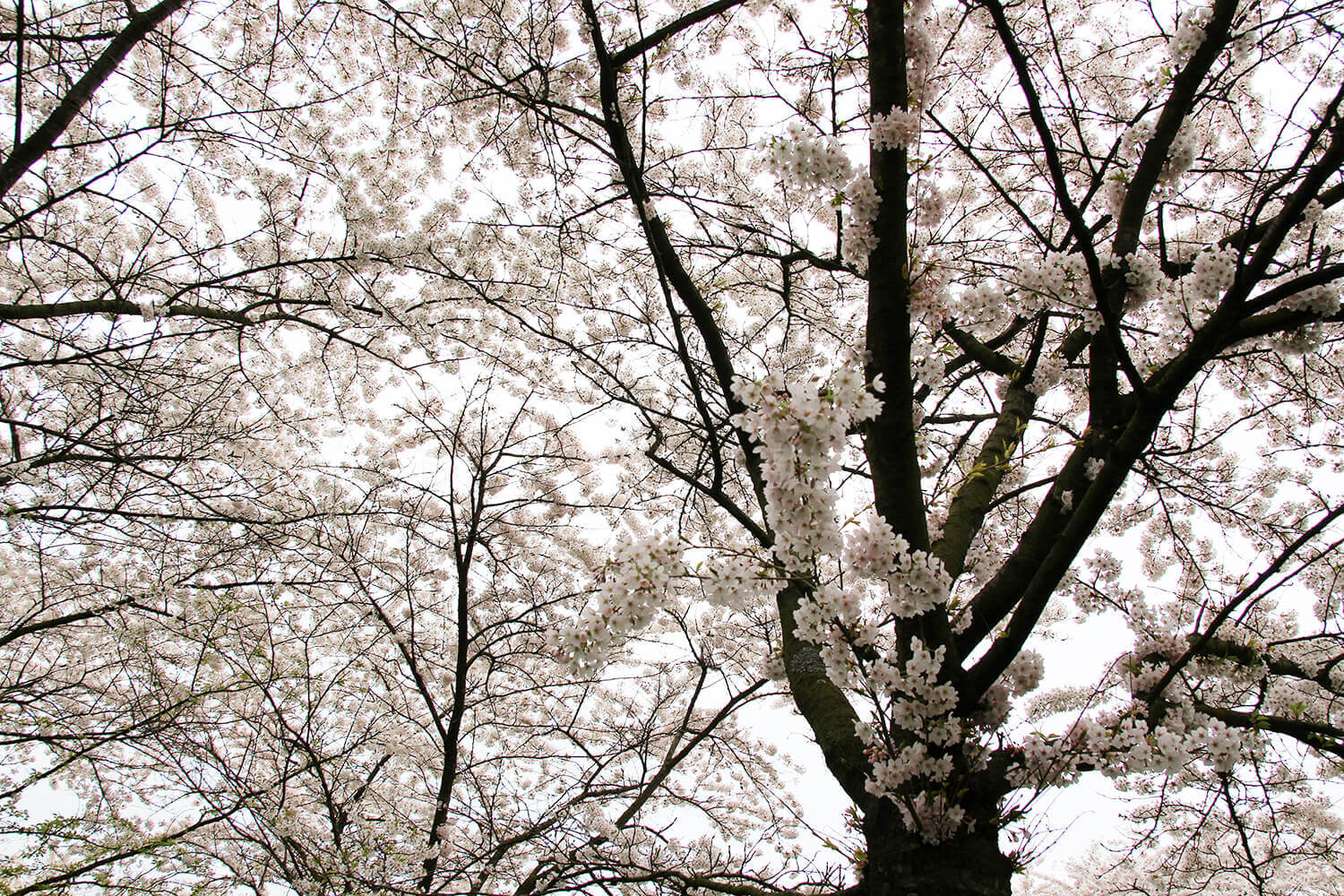 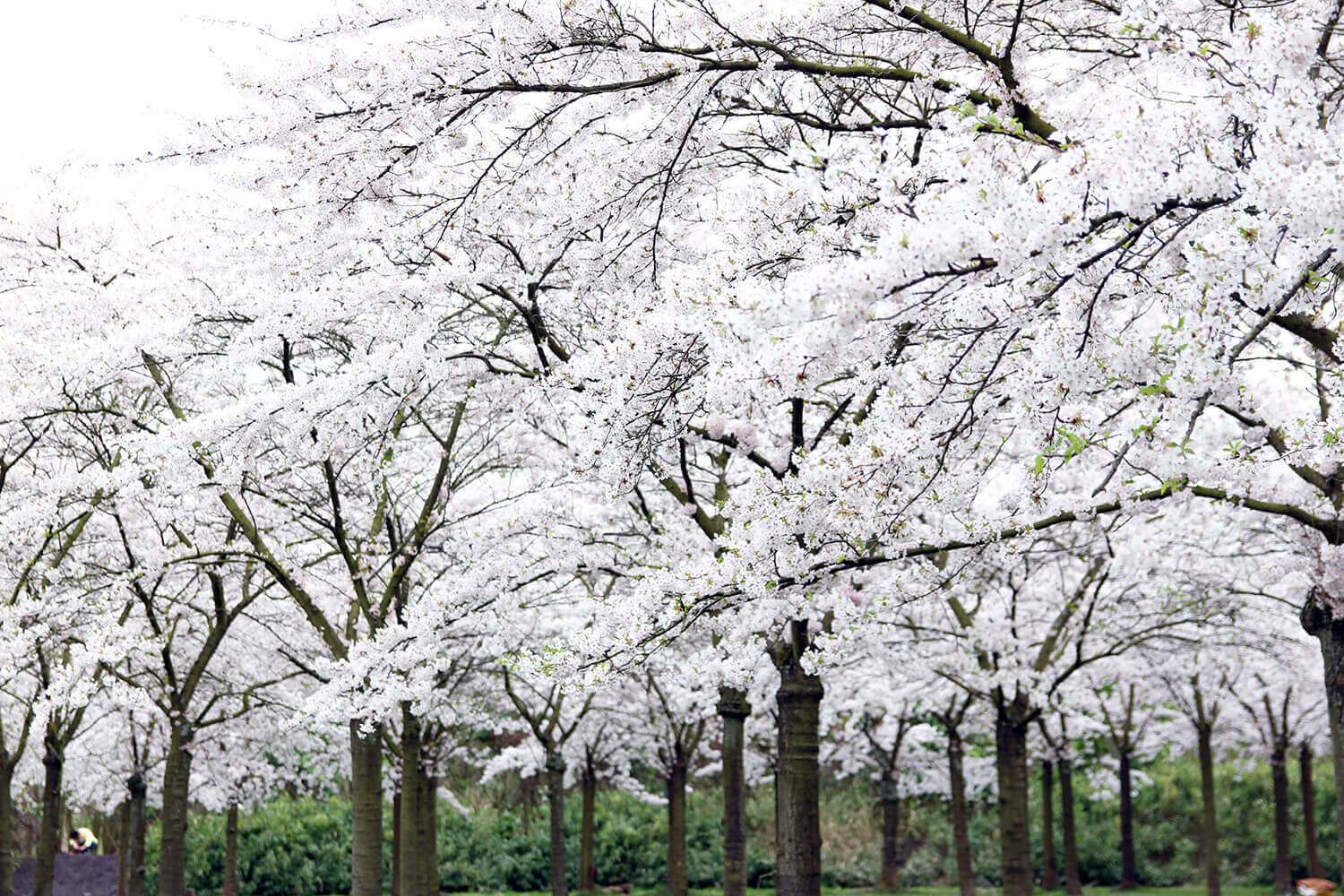 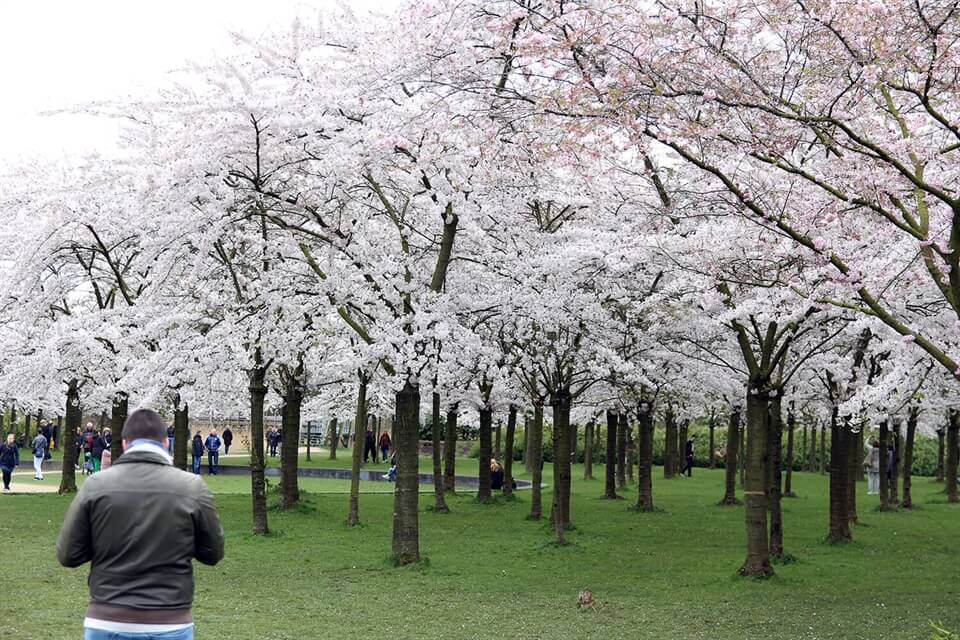 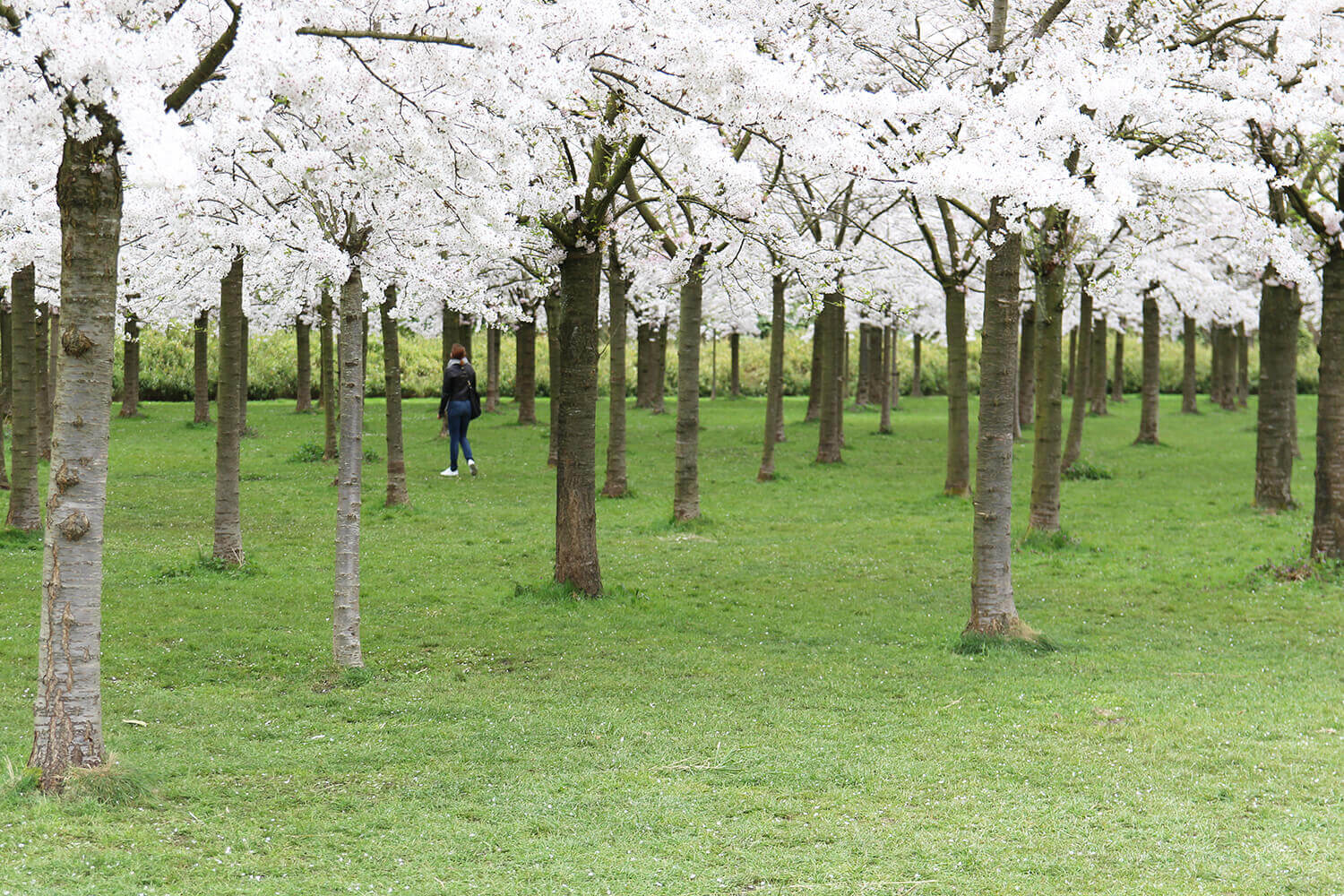 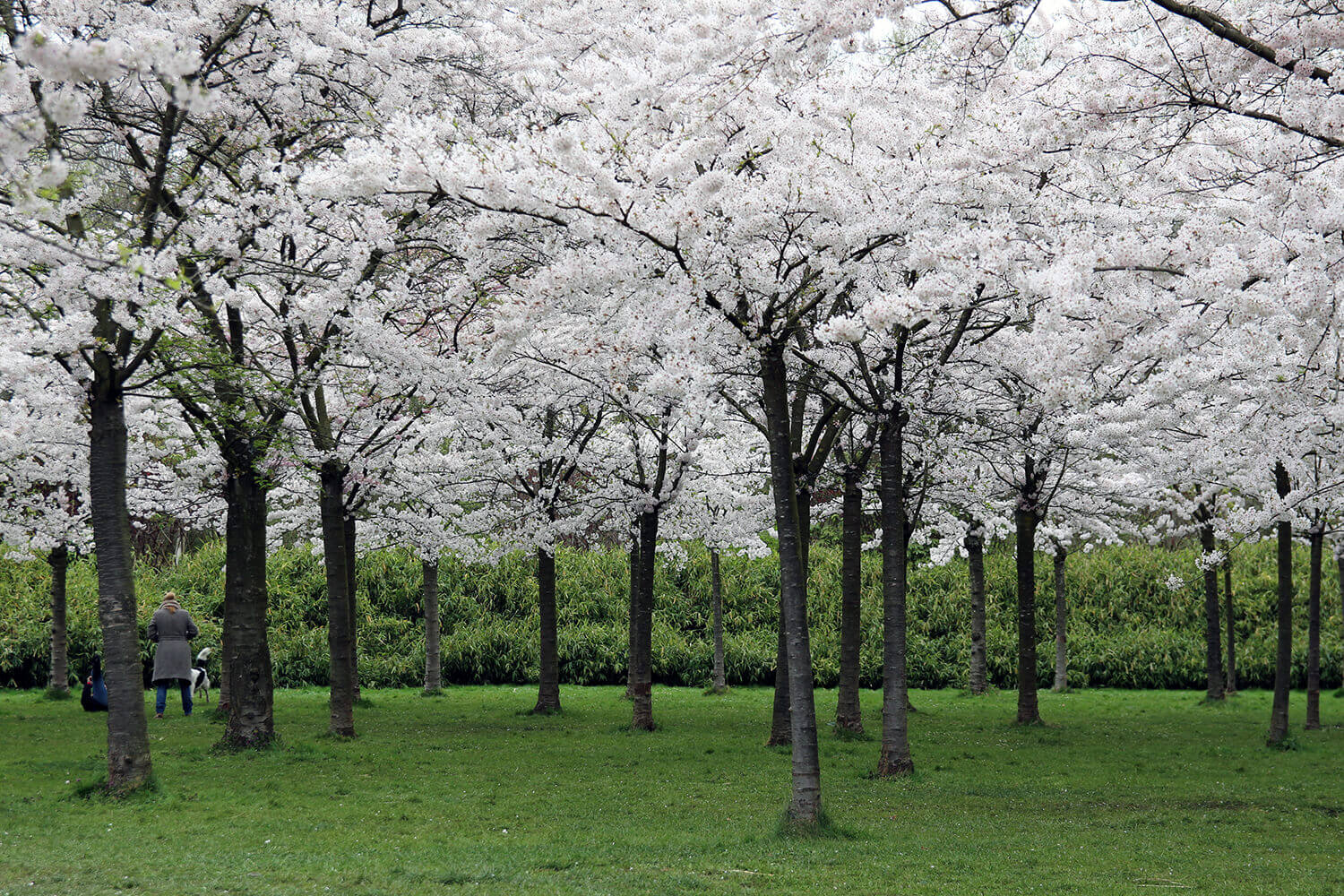 In order to make the most of your visit to Kersenbloesempark, here are some tips and things to think about before you go.

Firstly, you'll need to make sure you go at the right time. We visited on the last day of March and I would say that the week following our visit would have been the best week, although the week before would have also been pretty good. The blossom was just starting to fall in the wind, but there were also many buds that had yet to burst open. They say that you really only have a two-week window to see the blossom, but either end of that will not be optimal of course, so I would aim to be there within the first week of April, or thereabouts because of course, how the summer and winter preceding the spring have gone will also influence with the blossom blooms in Kersenbloesempark.

If in doubt and you have some flexibility keep an eye on this page to find out if they decide to put on the Cherry Blossom Festival again as that will give you a very strong indicator of when the best time to visit will be each year.

Secondly, I would keep an eye on the weather and dress accordingly. As I say, we judged it a bit wrong and it meant we didn't stay as log as we originally planned. Also, with that in mind, bring a picnic if the weather is looking good. 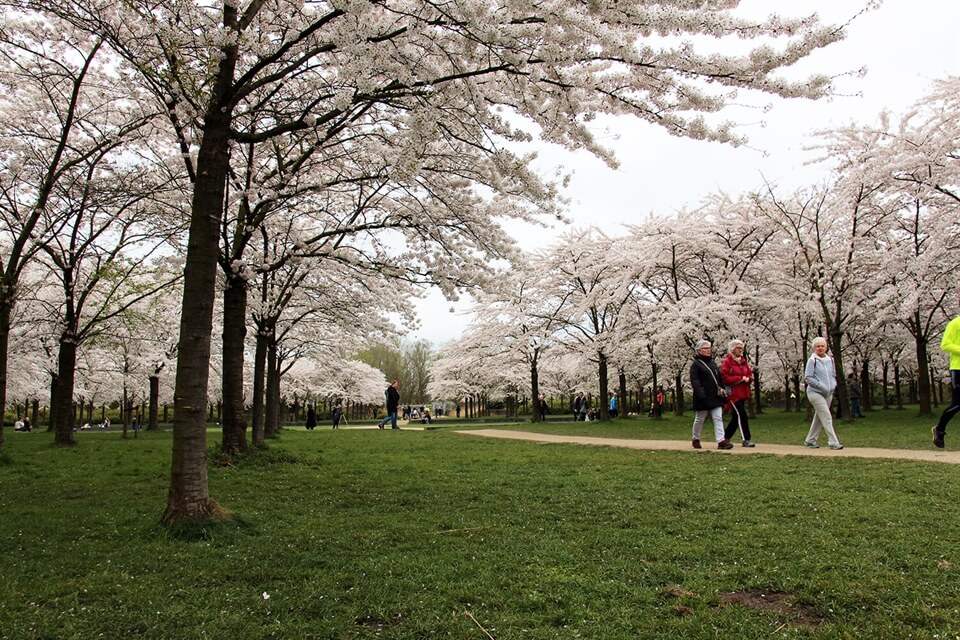 Getting to Kersenbloesempark from Amsterdam is a bit of a mission. By public transport you will most likely want to get a bus to Amstelveen and then walk just over a kilometer towards the woods. You should expect your journey to take around an hour from Amsterdam centre, but if you're staying in the south or west of the city it could take slightly less. FYI, Amstelveen is a nice little town to wander around too so you could make a day of it.

If you want to cycle to Kersenbloesempark that is also very possible, but be prepared for quite a long bike ride. I totally underestimated how knackering it would be but I did enjoy the exercise and on a warmer, sunnier day it would have been a lot more fun! 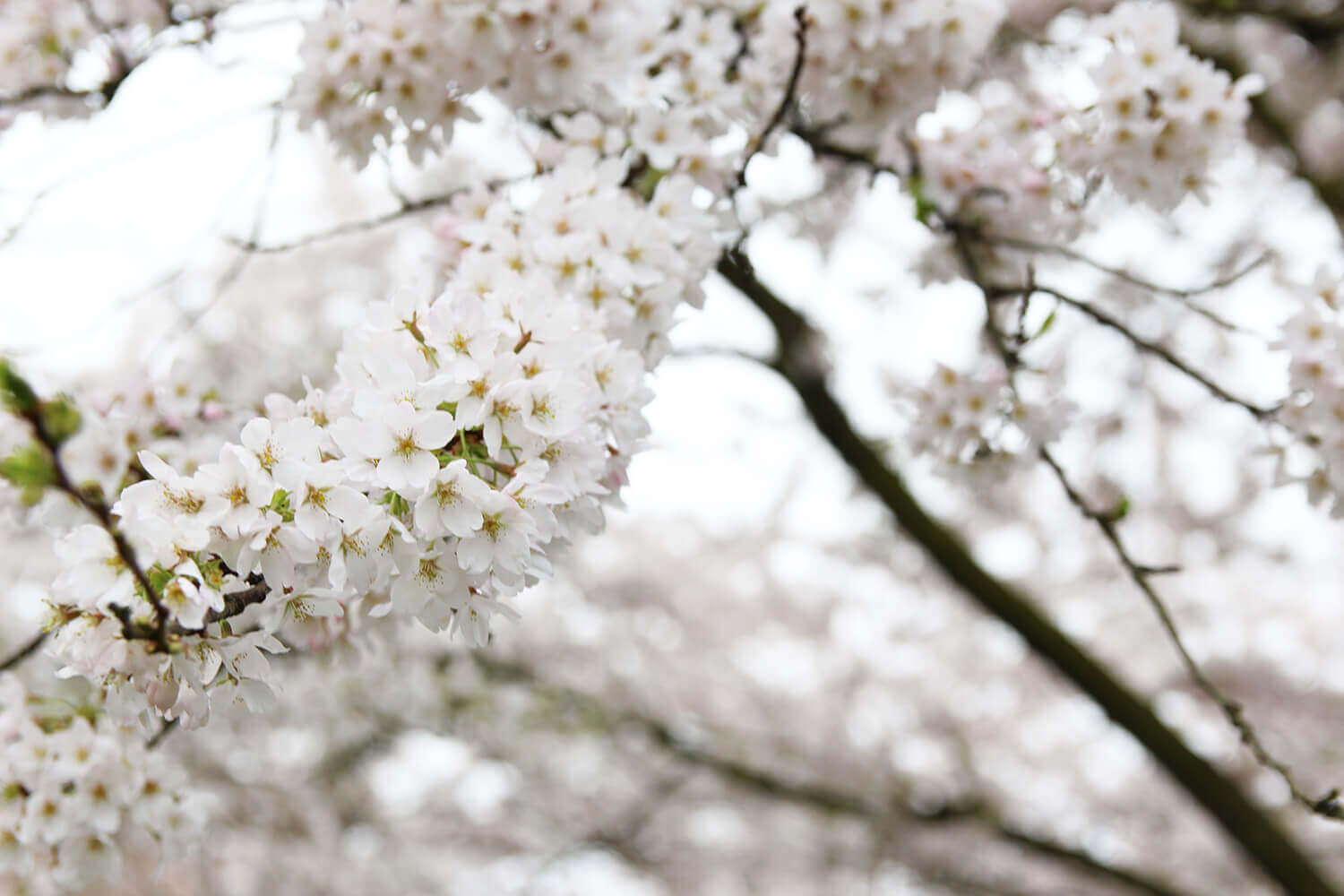 Londoner turned wanderer, Frankie is an author, freelance writer and blogger. Currently based in Amsterdam, Frankie was nomadic for two years before starting a family with her Australian partner. Frankie is the author of three short story collections, and is a freelance writer for travel and creative brands. In 2017, she launched WriteNOW Cards, affirmation cards for writers that help build a productive and positive writing practice. When not writing contemporary fiction, Frankie shops for vintage clothes, dances to 70s disco music and chases her two young sons around Amsterdam.
Find Frankie on Facebook, Twitter, Instagram, Pinterest, and Google+.
Next
Amsterdam Travel: The Best Things to do in Amsterdam in Summer﻿
Previous
Amsterdam Travel: Tipping in Amsterdam