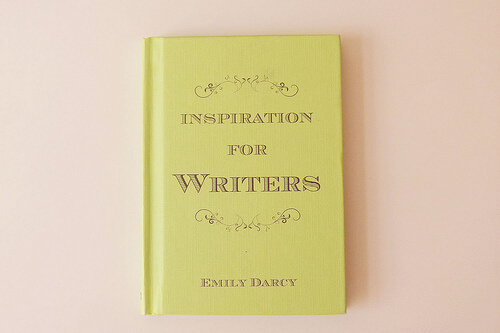 My good friend C (who can be seen with me here having a lovely day in Amsterdam during the summer) wrapped this little book called  Inspiration For Writers up and gave it to me as a Christmas present last year. I flicked through it after opening, teared up at her handwritten note on the front page and then I read a few of the first quotes.

And then, I'm sad to say, I forgot all about it. Packed it up in a box, put it in storage and a few days later we left to travel around Finland.

That box found it's way to the Netherlands recently and that little green book has been keeping me company all this long month of NaNoWriMo.

Here are my favourite quotes about writing from this book. I hope they spur you on to either finish NaNoWriMo or to just keep the creative juice flowing and those poor fingers typing...

"If you don't think there is magic in writing, you probably won't write anything magical." Terry Brooks

"Sit down to write what you have thought, and not to think what you shall write." William Corbett

"Just leave your mind alone; your intuition knows what it wants to write, so get out of the way." Ray Bradbury 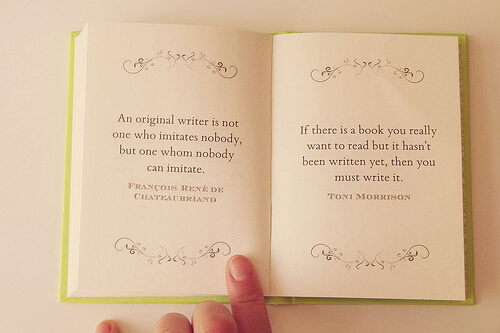 "Writing is 1 per cent inspiration, and 99 per cent elimination." Louise Brooks

"In a writer there must always be two people - the writer and the critic." Leo Tolstoy

"I was working on the proof of one of my poems all the morning, and took out a comma. In the afternoon I put it back again." Oscar Wilde

"I try to leave out the parts that people skip." Elmore Leonard 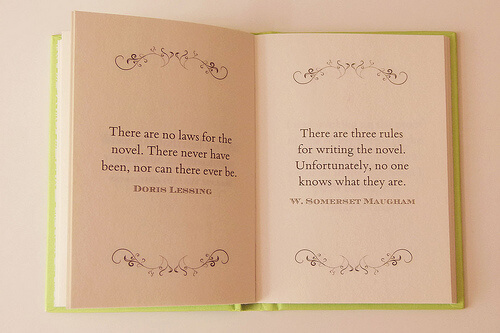 Quotes about being a writer

"We are all apprentices in a craft where no one ever becomes a master." Ernest Hemingway

"Every writer is a thief, though some of us are more clever than others at disguising our robberies." Joseph Epstein.

"If you can't annoy somebody, there's little point in writing." Kingsley Amis

"I'm most happy to be a writer." Maya Angelou 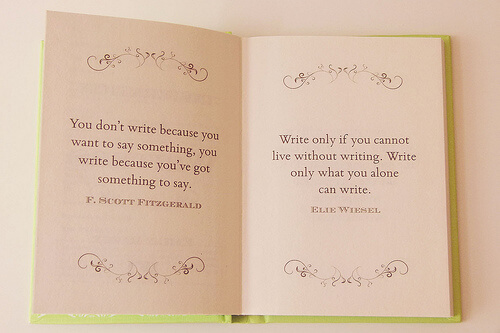 Quotes about the laws of writing

"There are three rules for writing a novel. Unfortunately, no one knows what they are." W. Somerset Maugham

"There are no laws for the novel. There never have been, nor can there be." Doris Lessing

"Forget all the rules. Forget about being published. Write for yourself and celebrate writing."  Melinda Haynes 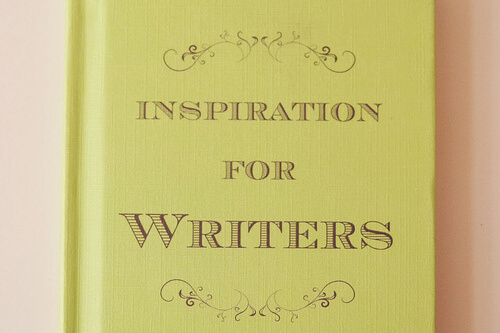 Londoner turned wanderer, Frankie is an author, freelance writer and blogger. Currently based in Amsterdam, Frankie was nomadic for two years before starting a family with her Australian partner. Frankie is the author of three short story collections, and is a freelance writer for travel and creative brands. In 2017, she launched WriteNOW Cards, affirmation cards for writers that help build a productive and positive writing practice. When not writing contemporary fiction, Frankie shops for vintage clothes, dances to 70s disco music and chases her two young sons around Amsterdam.
Find Frankie on Facebook, Twitter, Instagram, Pinterest, and Google+.
WRITINGNANOWRIMOBOOK LOVESTORYTELLING
Next
Dreaming in Black & White: Amsterdam Wintermarkt Christmas Markets in photos
Previous
MusicMonday: Music to Write to Playlist
Posts you may also like: